A BBC interview with two young single mothers takes for granted that society is to blame for their plight. 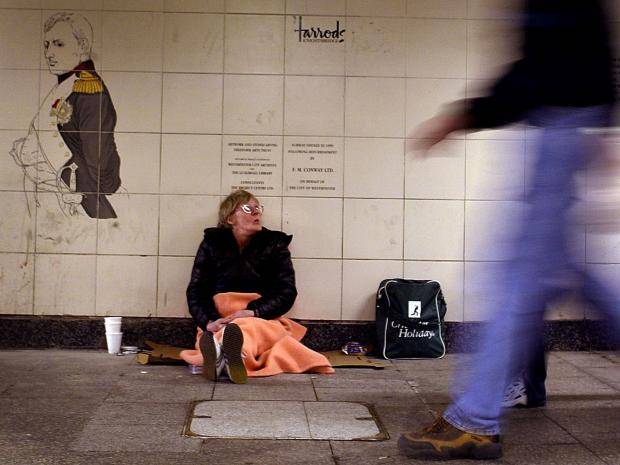 Recently, I had the painful experience of watching the BBC television evening news. I avoid television as much as possible, but I was in a friend’s house, and as it was part of his daily ritual to watch the news, I could not very well, as a guest, refuse to watch.

An item about halfway through the program spotlighted the increase in homelessness in Britain. Strictly speaking, this was not really news, since the increase could hardly have occurred overnight, or indeed over a very short period; and, of course, the item turned out to be opinion masquerading as information. Its tendentiousness was obvious.

The story largely consisted of interviews with two homeless single mothers of young children. They were temporarily housed in what seemed to be an old industrial and office block, converted into tiny living spaces, almost like cubicles. No one, I think, would have found it pleasant to live there.

The item drew attention to the fact that the owner of the block was making a very good income from the tenants who, the BBC told us, were each paying hundreds of pounds a week to live there. This was a very strange—and dishonest—way of putting it, since it was obviously not the homeless who were paying to live there, but the taxpayers who were paying for them to do so.

The two young mothers spoke of the difficulty of living in such a confined space, with so few appliances. One complained that she had only a microwave oven to cook with, a good example of the rhetorical device of suggestio falsi: in this case, had it not been for the injustice that forced her to live in this fashion, she would have been cooking healthful and well-balanced meals. Suffice it to say that surveys of eating habits in Britain suggest no such thing.

The two mothers, both quite young, complained bitterly of their living conditions; what struck me most was that the interviewer did not think to ask (or, if he did, it was rigorously edited out) how the situation in which they found themselves had arisen in the first place. It is possible, though unlikely, that the two young women had contributed absolutely nothing to their own misfortunes by, for example, making unwise decisions. It is possible, though unlikely, that they had no relatives in a position to help them, and that for them the state was the only conceivable source of social solidarity and support. But in any case, these matters did not arise; to have asked such questions would have been to blame the victims.

While it is perfectly true that no child should be brought up in such degraded and degrading circumstances, at least not nowadays, the blame for it was placed entirely on society, meaning the state and the taxpayers. The only solution offered was for the state to be more generous towards unfortunates such as the two young mothers. That this turned children into de facto tools of extortion, and that it made everyone responsible for the welfare of children except their parents, apparently did not occur to the producers of the news story. They passed on to other subjects, secure in the glow off their own sanctity.