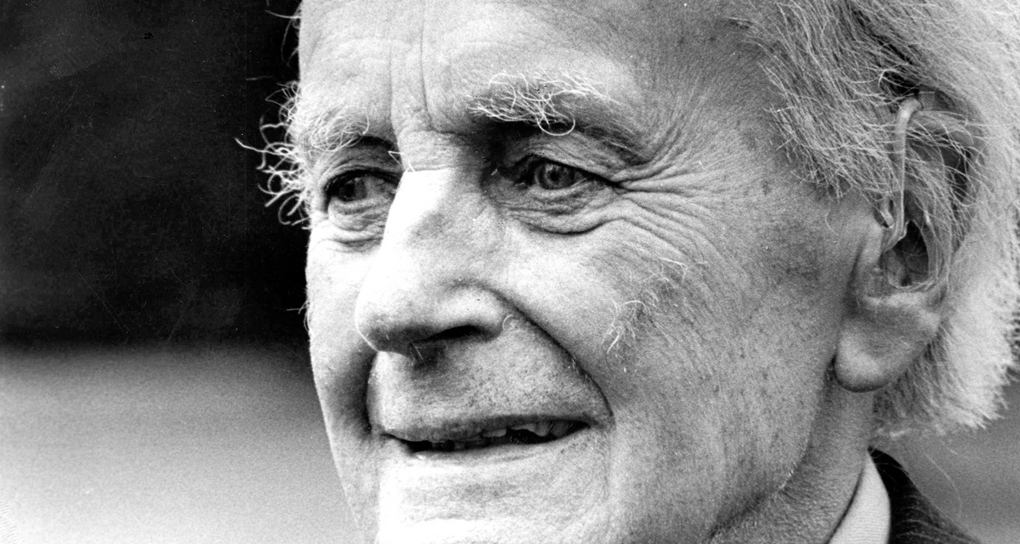 Perhaps, as the Irish writer Jonathan Swift asserted, it’s useless to attempt to reason people out of a thing they weren’t reason into. Yet, in the current midst of manifestations of the bad and the ugly in Germany and Britain, it is a pleasure to see the recognition of the good in the form of a relatively unknown Irishman, Hubert Butler, a righteous individual who courageously confronted evil words and deeds.

In August 2017 an Irish television station is airing a documentary on the life of Butler, a writer on a wide range of subjects, an Anglican who strongly opposed the refusal of leaders of the Irish Catholic Church to help Jewish victims of Nazi Germany. Butler was disgusted by the antisemitism in his own country. At its worst, it was expressed most vehemently by Oliver J. Flanagan, a Fine Gael politician and later minister of defense.

In his maiden speech in the Irish parliament, the Dail, on July 9, 1943 Flanagan’s diatribe was that Jews “crucified our Savior 1,900 years ago and they have been crucifying us every day of the week.” He suggested “root the Jews out of this country…where the Jews are, is the money.” Surprisingly, Flanagan was awarded a Papal Knighthood by John Paul II in 1978.

Butler was disappointed by the outcome of the international conference to discuss the plight of Jews held at Evian-les-Bains, France in July 1938 and was ashamed of the poor attitude of the Irish delegation there. Of the 32 countries attending, only two, Costa Rica and the Dominican Republic, agree to increase their quota of Jewish refugees. With the help of some Quakers Butler operated what was in fact his own, if small, refugee policy.

Butler, aged 38 at the time, fluent in Serbo-Croat, went in 1938 to Vienna on his own initiative and expense to rescue Austrian Jews, and smuggle them into Yugoslavia, and then to Ireland. In this way, he saved more than 100 Jews.  Irish policy at the time was that only Jews who had converted to Christianity could be allowed to stay in Ireland, and Jews who had not converted could go to the United States which they did if possible.

By contrast to this example of objective humanitarian behavior, two events have shown either the persistence of hatred or the implicit bias against the State of Israel. They also invoke the issue of maintenance of free speech in spite of its offence to some.

Imitation of past and persisting hatred was displayed when about 6,000 neo-Nazis invaded the small town with 3,000 inhabitants of Themar in Thuringia, Germany on July 15, 2017 in a demonstration called “Rock against Foreign Domination.”

With ominous allusions to the past, many of the marchers were wearing shirts “I Love Hitler,” gave the Hitler salute, and shouted “Heil.” They communicated a sick joke, “Whoever says A must also say Dolf.” Though Germany has banned unconstitutional organizations and those engaged in National Socialist activities, and though 500 citizens protested the march, two separate courts ruled in favor of the neo-Nazi march, holding that this far right group had freedom to organize the event.

More troubling and controversial is the production planned to take place at the Young Vic theater, in London, of a play called “My name is Rachel Corrie,” previously performed in London in 2005 when it played to full houses.

This is a short 70 minute calculated anti-Israeli play, based on the diaries and emails of a 23 year-old American pro-Palestinian activist, Rachel Corrie, a student. The production is controversial and disturbing for a number of reasons. The first is that it may be deliberately insolent and disrespectful since the opening will be on September 29, 2017, the night of Kol Nidre, the holiest night in the Jewish calendar.

A second problem is that the Young Vic theater is an organization that gets pubic funding from the British Arts Council, which therefore is implicitly financing a onesided production. It is clearly intentional that the play is a onesided portrayal of the Israel-Palestinian conflict, focusing on the Israeli treatment of Palestinians. No one will deny the importance of free speech, even if uncongenial, but it is dispiriting that the Young Vic, nor any other London theatre, let alone the Arts Council, is contemplating a more balanced perspective of the conflict.

This is important because the facts are clear. Rachel Corrie, in spite of the warning by the U.S. State Department not to visit the area because of the continuing fighting there, worked in the Gaza Strip for the International Solidarity Movement, ISM, a Palestinian-led group dedicated to assisting the Palestinian cause that calls on people around the world to participate in protests against the Israeli military.

Corrie was killed on March 16, 2003 while trying to prevent Israeli bulldozers from demolishing a house that Israel Defense Forces believed was hiding the entrance to tunnels used by terrorists. She was fatally struck by a bulldozer. The Haifa District Court ruling on the case that was brought found that Israel had neither intent nor negligence in her death. The Court held her death was accidental, and that she had put herself in a dangerous situation.

Three things are relevant in this case. One is that Corrie was not naïve but worked for ISM, world known as a prime example of partisan negativity, using its supporters virtually as shields for activists. A second matter is that the Gaza Strip was the scene of daily fighting since the beginning of the second Intifada, started in 2000 by Yasser Arafat as his widow Suha explained in December 2012.

A third, the most important point, is that the no context is provided in the play for the realities on the ground. It is not a question of innocent Palestinian civilians being killed by Israeli militants. The reverse is true. Palestinian gunmen used the structures in Gaza as cover to shoot at Israeli troops or to conceal the many tunnels being built by Hamas. The reality became known in the July 2014 war, Operation Protective Edge, when Israeli troops found and destroyed at least 34 tunnels for terrorists to use against Israeli civilians.

For any resolution of the Israel-Palestinian conflict and the elimination of antisemitism and unjustified attacks on Israel the example of the righteous Irishman sets an agreeable model. Hubert Butler with courage and conscience in opposing official prejudiced policy not only saved his country from shame, but showed the right path for humanity.