How NPR Still Reports Falsehoods About Those Murders of Muslims in Chapel Hill, North Carolina 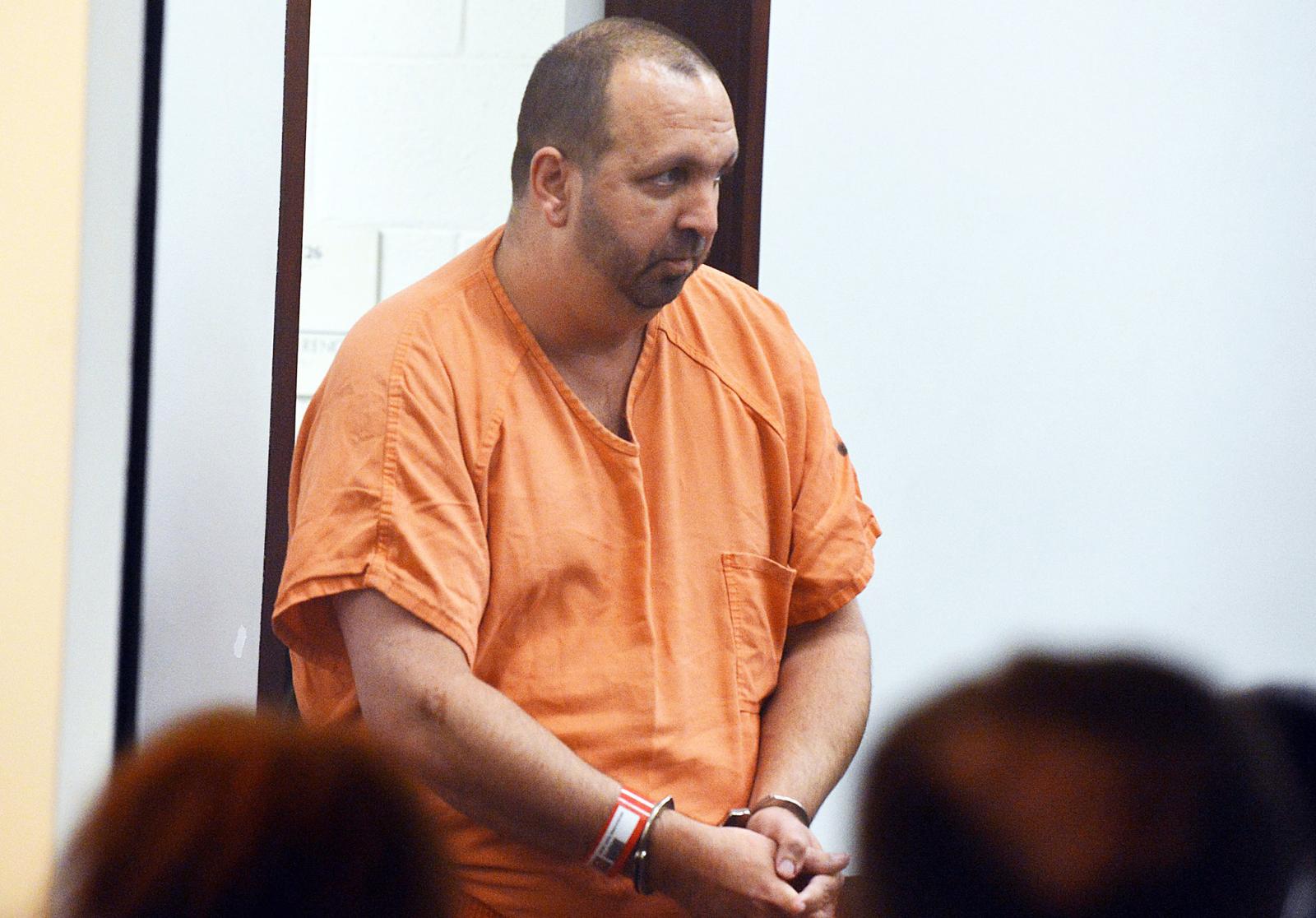 While listening to NPR on Sunday, October 9, 2020, at 1:25 PM Pacific Time, I heard the NPR announcer mention the “anti-Muslim killings some years ago in Chapel Hill.” This dreamy bit of misinformation, so offhandedly delivered (as if no one could disagree), startled me. And not for the first time.

On February 10, 2016, NPR ran a piece about the murders of three people — all Muslims — in Chapel Hill, North Carolina that had taken place exactly one year before. The murderer was Craig Hicks, who lived with his wife in the same apartment complex as the victims. Investigation of his Facebook page showed conclusively that Hicks leaned to the left in his political views, being especially fond of the Southern Poverty Law Center and the Huffington Post. He “liked” a group calling itself “Obama Backs Mosque Near Ground Zero: This Is America,” which naturally suggests he favored “a mosque near Ground Zero.” Hardly the sign of someone who is “anti-Islam.” And indeed, there is no record anywhere of Hicks ever mocking Islam on social media or making an anti-Islam remark anywhere else. But among the groups that he did like at Facebook were several dozen that were militantly anti-Christian: Jesus McChrist, Scary Bible Quotes of the Day, Silly Christians, Not Wasting My Sundays At Church, Arrest the Pope and Tax Religion, and a few dozen others of that ilk. He was obsessed with one religion, all right, and virulently hostile towards it, but that religion wasn’t Islam – it was Christianity. He even wrote: “Knowing several dozen Muslims…I’d prefer them to most Christians.”

But because the three people Craig Hicks killed were Muslims, at the time of the murders Muslims immediately swung into action, declaring that of course Hicks’s motive could only have been a deep-seated hatred of Muslims. Nihad Awad of CAIR was quick off the mark: “Based on the brutal nature of the crime, the past anti-religion [but they were all anti-Christian!] statements of the alleged perpetrator, the religious attire of two of the victims, and the rising anti-Muslim rhetoric in American society, we urge state and federal law enforcement authorities to quickly address speculation of a possible bias motive in this case.” Linda Sarsour, a well-known Muslim activist, insisted that the murders sent “a message to other young people in the Muslim community that the fear [of anti-Muslim hate crime] is valid.” There was much more in this vein from various Muslim activists, not one of whom could point to a single anti-Muslim statement or act by Craig Hicks. But if Muslims were killed, who cared if it was all about a parking space? It was about a parking space for Muslims. And that made it about Islam.

What everyone who came into contact with Craig Hicks knew was that he was very angry, but what he was very angry about was not Islam but the quality of life at his apartment complex. And what enraged him – the neighbor from hell – were such commonplace problems as too much noise coming from other apartments. One of the Muslim survivors said that the first complaint they ever had from Hicks was over the level of noise he and his friends made while they were playing “Risk”: “You were too loud, you woke up my wife.” But what really exercised Hicks were disputes over parking. Sometimes other residents would have more visitors than they had visitors’ permits for; sometimes those visitors, or the residents themselves, parked in places not designated for them. All of this was fodder for the lunatic Hicks. But he was as incensed with non-Muslims over parking problems as he was with Muslims.

Hicks’ wife of seven years testified: “I can say with absolute belief that this incident had nothing to do with religion of the victims, but it was related to a longstanding parking dispute that my husband had with the neighbors.” Not once in their seven years of marriage had Hicks ever mentioned any hatred of Muslims. But about parking spaces, he had plenty to say. And U.S. Attorney Ripley Rand was equally certain: “The events of yesterday are not part of a targeting campaign against Muslims in North Carolina…..there was no information this is part of an organized event against Muslims.”

None of this testimony has had the slightest dampening effect on the campaign not against but by Muslims to turn the Chapel Hill killings into a “hate crime.” And it is startling how many people – including those who work at NPR – still stubbornly insist on parroting the claims made by Muslim activists about a soi-disant “hate crime” five years after the event, when not a shred of evidence to support this claim has been found.

The NPR story broadcast on Feb. 10, 2016 (one year after the killings) was focused on what, in the face of this “hate crime,” proud Muslims were doing, such as becoming “visible and vocal” – wearing hijabs as an act of defiance (against all those presumed craigs-hicks emulators): “This [the murders] happened, but it [this “hate-crime”] can’t stop us from being who we are, from practicing our faith – because it [Islam] is beautiful, it’s [Islam] peaceful.” Thus Summer Hamad, who found it important to bravely become “noticeably Muslim around her community…If I was doing something good like volunteering, which we do a lot, I wanted people to know that we’re also Muslim” (and thus see how peaceful, giving, wonderful we are).

“In the year since the shootings,” noted NPR in that broadcast, “many local Muslims…have chosen to be more visible in their communities. They’ve become more proactive about sharing their faith [I have myself endured more than one Muslim Outreach Night at the Mosque, with lamb and chicken and pita bread and unlimited helpings of taqiyyah], engaging with their communities, and trying to create a collective embrace.” Omid Safi, a Duke professor of Islamic Studies, says “We’ve opened our homes, we’ve opened our hearts, we’ve stood out: proud as Americans, proud as human beings, proud as Muslims.”

NPR offered an advertisement for Muslims who in 2016 were bravely looking beyond “the hate crime,” but taking it as a reason for coming together, creating a community center, conducting outreach so that the Infidels around them would see Muslims engaged in good works, and not be tempted to do what Muslims claim (wrongly) Hicks did to them. The NPR report scants the overwhelming evidence offered in 2015 that there never was a “hate crime” at Hicks’ apartment complex.

Instead, the 2016 report on NPR was full of news about what Muslims in North Carolina had been doing to:

2) “promote and project the true image of Islam” (Mohammad Moussa)

NPR is all for this. What NPR is not all for is stating truthfully what the crime was about: a lunatic neighbor, a parking dispute, a sudden murderous explosion.

After giving glowing accounts of the three victims (Deah Barakat, a dental student; Yusor Abu-Salha, about to become a dental student, and betrothed to Barakat; and her sister Razan Abu-Salha) meeting for dinner, the one that Craig Hicks would murderously interrupt, NPR summed up the matter in its Feb. 10, 2016 broadcast:

Chapel Hill police initially said the shootings were triggered by a parking dispute, but to many people around the world and in the community, it felt and looked like a hate crime. Hicks, who openly bashed religion on social media, confessed shortly after the act…

Notice the meretriciousness in this two-sentence paragraph. By writing that “Chapel Hill police initially said the shootings were triggered by a parking dispute,” NPR implied that they have since had reason to reconsider. But they haven’t. All the evidence, whether gathered initially or later, including the testimony of Hicks’ neighbors and his wife, and all the social media evidence subsequently turned up, support and reinforce the notion that the murders were indeed “triggered by a parking dispute.” Chapel Hill police believed this not just “initially.” They have believed it ever since.

Note, too, how NPR cavalierly claimed that Hicks “openly bashed religion on social media….” without specifying whether he bashed religion in general, or a particular one, and if a particular one, which one. An innocent reader would assume, given all that “hate crime” talk, that it was Islam that Hicks “openly bashed.” But when his Facebook page is studied, it is clear that when Hicks “bashed religion,” it was always Christianity, never Islam, that sent him over the edge.

Here is a different sentence to sum up where things stood in 2015, when the crime was committed, and in 2016 with the anniversary broadcast,, and where things still stand in 2020, with the Chapel Hill murders. It’s a sentence which I have composed and offer as a contribution for the enlightenment of NPR:

Chapel Hill police continue to believe that the shootings were triggered by a parking dispute, although many Muslims around the world and in Chapel Hill persist, for obvious reasons, in claiming it was a hate crime. Hicks, who openly bashed Christianity on social media, confessed shortly after the act…

Isn’t that a truthful statement? Isn’t it true that there is a mountain of evidence to suggest that Craig Hicks was anti-Christian, and none that he was anti-Muslim? Isn’t it true that he could become incensed over loud noise coming from neighbors in his apartment complex, and that Hicks was also enraged when others parked their cars in the space assigned to him?

Apparently NPR has decided that, no matter what all the evidence points to – that Hicks’s rage had nothing to do with Islam, and everything to do with parking spaces – it was going to continue to misinform its listeners. And so the NPR speaker repeated his network’s original, baseless, untrue explanation for the killings by Craig Hicks. “Anti-Muslim killings.” Also sprach NPR. And too many people will no doubt believe it.