The Huddersfield Examiner is reporting from Crown Court Leeds about this latest Muslim rape gang trial which started this week. These reports are from Wednesday and Thursday.

An underage girl was raped by a Huddersfield man before being punched in the face by his wife, a court heard.

Giving her evidence-in-chief today (Wednesday), she said the man’s wife physically assaulted her after the second occasion.

She told jurors: “The door just burst open, she came flying in, I can’t remember the words that came out of her mouth but it was abusive and she punched me in the face.” She said the man’s wife called her a ‘wh***’ and said something to the effect of: “You have f**ked my husband.”

She told jurors that issues in her life led to her skipping school and making new friends. She said that one night one of her new, older friends took her to meet two men in a car where she drank vodka from a plastic cup.

The complainant said she woke up in Huddersfield Royal Infirmary with no memory of how she got there or how long she had spent in the car. She said she had never had a sexual encounter before the incident and was bullied in school about the incident.

She said she had oral and vaginal sex with a man she did not know in the house as she felt pressured due to the car incident.

Teen was ‘locked in Huddersfield house for days and raped by multiple men’, court told

An underage girl was locked in a Huddersfield house and raped by multiple men over the course of several days, a court heard. The teenager was allegedly kept in the cellar of a house and forced to have sex with between three and 10 men, only some of whom she knew.

Leeds Crown Court heard it was one of multiple occasions between around 2005 and 2008 when she was sexually abused by a number of males.

The woman told jurors today (Thursday) that a man who cannot be named for legal reasons had taken her to the property where there were a number of men and a couple of other girls.

Prosecutor Richard Wright QC asked her: “How long do you think you were kept in that house for?”

She said Mohammed Sajjad gave her food in the form of no more than two takeaways during all the time she spent in the house.

Mr Wright asked: “Did you want to have sex with men in that house?”

She replied: “No, I wanted to go home.” But she said she was unable to leave, adding: “The door was locked and the windows weren’t open.”

Speaking about another occasion, she said Manzoor Akhtar took her to a flat where there were other men and she had sex with three men whom she did not know.

The men deny 25 charges including rape, attempted rape and and trafficking for sexual exploitation, while the woman denies two charges of arranging or facilitating the commission of a child sex offence. 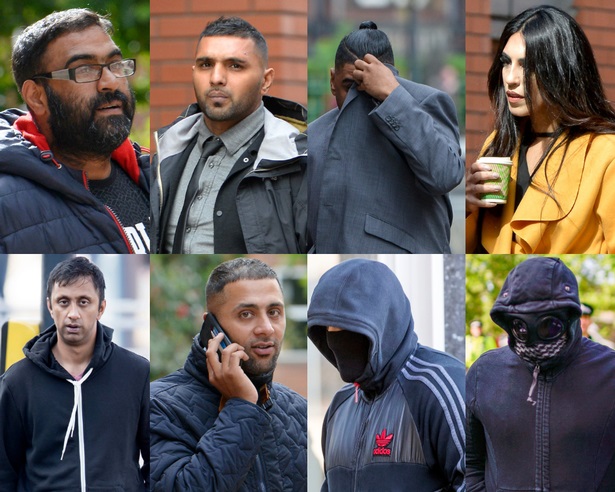 PrevWhat the West Owes to Islam
The Meaning of Parashas Ki Seitzei – When you go to War: 9/11 and Defeating AmalekNext