I am frightened for us as women 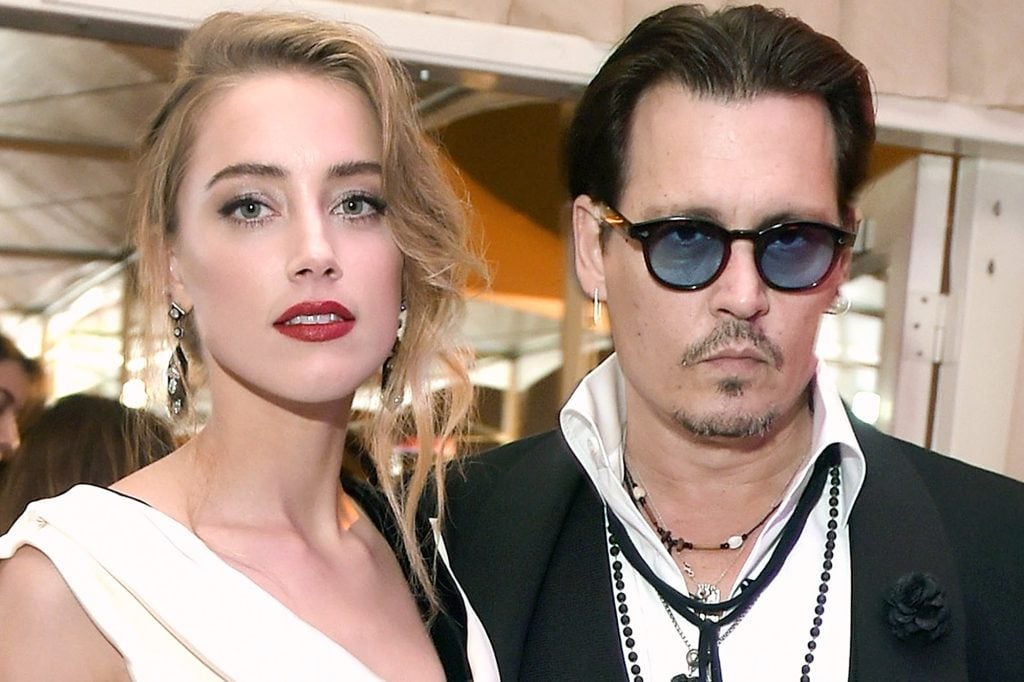 And now, I am even more frightened for us as women.

The jury which has just found for Johnny Depp against Amber Heard reminds me that woman are as endangered as I feared we were—especially when we fight back or dare to expose male violence.

Most women are still not believed or respected; few are ever perfect enough victims. Add to that the fact that, like men, women are as close to the apes as to the angels and are capable of exaggerating and lying, capable of committing High Crimes and Misdemeanors. Add to that, that women have been exposing and fighting back against sexism and continue to face a backlash which is increasing by the second.

Also, Depp drew scads of screaming, swooning female fans. Perhaps some women just dislike other, perhaps more beautiful women and love, just love, Bad Boys. And some men may feel that Depp is their pirate gladiator who fought back on their behalf given the (unfair) humiliation leveled against all those men whom the #MeToo movement brought down or tried to bring down: Bill O’Reilly, Matt Lauer, Harvey Weinstein, Jeffrey Epstein, Woody Allen, etc.

I did not view the Depp-Heard trial nor did I read any of the articles about it. Celebrity culture does not really interest me. I do not view most trials and such a trial as forms of entertainment. They are more often blood sports and I am not a voyeur.

What was Heard’s crime? I went back to the beginning, to her December 18, 2018 op-ed in the Washington Post. It does not mention Depp. It is a low-key, everyday feminist piece. I could find nothing inflammatory, unusual, or wrong with it—but that’s because I’m also a feminist. Heard writes:

“Like many women, I had been harassed and sexually assaulted by the time I was of college age. But I kept quiet…and did not see myself as a victim…Then, two years ago, I became a public figure representing domestic abuse and felt the full force of our culture’s wrath for women who speak out.”

Heard claims that she lost career opportunities and  saw how “institutions protect men accused of abuse…the #MeToo movement has taught us how power like this works, not just in Hollywood but in all kinds of institutions.”

Heard argues for the re-funding of the Violence Against Women Act and points out that former President Trump “has been accused by more than a dozen women of sexual misconduct.”

Strange, Trump has also not sued her for defamation.

Heard refers to death threats and to having to change her phone number and writes that she wants to “ensure that women who come forward to talk about violence receive more support.”

I do not see how this vanilla op-ed piece led Depp to bring this lawsuit. However, people are telling me that she did, indeed, “defame” him in countless media interviews, and that he was moved to act so that his career would not be ruined and his children would not think him capable of violence against a woman. Not even when he was drunk and on drugs. Not even when Heard had photos credible enough to help her obtain a restraining order against him.

Well, she may have hit him too. Or “provoked” him—so all his female fans say.

Oh yes, many women seem to be supporting him, not her. Well, our people are known to write love letters to serial killers and run-of-the-mill murderers—and to marry some as well.

But I must ask: What kind of man would actually bring a public defamation lawsuit against his former wife? How great could her crimes have been? How much was he quick to anger/how much had she aggravated him?

Here’s how such a man sounds in a series of text messages.

“Hopefully that c—t’s rotting corpse is decomposing in f—g trunk of a honda civic.”

In another text, Depp fantasized about having sex with Heard’s “burnt corpse” to make sure she was dead.

Finally, Depp wrote that Heard was “begging for total global humiliation. She’s gonna get it.”

He also referred to Heard as an “overused flappy fish market.”

What a nice guy.

Perhaps justice was served by this verdict. But here’s what puzzles me. Heard’s article is, as I’ve noted, entirely vanilla and does not name Depp. Apparently, journalists around the world kept asking Heard about Depp and she kept saying whatever she said. (I admit it: I have not read or seen any of this).

If the media truly defamed Depp, if they quoted Heard without checking out the facts and/or without getting Depp’s side,  I must ask: Why hasn’t Depp sued the media? Oh, he did—but he lost against the Sun. But the media apparently chose to keep quoting Heard about the Depp. And We, the People ate it all up, gossip sold the rags. And now this never-ending trial has sold more rags.

One cannot generalize based on single trial. Perhaps justice really was served.

And yet—consider the moment in which we find ourselves. Very few “real” rape cases are ever prosecuted. Incest—rarely. Domestic violence—a bit more than before but far, far from having been abolished. Pornography and prostitution in which women are “holes,” and/or “ho’s”  have only increased exponentially. Many of the poorest American women are about to lose abortion. We are not even referred to as “women” anymore. Gender identity speech codes increasingly demand that we be referred to as “menstruating people” or, in terms of surrogacy, as “breeders” or “surrogate uteruses.”

Despite some real progress for some women; despite the ways in which feminist ideas and ideals have travelled globally; I still fear that all women are now facing what always was—as well as an ugly backlash.