I Have Seen London’s Future and It Is Caracas 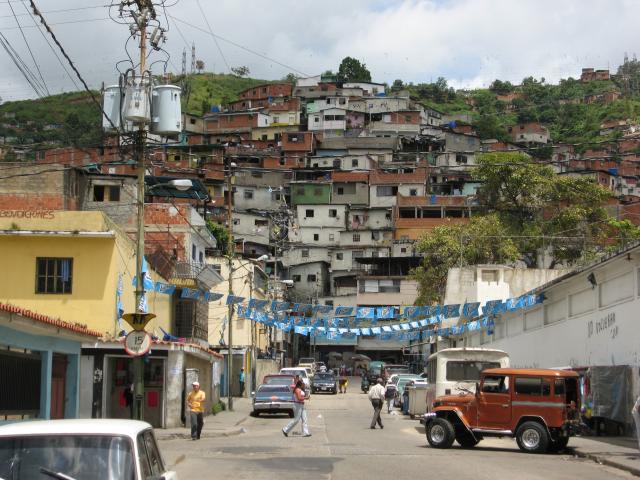 Important (for good or evil) as Brexit may be to the future of Britain, it is not without its importance for the European Union. Indeed, it was always essential for the Union that Britain’s departure should be an economic disaster for Britain: for if it were not, why have a union at all?

It was therefore entirely predictable that the Union should drive a hard bargain with Britain, even a bargain economically harmful to itself, provided only that it was worse for Britain: for the self-preservation of the European political class is at stake. In the European Union politics always trumps economics.

In Britain too, political considerations were uppermost in the minds of those who voted for Brexit. They saw in the European Union a Yugoslavia in the making, led by a megalomaniac class without effective checks or balances. But now they are increasingly apprehensive of the economic costs of Brexit.

And the economic auguries for Britain are indeed poor, though not only, or even principally, because of the European Union’s hostility. The fact is that Britain is unlikely to be able to take any advantage of life outside the European straitjacket because its own political class is itself in favour of straitjackets that are no better, and quite possibly worse than, the European ones. The present Prime Minister, Theresa May, is very much a statist, indistinguishable from European social democrats, and the leader of the opposition, Mr Corbyn, who might well be the next Prime Minister, is an unapologetic admirer of Hugo Chavez. It is hardly to be expected that foreign investors will place much trust or confidence in an isolated country whose next government might very well weaken property rights, impose capital controls and increase corporate taxation in favour of supposed social justice. It would not take very long to turn Britain into a northern Venezuela: a Venezuela without the oil or the tropical climate.

Moreover, Britain already has many weaknesses and few strengths. It has a huge and persistent trade imbalance, because it does not produce enough of what the world wants and cannot easily be made to do so; it has a large national debt, about the same size as that of France, but without a highly functioning infrastructure such as France’s to show for it; its household debt is among the highest in the world. For many years, its economic policy might as well have been presided over by Mr Madoff; its social policy has been to smash up all forms of social solidarity or support for the vulnerable that do not pass through the state. The destruction of the little platoons has been very thorough: most large ‘charities’ in Britain are now dependent on government rather than on private funding, and hence are in effect departments of state.

As if this were not enough, Britain has enormous cultural problems, perhaps only to be expected in a country in which more than fifty per cent of children are born out of wedlock and twenty per cent do not eat a meal with another member of their household more than once every two weeks. A dangerously high and perhaps unsustainable proportion of the population is unfitted for productive life in a modern economy, having attained an abysmally low educational level despite (or because of?) considerable state expenditure. This section of the population is not merely indifferent to refinement of any kind – intellectual, aesthetic or of manners – but actively hostile to it. Similarly, it is not merely not anxious to learn, it is anxious not to learn.

This explains why Britain has persistently imported labour from Eastern Europe to perform tasks in its service industries that ordinarily one might have expected its large fund of indigenous non-employed people to perform. The fact is, however, that though these tasks require no special skills, they did require certain personal qualities such as reliability, politeness, and willingness to adapt: and these the eligible local population lack entirely. No hotel-keeper, for example, would consider using British labour if he could get foreign.

Perhaps nothing captures the levels of personal incompetence and lack of self-respect in Britain than the fact that young men of the lowest social class are about half as likely to die in prison as they are if left at liberty. In prison, though adult, they are looked after, at least in a basic way, and told what to do. They are no longer free to pursue their dangerous and crudely self-indulgent lifestyle, in which distraction is the main occupation. In prison they receive the health care that, though it is free to them under the National Health Service, they are not responsible enough to seek when at liberty. In short, they do not know, because they have never been taught, how to live in a minimally constructive fashion, though they were certainly not born ineducable.

No doubt other comparable countries have similar problems, but none (at least, none known to me) has them to anything like the same extent. These problems do not originate from Britain’s membership of the European Union, nor will they be solved by exit from the Union. They can be solved only by something more resembling a religious revival than by any likely government action. But expecting a population to bethink itself while simultaneously being offered political solutions that require no effortful cultural change is unreasonably optimistic. And politicians are unlikely to be frank about the problem for two reasons: first because alluding to the deficiencies of their electorate is probably not the best way to get elected, and second because it downgrades the providential role of politics, which politicians are understandable reluctant to do.

As if this were not quite enough, the hold on the country’s intelligentsia of statist solutions to practically all problems is still immensely strong. Nowhere is this more evident than in its attitude to the National Health Service, the establishment of which it almost universally regards as having been a great achievement, perhaps Britain’s only great achievement of the twentieth century. This is despite all the evidence that it has not been egalitarian in its effect, as it was originally supposed to be, or that almost all Western European health systems are superior to it. The fact that all Western Europeans regard it with at least disdain, and more usually with absolute horror, does nothing to shake the British intelligentsia’s faith in the essential goodness of the National Health Service. The only perceived problem with it is that it underfunded: the same problem as with all other government services. In the struggle between rhetoric and reality, rhetoric always wins.

The population by and large follows the intelligentsia, and the politicians follow the population; but the only economic advantages to Brexit would be the possibility of a nimbler, less regulated and bureaucratic economy. There is now no prospect of this. Therefore, I have seen the future of London, and it is Caracas – or very might be.

PrevDaniel Altman: ‘This Is How Every Genocide Begins’
SHEFFIELD TERROR PLOT: The latest developments. Police officers are to continue searching the Fatima Community Centre and mosque in BurngreaveNext