In Search of Justice in France 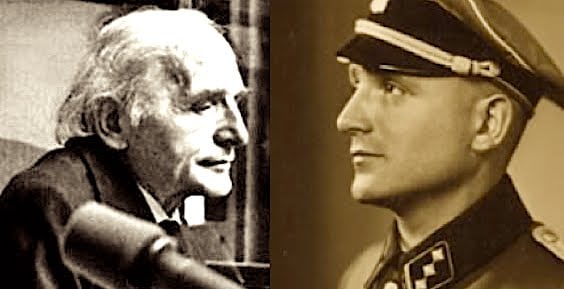 In one of his essays Henry James remarked that “Life is, in fact, a battle. Evil is  insolent and strong…goodness very apt to be weak.” Recognizing that this is not illusion, it is heartening that individuals, rare though they might be, devote their life to one essential task, displaying the strength of goodness in fighting the battle against evil and injustice, roguery and villanous men. High on the list of those who dedicated their life to this battle are an incomparable couple, a French Jew born in Romania and a Protestant German, daughter of a man who fought in the Wehrmacht in World War II but was not a Nazi.

A new book, Hunting the Truth: the Memoirs of Beate and Serge Klarsfeld, reminds us of this couple whose activity was in hunting, exposing and help bring to justice Nazi crimimals and French collaborators and participants in the Holocaust, the memory of which they perpetuated. The couple pointed out and fought antisemitism in Europe and elsewhere, and also modern day acts of genocide, such as that of Bosnian Muslims in 1996, all over the world. The Memoirs, written in alternating voices, relates the story of their exploits, if not always presented elegantly. But the very appearance of this book is a reminder of problems not only of the dark years in wartime Europe but also still at large in contemporary France.

Serge, born in Budapest, Hungary in 1935, was brought to France as a child and lived in Nice. His father was arrested by the Gestapo on September 30, 1943, sent to Auschwitz  where he died at age 39. Serge who had hid behind a false wall in a cupboard when his father was arrested, was saved from capture by help from a charity organization, and members of the Resistance. Beate, born in Berlin, Germany in 1939, was the daughter of an insurance agent. The couple had improbably met in a Paris metro station, and spent their lives together creating the family business of tracking down evil criminals. For their work they received honors, the French Legion of Honor in 1984, upgraded in 2014 to the highest level, and the German Federal Order of Merit among others, but they have been imprisoned for their beliefs, insulted, threatened with death and car bomb attacks.

Beate, a supporter of Social Democrat Willy Brandt,  became famous, even notorious, for her physical assault on German Chancellor Kurt Georg Kiesinger. She realized there was a conspiracy of silence in Germany about the fact that former Nazis were present in high echelons in post war Germany. Kiesinger had been a Nazi broadcaster and propaganist, a party member since 1933. Wanting to draw attention to the fact that an ex-Nazi had become Chancellor she labeled him a subtle fascist . She decided to act, first shouting at the Chancellor, “Kiesinger, Nazi resign” and then on November 7, 1968 slapping him, an action for which she served four months in jail.

For Beate and Serge the same issue was troubling in Germany and France, the vast majority of government officials who had committed crimes against humanity during World War II had not been indicted for war crimes.

The Klarsfelds by their assidious research and documentation helped in the identification and capture of Nazis and others responsible for those crimes. Their main activity was collecting the documents on Nazis and on the role of French officials of the Vichy regime who participated in the Holocaust in France. They founded in 1979 the Association of Sons and Daughters of Jews Deported from France, the FFDJF.

They were active physically as well as intellectually. Serge took people to death camps and places from which French Jews were transported to their death. They provided documents to all organizations concerned with memory of the Holocaust, they were responsible for installation of plaques and other monuments at sites of Jewish tragedies. They organized exhibitions and reference books, as memorials of the deportation.

One Memorial is a major achievement by any appraisal. French Children of the Holocaust: a Memorial, a 2,000 page to bring hime to France. work with alphabetical listing of the 11,000 children who were among the 75,000 deported from France, and including  photos of the children. Even today, this majestic work cannot be read as President Emmanuel Macron has said, without tears and unspeakable disgust.

The Klarsfelds will be remembered for their emphasis on using the legal system to try the perpetrators of the Holocaust and to prevent their rehabilitation as honored citizens. Among the most well known of the villians are Kurt Lischka, Jean Leguay, Alois Brunner, Klaus Barbie, Herbert Hagen, and  Maurice Papon.

Kurt Lischka, head of the Gestapo in Cologne, became the Gestapo head in Paris, and the deputy in France.  Serge once thought of kidnapping him and bringing him to France for trial. On December 7, 1973, Serge threatened Lischka with a gun but did not kill him. The issue, then as always with the Klarsfelds was not one of personal vegeange but of bringing a criminal to justice. This was belatedly done for Lischka in 1980 in Cologne.

The Klarsfelds tried to track down and capture Alois Brunner who was in Damascus working for President Hafez al-Assad, but failed to bring him to France. They did unmask others, the Nazi activities of Kurt Waldheim then running for reelection as President of Austria, and Klaus Barbie. Serge had tracked Barbie, epitome of the Nazi criminal and the man who had tortured to death Jean Moulin, the Resistance hero, to Bolivia, and wanted him arrested.

Klarsfeld comment on these evil people, like Herbert Hagen  head of the Gestapo in Bordeaux, and assistant of the SS police force in France is insightful. Serge held that like other Nazi criminals, Hagen was a desk killer, had not dirtied his hands, he was not a sadistic torturer, but used his fanatical intelligence in the service of evil. Hagen was in fact convicted in abstentia in France, and in 1955 in Germany to life imprisonmemt.

Klarsfeld ‘s argument and that of his son Arno, a lawyer and the former boy friend of Carla Bruni, wife of former President Nicholas Sarkozy, is similar in the cases of French collaborators, particularly Jean Leguay in 1989, Rene Bousquet 1993, Paul Touvier 1994, and Maurice Papon, 1998.

Papon had been a Vichy official and concerned with Jewish questions in Bordeaux in 1942,  became Paris chief of police, 1958-67, and Minister of the Budget. Arno’s analysis on Papon was devastating. Papon was not a bloodthirsty monster but simply a man who forget the republican values of compassion and humanity in his desire for professonal advancement. Papon never had the courage to say no over his chance for glory. Interestingly, Serge was the only one of 16 witnesses at a jury on Papon to say there was justification for legal proceedings against him. Finally, in January 1983 Papon was charged with crimes against humanity.

Serge challenged and disposed of the argument that Marshall Philippe Petain, head of Vichy, was responsible for saving French Jews. On the contrary, Serge made public a document that proved the decisive role by Petain in the writing of the Jewish decree adopted by Vichy on October 3, 1940, and his deep antisemitism. Petain did not act to mitigate antisemitic acts in any serious way. Serge was one of the first to argue that the Germans did not pressure the French into imposing  an antisemitic decree on Jews in France.

Klarsfeld is unhappy that previous French presidents, Francois Mitterand and even Charles de Gaulle, remained silent about French collaboration during the war in the interest of appeasement and reconcilation of French people of different views, and who never said a word about French responsibility for the infamous Vel d’Hiv roundup of 13,152 Jews on July 16-17, 1942. Appeasement by the presidents had prevailed over the truth.

Currently, French leaders are warning this should no longer be the case. In the very generous tribute paid to Serge by President Macron, the president follows Klarsfeld’s legacy in concluding that the corruption of minds and moral and intellectual weakness that racism and antisemitism represent are still present: they take new shapes and chose more surreptitious wording.

Macron complains that his country did not mobilize, neither press nor TV, in protest against recent outbreaks of antisemitism in France. Hatred of Israel, anti-Zionism, has led to hatred of Jews, antisemitism. It is welcome news that French leaders are determined not surrender to this hatred. Real good, as the French philosopher Simone Weil remarked, is always marvelous and intoxicating.