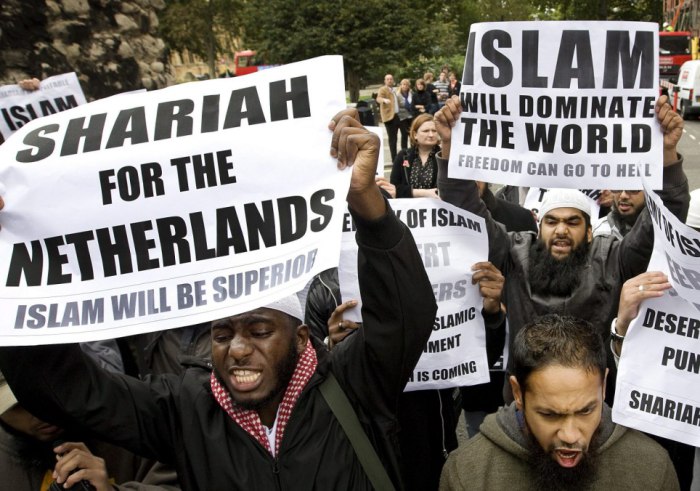 The Bourbons, said Talleyrand, learned nothing and forgot nothing. Sometimes it seems as if our modern liberals are just like the Bourbons. Here, for example, is a headline from the U.K.’s hard-line liberal newspaper, the Guardian: far-right party still leading in dutch polls, despite leader’s criminal guilt.

What was the crime of which the far-right leader—Geert Wilders—was guilty? It was incitement to discrimination; in other words, not even discrimination itself. He had discriminated against no one, but made a speech in which he called for “fewer Moroccans.” Significantly, the Guardian gave no further details of what Wilders meant by this—whether, for example, he proposed that fewer Moroccan immigrants should be allowed into the Netherlands, that the illegal Moroccan immigrants should be deported, or that Dutch citizens of Moroccan descent should be deprived of their citizenship and forcibly repatriated. For the Guardian, it hardly seemed to matter.

More significant still was the Guardian’s inability, even after the victory of Donald Trump in the United States—which must, in part, have been attributable to a revolt against political correctness—to see that the conviction of Wilders on a charge so patently designed to silence the fears of a considerable part of the population couldn’t possibly reduce his popularity. By illustrating the moral arrogance of the political class against which Wilders’s movement is a reaction, the charge might actually make him more popular.

The Guardian article, oddly enough, was accompanied by a photograph of some Muslim protesters in Amsterdam holding up banners in favor of sharia law. There weren’t many such protesters, it’s true, but they appeared to be doing Wilders’s work for him. “Sharia for the Netherlands,” said one banner. “Islam will dominate the world, freedom can go to hell,” said another.

Anyone who advocates sharia can plausibly be said to incite discrimination. Not even those who claim that the Islamic law was often superior in the past to available alternatives—for example, that Christian peasants in the Middle East preferred the jizya tax on dhimmis under Muslim rule to the exactions of the Byzantine Greeks—could maintain that equality under the law was one of sharia’s tenets. He who supports sharia supports legal discrimination on grounds that we have now come to regard as illegitimate.

Were, then, these protesters charged with incitement to discrimination? They held their banners under the very eyes of the authorities. Photos showed an ample police presence at their demonstration. I think it is a fair supposition, however, that no action was taken against them.

The law against incitement to discrimination is therefore implemented in a discriminatory way, something that those even marginally susceptible to Wilders’s rhetoric won’t fail to notice, though the readers of the Guardian probably will. One sometimes has the impression that liberals want to provoke the very reaction that they say they fear, so that they don’t have to think about such unpleasant and thorny questions as, “How many Moroccans do we want or need, and how do we go about attaining our wishes without resort to base methods and pandering to base passions?”

PrevBritish Media Notices That Some Australians are Preparing to Resist Islamisation, Reports on the "Q Society"
Move the United States Embassy to JerusalemNext