Indiscretions and Scandals in French Politics 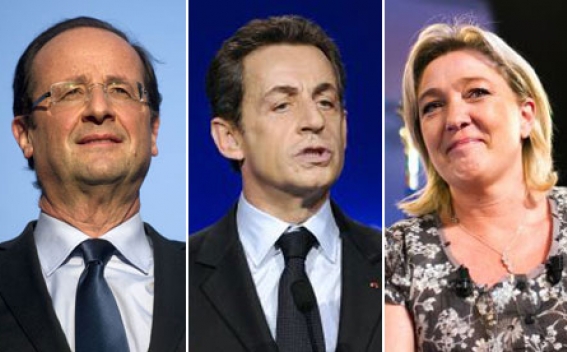 Commenting on the 2016 US Presidential election French President Francois Hollande opined that “Trump’s victory opens a period of uncertainty.” One can agree that the US election campaign was unusually bitter with candidates who disliked each other and an electorate that was divided and to some extent alienated. One can also agree that the present presidential campaign in France has similar characteristics of emotion and unpredictability and manifests an even greater fluidity and uncertainty than the U.S.

One of the major French candidates, Francois Fillon, has remarked that one cannot lead France unless one is beyond reproach. He has called for transparency in politics and government. Unfortunately for his presidential aspirations, Fillon neglected the admonition of the Roman dictator, that Caesar’s wife must be above suspicion.

Fillon having surprisingly won the nomination of his primary right wing party Les Republicains in November 2016 by beating the more well-known Alain Juppe became the front runner. His popularity has rapidly dropped as result of the inquiry into inappropriate behavior concerning all in his family. Fillon has issued some form of apology, though not a complete one, for what has become known as “Penelopegate.” Fillon while a public official had paid his Welsh born wife, Penelope, and two children supposedly for some kind of political work, the exact nature of which remains open to debate .

Fillon hired two of his children as assistants, paying them 84,000 euros over two years. His wife Penelope received 800,000 euros over a 15 year period for employment as a parliamentary assistant, and then an extra 45,000 euros. In France it is legal for parliamentarians to employ and pay family members provided they actually work. So far, there is no evidence that Penelope actually worked in any official capacity.

What he did, Fillon said, was no longer acceptable, and creates distrust. He “profoundly” regretted employing his wife, but insists he had done nothing illegal. He had not broken the law, and so will remain a presidential candidate. His weak defense is that the job of a parliamentary aide was not a standardized one, and Penelope had corrected his speeches and represented him at meetings.

Fillon said he will not bow to pressure and intimidation. On the contrary, he declared he was a victim of a media lynching and political assassination. He insists had not acted illegally. Penelope’s monthly salary of 3,677 euros was perfectly justified because of her background in law and literature. Unfortunately for Fillon, Penelope is alleged to have received a payment of 100,000 euros over a two year period for doing little work, two short reviews, at a literary magazine, Revue des Deux Mondes owned by Marc Ladreit de Lacharriere, a billionaire friend of Fillon, who himself was rewarded by Lacharriere  for “consulting services.”

Among his other holdings, Lacharriere  has a stake in Warburg Pincus, the American private equity firm whose president is Timothy Geithner, former US Treasury  secretary. Not coincidentally, Fillon had nominated him for the French highest honor, the Grand Cross of the Legion of Honor which he was awarded on January 1, 2011. The legal problem for Fillon is whether this is an offence of trading influence.

Fillon has said he will stand down as a candidate if he is legally charged. But no investigation is likely until after the election. Now, two thirds of French voters want him not to stand. But so far there is no plan B for an alternative conserve candidate for Les Republicains. His former rival Alain Juppe has said he would definitely not replace Fillon,, but former president Sarkozy might do so.

A number of other candidates remain in the unpredictable and changing presidential race: Martine Le Pen (National Front, FN), Benoit Hamun (Socialist) who beat former prime minister Manuel Valls in the primary but is unlikely to be challenging candidate, and Emmanuel Macron, independent centrist who speaks perfect English.

Le Pen is a formidable candidate but now has her own political and legal problem concerning expenses of 340,000 euros relating to the European Parliament of which she is a member (MEP). Le Pen paid that sum to two aides who worked almost exclusively for her party FN instead of working on EP affairs and who did not reside or were present in Brussels. She hired her full time partner and FN official and politician Louis Aliot, of Algerian Jewish descent, as a parliamentary associate.

Le Pen defended herself by saying her position as a MEP could not be separated from her activities as president of FN, a major political party in France. In return she is suing senior EU officials and seeking symbolic compensation of 1 euro for moral and material damages. She claims she is being persecuted for political ends.

Le Pen is likely to lead in the first round of the presidential ballot on April 23, 2017, but can she win at the May 7 run-off election?

Her main rival is Emmanuel Macron, a former Rothschild banker, a 39 year old independent centrist running under the label En Marche! Though he has no party machine behind him he has had a rapid rise in popularity with a deliberate appeal of bipartisan nature and is leading in the public opinion polls. He has never been elected to political office, but was a minister in the Hollande government, and was an aide to Nicolas Sarkozy of the Republican party.

Who ever said that French elections were predictable and uneventful? Macron, who had been married for ten years to a woman twenty years older than himself, is alleged to have had a gay affair with Mathieu Gallet, head of Radio France. The Russian news agency reports he is politically supported by a rich, homosexual lobby. It raises the issue of whether President Putin is interfering in French affairs, and has a preference, straight or gay.

Macron’s victory would mean rejection of the existing political parties, right and left, a rejection of both strong nationalism and state control of the economy. For the United States the victory of Macron, an economic liberal, will be significant as he is unlikely to reinvigorate internal borders within the EU but to reform the European Union.