Is Anyone Now Afraid of Virginia Woolf? 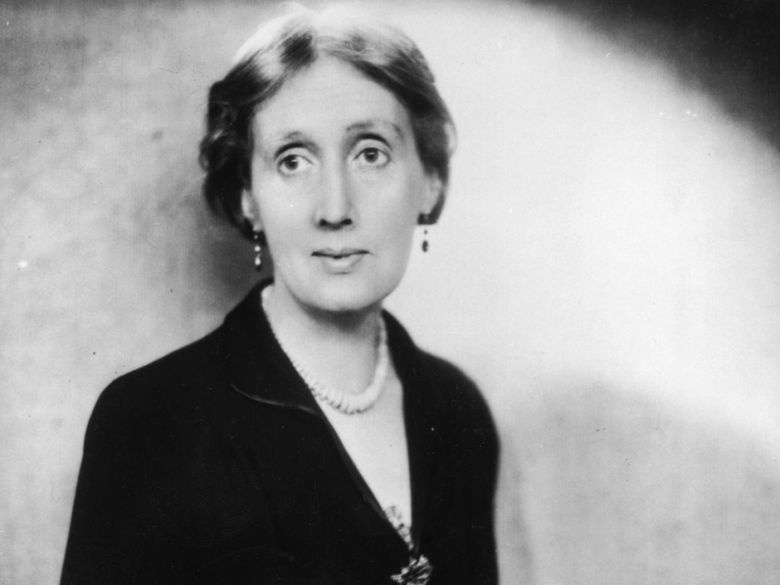 Anything you can be, I can be greater, sooner or later I’m greater than you. Certainly, this sanguine proclamation may be overly favorable, in view of existing forms of discrimination, but in a changing cultural climate, women in the U.S. and elsewhere are expressing themselves in a more open and franker way than in the past and participating in social and political experiences in more equal fashion than in the past.

Evidence of this shift is mixed but one simple example of change in the U.S. occupational area is that until the 1970s most U.S. architecture schools refused to admit women, with the result that only about 20% of licensed architects are women who earn less than males at equivalent level, but now, half of the students in graduate schools in architecture programs are women.

In the past there may have been inexcusable silence or scant concern over the reality regarding women, their sexual experiences or the gender pay gaps and inequalities, but now more attention is being paid, though the inequities still exist.

In this change, the Me Too movement is playing a significant role to prevent sexual harassment and sexual assault, especially but not only in the workplace. Significantly, in December 2018 many radio stations in the U.S. have refused to play the song Baby it’s Cold Outsidew ritten in 1944 by Frank Loesser, because of alleged suggestions of rape in the lyrics. It is also not coincidental that Kevin Hart, African-American comedian, who was chosen as Oscar presenter in 2018 was let go because of his past homophobic comments. Nor that a film critic was fired in December 2018 for an offensive joke concerning the scene in Bernardo Bertolucci’s 1973 film, Last Tango in Paris, in which the protagonist, played by Marlon Brando, rapes a young woman using butter as a lubricant while having anal sex.

The inequities confronting women are clear. Women face discrimination, and sometimes violence, economically and socially. About 90% of countries have some form of legal restriction on women’s economic activity, and gender gaps exist in health, education, investing in infrastructure, and access to clean water, issues. The gender gap remains, women hold only 4.9% of top economic roles heading the largest U.S. and European companies, 6.9% in the U.S, and none in Denmark and Italy. One recent study of 14 countries shows that only one fifth of board seats are held by women. Of women in 2018 in the world, only 2% of chief executives in banks are women.

Not only does the gender gap remain, other problems exist. One is that women are less likely to be recommended for a senior job than is an equally qualified man. Another is the phenomenon of what is called the “glass cliff,” that women are more likely than men to be given top jobs, in economics and in politics, during periods of decline, when chances of failures are highest.

Yet, a significant shift appears to have occurred, Women in 2018 account for 38% of oncoming board members at Fortune 500 companies, a rise from the 28% in 2017. If this rise continues, women will have parity with men in new appointments by 2025.

This optimistic forecast may be borne out by two factors: one is change in public law as in California, where publicly traded corporations must include at least one woman on their boards by the end of 2019, and in Iceland.

The other factor is shown in recent studies that boys underperform girls at school, are worse at reading, and are less likely to go to university than young women who are more self-disciplined. Moreover, jobs dominated by men such as driving are among those most likely to be automated.

In spite of discrimination, politically and socially, women are present in prominent roles. British Prime Minister Theresa May, cricket lover who likes James Bond movies, survived a no-confidence vote, 200 to 117, called by fellow Conservative MPs, in December 2018, and counterattacked against a critical, if not insulting, remark by Jean-Claude Juncker, president of the European Commission. PM May differs temperamentally from Britain’s previous woman PM, Margaret Thatcher, but like her predecessor May has mastered the art of “handbag politics.” Thatcher’s strong presentation of British policy in 1984 led French President Francois Mitterrand to describe her as having “the eyes of Caligua and the lips of Marilyn Monroe.” Theresa May at the EU summit meeting on December 13, 2018 strongly rebuked Juncker in a robust conversation for stating that her demand for changes in the Brexit negotiations were “nebulous imprecise.” May did not use her handbag but exchanged heated words with Juncker, making her position “crystal clear.”

Other women provide the headlines. Nancy Pelosi, 78 year old shrewd political operator and fundraiser, was approved by her Democratic colleagues to resume her speakership of the House of Representatives. Meghan Markle, former TV actress now Duchess of Sussex, said to be obsessed with Givenchy and Audrey Hepburn, and hitherto involved with a variety of charities and UN advocate for Women’s Political Participation and Leadership, has risen to her new royal role. Angela Merkel, chancellor of Germany four times announced she would cede her position as leader of her Christian Democratic party and step down as Chancellor when her term ends in 2021. She will be replaced by another woman. Interestingly, a woman for first time was selected as Director of the National Gallery of Art, Washington D.C.

If women are still the subject of social discrimination and of inequality, change is occurring in an unexpected way. One interesting sign of this is found in recent historical publications and films which feature, in open, direct fashion, lesbian sex scenes, as well as interest in the life of Sappho, born 2,600 years ago on the island of Lesbos, now the village site of 3,000-4,000 women visitors every year. Some of the films deal with well-known historical characters, usually discussed in the past with less than full frankness. One such film is Colette based on the life of the prolific writer, author of Claudine novels, in the early 20th century, and of Gigi in 1944. A flamboyant example of the modern woman, Colette wrote about and lived a bisexual life, with both author and character wearing men’s clothing.

Lesbianism is also at the center of films of other relationships, one the 18thcentury romance between Sarah, Duchess of Marlborough and Queen Anne, with Sarah competing with a lady in waiting for love of the Queen. A third film illustrates the liaison between well-known British writers, Vita Sackville-West and Virginia Woolf. The liaison is an example of the jest that upper class British intellectuals in the 20th century lived in squares in Bloomsbury, London, but loved in triangles.

There are also increasing allusions to former same sex relationships. Two in particular have become more prominent. One is Anne Lister, 19th century landowner, honored with a plaque in July 2018 by a church in York, England, who dressed as a man and had a string of overlapping female lovers. Often referred to as the “first modern lesbian,” her plaque is bordered with rainbow colors in recognition of lesbian history. She is the central figure in a BBC TV named Gentleman Jack, Lister’s nickname.

A more well-known figure is Lizzie Borden who in 1892 was tried and acquitted of murder. According to legend, Lizzie took an axe to give her mother 40 whacks, then gave her father 41 more. The apparent motive, asserted in new documentaries, was her desire to live with the family maid.

Interestingly, irrespective of the lesbian theme, films in 2017 starring women were box office hits, and movies in the last five years starring women earned more than film starring men. Apparently, it is good business to have feminine leads, though women accounted for only a quarter of major characters.

This recent concentration on lesbian personalities is the outcome of changing cultural sensibility on sexual issues, but also of other factors, particularly the revulsion against the growing evidence of abuse of women by predatory males in prominent positions. More mainstream, are indications that business boards are making progress, if only slight improvement, toward gender parity. Yet the conclusion must be that still more needs to be done to improve gender diversity in senior positions. Policy makers must no longer be chasing rainbows, watching clouds drifting by.