Is China Committing Genocide Against the Uighur People? 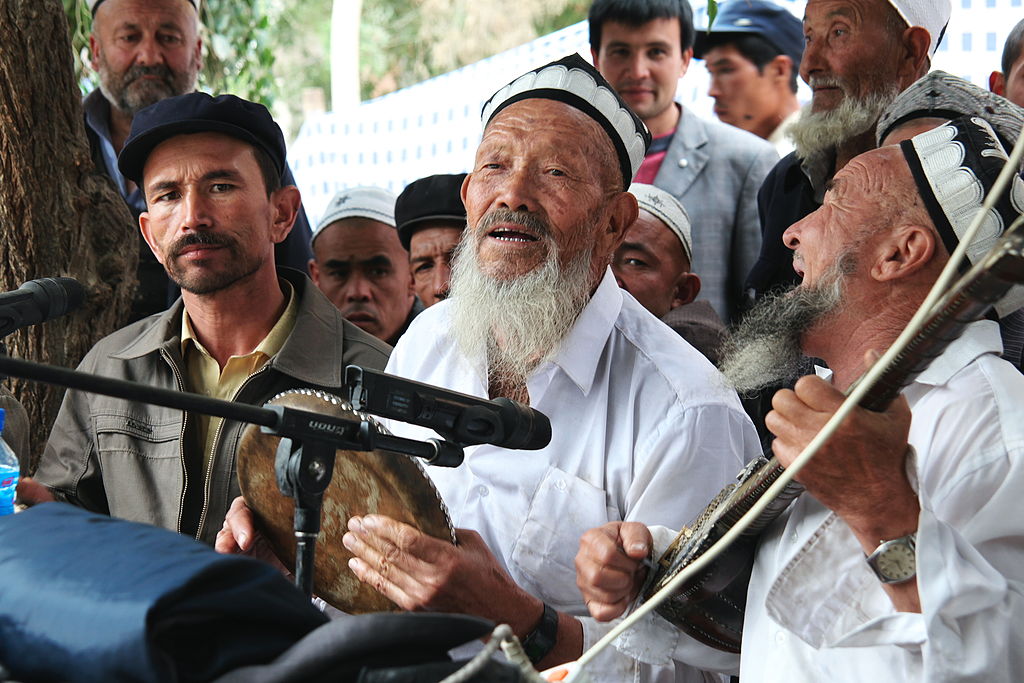 On the first day of Hanukah, December 11, 2020, groups of Jews in a number of countries in a gesture of solidarity celebrated the festival with Uighur Muslims. Prominent Jews had already expressed concern about China’s treatment of these Muslims. Former British Chief Rabbi Jonathan Sachs on July 22, 2020 called the treatment a moral outrage that must be challenged by the global community in the strongest possible terms. Sacks wrote that the harrowing sight of people being shaven headed, boarded onto trains, and sent to concentration camps, was particularly harrowing. They were being murdered, terrorized, victimized, and robbed of their liberties because of the way they worship God.

The parallel with the past is clear. Though one must be careful in making comparisons with the Holocaust, the abuses by China evoke general echoes of the horrors of the Holocaust, and of genocide, even if it is termed “cultural” genocide. Rabbi Ephraim Mirvis, leader of Orthodox Jews, reflecting on the deep pain of suffering by persecution of Jews throughout the ages, felt compelled to speak out about the treatment of the Uighur. The world, he said, must not allow the demonization of the Uighur. Perhaps the events in China will trigger some reflection about contemporary attitudes to people and countries.

The evidence is plentiful but being ignored by the “International community.” Leaked drone footage has shown Uighur Muslims being blindfolded and shackled and being sent by trains in Xianjiang in northern China. European countries, the United Nations, and even the Muslim world have been silent about China’s behavior. Indeed, to a considerable degree the opposite is true. China was elected to the UN Human Rights Council, UNHRC, on October 13, 2020 along with Russia, Cuba, Pakistan, and Uzbekistan, all countries supposedly upholding the highest standards in the promotion and protection of human rights.

The UNHRC as always ignored the reality. China has destroyed mosques, targeted the Muslim religion and tried to eliminate the Uighur language and culture, set up virtual prisons used for brainwashing, engaged in forced sterilization, trimming the beards of religious men, forced Muslims to eat pork and drink liquor ,and above all built nearly   400 internment camps, in which more than one million are incarcerated.  In them, Han Chinese officials live in the facilities as “relatives,” part of the Chinese comprehensive surveillance system.    At first, China denied the existence of the camps, then said they were necessary to control separatist violence, and to use “reeducation” to purge Uyghurs of “extremist thoughts,” to safeguard the human rights of all ethnic groups.

Th story of persecution and discrimination in China is well known. The Cultural Revolution, the Great Proletarian Cultural Revolution, launched by Mao Zedong, (Mao Tse-Tung), in 1966, which lasted a decade, purged all traditionalist elements from Communist society. His personality cult substituted Maoism and its Little Red Book with its statements and quotes from the speeches and writings of Mao as the dominant ideology. Perhaps the best known of the quotes is “political power grows out of the barrel of a gun.”

Mao, in another quote, advised that it is necessary to investigate both the facts and the history of a problem in order to study and understand it. Western countries should take that advice to understand the fate of the Uyghurs. They are a population estimated to be 12 million, though figures differ, living in north-west China in the autonomous region of Xinjang, formerly East Turkistan. The area of the region borders eight counties including Russia. The population, largely Uyghurs, is mostly Muslim. They are culturaly and ethnically close to central Asian countries, but have their own language. The region came under Chinese rule in the 18h century, and became officially part of Communist China in 1949.

China has been increasing its control over religious practices and freedom of expression in its country.  The practice causing most criticism is the creation of internment camps which the Chinese government calls “vocational education and training centers,” but which are really harsh places, scenes of torture, and indoctrination. Again, there is the reminder of genocide, of the Holocaust, of Jews put on train cattle cars, and sent to concentration camps.  The camps continue to be bult in 2019 and 2020 though Chinese authorities have said in Fake News that their reeducation system was winding down.

Some evidence of atrocities came from a meeting In January 2020 held in the British House of Commons , sponsored by the British Board of Deputies, and the Rene Cassin Foundation. The Foundation was named after Cassin, the French Jewish lawyer who wrote the main draft of the UN Declaration of Human Rights on December 1948.   Most disagreeable of the evidence was of a  shipment of tons of human hair, presumably  taken from Uighur prisoners. Simultaneously, the BBC showed a picture of one of the camps, in effect a high security prison. Men, dressed in dark blue prison issued boiler suits, sat obediently in rows, and in the background were black clad helmeted guards and high barbed wire fences.

The camps were established in 2017 by the Chinese Communist party and operate by the Xinjiang government and the Communist committee. They are said to operate outside the legal system. Figures of those incarcerated are not precisely known, ranging from one to three million. Calling a deer a horse is an old Chinese idiom. an idiom indicating that someone has reversed and misrepresented the truth, and distorted the factors for ulterior motives. So China had officially answered criticism by stating the camps are preventive measures to combat terrorism, and to help those influenced by terrorism to return to normal life through education.

But the Chinese are mistaken. The camps are detention centers, attempting to eradicate Uyghur culture and Islamic religion beliefs, to cut children off from their roots.  Surveillance  systems and electronic fences prevent escape.  The camp can be understood as the largest mass incarceration of a minority population in the world today. They are also cruel places with evidence of terror such as a “tiger chair,” a device to immobilize individuals by using handcuffs or leg irons to control wrists and ankles.

The international world is divided on the atrocities.  A group of 22 states wrote a joint letter on   July 8, 2019 to the UNHRC condemning the Chinese detention of Uyghurs. It called on China to adhere to its own laws and to international commitments, and not impose arbitrary detention and restrictions on movement of Uyghurs and others.  The 22 were all democratic countries, including France, Germany and the UK.   However, this was opposed by another letter of July 12, 2020 signed by 37 states that hypocritically expressed firm opposition to the practice of some countries of politicizing human rights issues. The list included Russia, Syria, Saudi Arabia, Bahrain, and The Palestinian Authority, and also 23 Islamic majority states.  It complemented China’s remarkable achievements in protecting and promoting human rights. A few days later another 13 states and the PA added their support to this letter. Thus 50 states supported Chinese atrocities.

In August 2020 human rights groups called on the International Criminal Court and UNHRC   to investigate allegations of crimes against   humanity and of genocide  committed by the Chinese. However, in December 2020 the ICC declined to investigate China. It reasoned it did not have grounds because it did not have jurisdiction over the country in respect to the alleged crimes. It also ruled that the transfer  of Uyghurs  from other countries  did not  constitute  a crime against humanity.

The non-actions by the majority of countries is a striking indication of the influence of China on members of the UNHRC ,  mostly authoritarian or partly  authoritarian states, and the weakening of human rights in many countries. China accused the 22 critical states who signed the first letter of interfering in China’s domestic affairs and provoking confrontations.  It warmed those countries not to co-sponsor, or participate in this criticism.

The incoming U.S. administration has to be aware of this division in the world,  that China, in addition to her ambitions for the global system to reflect its interests , has  obtained support of at least 50 countries for its activities. The U.S. must challenge this posture as some have already done, such as Senator Marco Rubio, VP Mike Pence , Mike Pompeo, Randall Schriver, and Congress which passed,  406-3, the Uyghur  Forced Labor Prevention Act in September 2020, and which the Senate should pass.

China is ambitious to lead what President Xi Jinping has called the reform of the global governance system, indicating a more powerful voice for China, and a world order based on authoritarian principles. China, as a rival power center to the U.S. is preparing to move the global governance system in what it deems a more just and reasonable direction. It is a direct and open challenge to any U.S. dominated system. The democratic countries have the task of controlling these ambitions of China for an authoritarian world and to maintain a liberal democratic world.

PrevAdvent Calendar 19th December Remember the men of the Penlee lifeboat, and the men women and children from the Union Star
Can the Egypt-Israel Peace Warm Up?Next