Is China ending The Pax Americana? 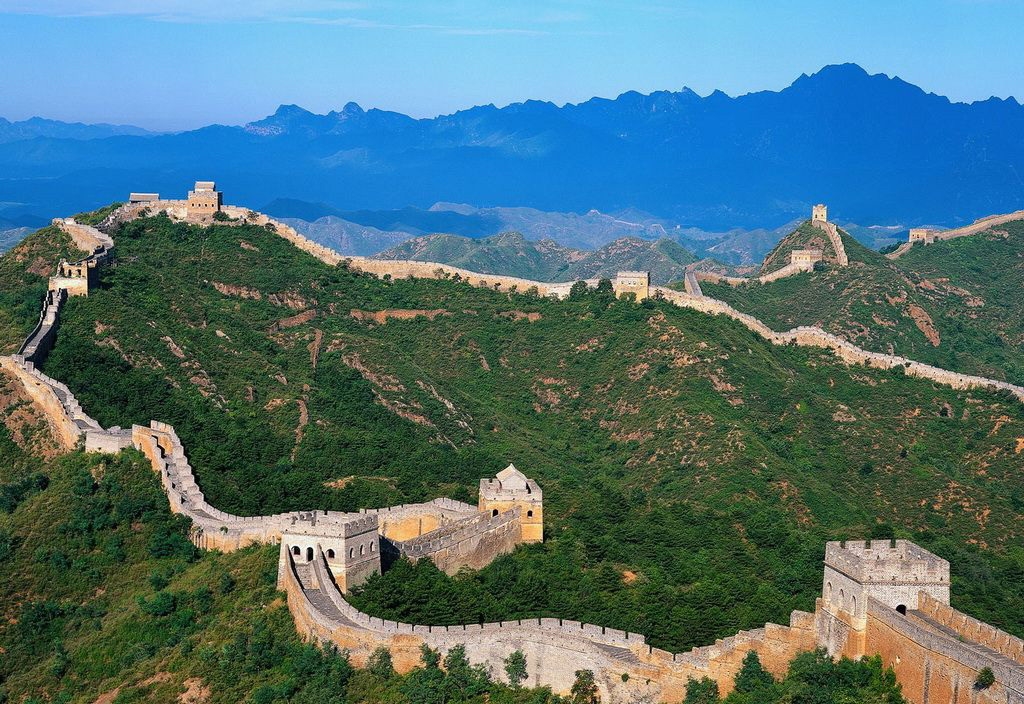 It’s still the same old story, a fight for power and glory. Although the trade war between the U.S. and China dominates the news headlines, more attention must be given to the crucial issue that  China is a formidable imperial colonial power, exhibiting the latest form of foreign domination over populations and polities that are weaker or less developed. The significant issue for Washington, D.C. is that China is aspiring to the leader of the world. It is alarming that recent statements by Chinese personalities focus on the old concept of tianxia, or “all under heaven,”  ending chaos in the world.

We are informed by the former Chinese foreign minister that China is “a big country and other countries are small countries, and that’s a fact.” One facet of this is that China has more than 800 million internet users, more than the U.S. and India combined. Equally significant is that China is posing itself not only as a superpower but as an alternative to Western democracy, liberalism, or capitalism.

The immediate problem is the unwillingness of the Chinese to enter into a deal in the trade war with the United States, perhaps the biggest in economic history. The reality is a U.S. trade deficit, $376 billion in 2017, an increase of $28 billion from 2016. This results from U.S. importing $506 billion worth of goods from China, and exporting goods valued at $130 billion. Understandably, the U.S. is concerned about unfair trade practices, particularly the theft by China of intellectual property, and a variety of restraints on U.S. goods.

Yet, in spite of continuing friction, it is unlikely that the bitter trade war will lead to any kind of military confrontation or use of force. Nevertheless, U.S. policy makers are conscious of the challenge of Chinese developments, economic, political, cultural, and geostrategic, which are altering the balance of power in international relations between the two countries.

Chinese international influence is likely to increase now that the 64 year old Xi Jinping was in March 2018 unanimously, really 99.8% of the vote, reelected President of the People’s Republic of China Xi has been general secretary of the Chinese Communist Party, CCP, since November 2012, and president since March 2013. Previous presidential limits of two terms were removed. Xi is therefore a powerful figure, has consolidated power, exercising virtual absolute control, as head of state, CCP chief, and chair of the military commission that controls the armed forces.

There is the ideological challenge. China is still nominally Marxist and the power of the Leninist type CP remains. To make this apparent, China contributed a large bronze statue of Karl Marx to his native city of Trier on the 200th anniversary of his birth on May 1918. Xi, like his predecessor Deng  Xiaoping,  has combined the Leninist concept of the dominant role of the CCP with a more open market economy and reforms. Most of China’s economic growth in recent years has come from the private sector.

However, Xi’s ambitious policy formula is “Socialism with Chinese characteristics in a new era,” which entails a large role for the CCP which leads government, military, society, schools.  He regards the Chinese autocracy, which combines restrictions on political freedom with economic growth and  technological development, as more viable than Western liberal sysyems. Ideologically, China has used “Panda Diplomacy,” soft power, activity that includes a presence in art forums, musical and dance festivals, and cultural exchanges, and  more than 500 Confucius Institutes  in university campuses throughout the world. China is a competitor in political and cultural influence as well as in world trade  and global security, and reform  of global governance. The question can be raised, is the center of gravity of the world economy shifting from Atlantic to the Pacific?

Soft power and geostrategic influence  go together, as is illustrated in a number of ways. One is the 16+1, formed in 2012,  a grouping of 11 EU and 5 Balkan central and Eastern European countries led by China, involved in investment, transport, science, and finance. It is a gateway to Western Europe and useful for political purposes such as policy about the South China Sea, countering the Dalai Lama, and preventing Taiwan independence, and preventing criticism of human rights violations and environmental standards.

Another body is the Shanghai  Cooperation Organization, that came into force in 2003, the Eurasian political, economic, and security body led by China and including Russia, and four Central Asian republics. It is the largest regional organization in terms of geographical coverage and population.

China’s recent activity in military and stragetic matters is troubling. It already has ports in Pakistan and Sri Lanka. In 2015 it established its first overseas military base at Djibouti, off the Horn of Africa, ten miles from a U.S. base. The Chinese base is useful for commercial purposes, to protect its commerce and Chinese nationals abroad, but also as a strategic asset since it controls access to the Red Sea, the Indian Ocean as well as Europe, Africa, and the Far East, and access to Middle East oil. Interestingly, China does not define Djibouti as a military base, but as a support or logistical facility.

For some time China has been developing the Belt and Road Initiative (BRI), the ambitious policy to expand trade, with operations in direct rail lines and ralroads, ports, pipelines, highways, all built and funded by China to connect with countries.

About this there are however two problems. One is that there is more recognition  China has negotiated  lop sided deals. An example of this is the case of Sri Lanka that cannot pay back the $8 billion it owes China. It therefore agreed to lease its port in Hambantota for 99 yesrs. The second issue is that cyber espionage is linked to the BRI to spy on companies and countries, such as Belarus, the Maldives, Cambodia, and European nations.

China has been exerting control over much of the South China Sea, building artificial islands, and installing military equipment there, using fishing boats protected by coastguard ships. This has been happening though China has ignored the ruling of The Hague Permanent Court of Arbitration in 2016 that the Chinese claim to a large part of the Sea was invalid. The U.S. must respond by insisting on freedom of navigation.

Once, the UK and France were Africa’s main trading partners, now it is China.  In 2014 China-Africa trade amounted to $200 billion. Moreover, between 2000 and 2011 China spent more than $73 billion investing in natural resources,  mines , oil wells  and other projects in Africa. Many African counties  have been recipients of Chinese finance, the largest amount going to Nigeria, Ghana and Ethiopia.

In Nigeria a $5 billion infrastructure project was built in return for oil rights.

The tallest building with 2,500 seat capacity in Ethiopia was built and maintained by China, and in 2011 was the venue where the Africa Union summit was held. Chinese donations or assistance take many forms; hospitals in  Luanda, Angola, the major road from Lasaka, Zambia’s capital, to Chirundu in the southeast; stadiums in Sierra Leone and Benin; sugar mill and sugarcane farms in Mali; construction company in West Nigeria, water supply project in Mauritania, and a considerable number of schools, anti-malaria centers, agricultural technology  demonstration centers, and shoe factories.

Criticism of Chinese activity has come from the unlikely country of Malaysia which is indebted for projects that are not viable or necessary, and is $250 billion in debt.

Mahathir Mohamad, the 93 year old, former prime minister 1981-2003, and again reappointed on May 1, 2018 spoke strongly on August 20, 2018 that a new version of colonialism was happening because poor countries are unable to compete with rich countries. Beneftits mostly went to China which wants raw materials for its economic growth. Mohamad wants to renegotiate free trade, but also fair trade.

Unquestionably, China wants to achieve great power status, to play a global role in the world order now that it is the second largest economy in the world, and has supplied billions throughout the world to constructbrail, highway, port , power plant facilities. Does it have a genuine message of peace and multiculturalism? Or is it a case of do or die?