Jabs for Tots? No, Thanks! 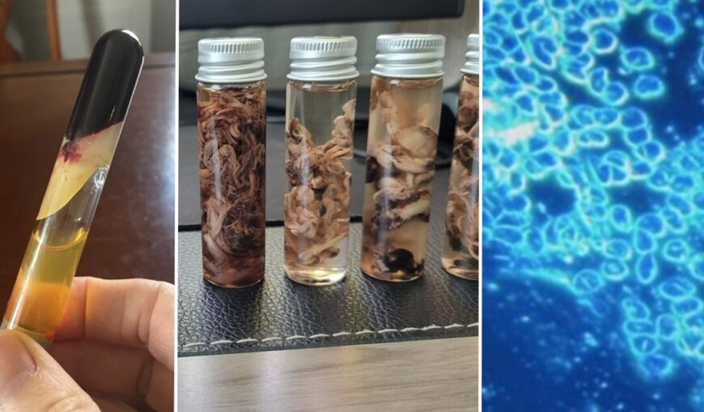 One of the saddest lessons of history is this: if we’ve been bamboozled long enough, we tend to reject any evidence of the bamboozle. We’re no longer interested in finding out the truth. The bamboozle has captured us. It’s simply too painful to acknowledge, even to ourselves, that we’ve been taken. Once you give a charlatan power over you, you almost never take it back.
—Carl Sagan

At the beginning of this year (2022), it seemed that the covid farce had finally ended, though there were sporadic reports of diehard Covidian fanatics still insisting on face masks or lockdowns or social distance or “vaccines.” Although the vast majority of the population has washed its hands of the farce, the Covidians nonetheless have held on to their hysteria.

Now, here it is the latter part of the year, and the American CDC has recommended that children be routinely given a covid “vaccine.”

There are several aspects of this recommendation we should examine.

First, of all, it is important to dispel a widespread misconception (“disinformation,” if you will). It is NOT a vaccine, it is an experimental drug. A vaccine is the introduction of an inert form of the bacteria or virus into the body for the immune system to naturally build up antibodies to that disease. The covid “vaccine” uses a different experimental approach altogether, called gene therapy, using mRNA.

It is interesting that the president of a pharmaceutical company arranged to be secretly injected with saline solution instead of the “vaccine.”

Second, because it is an experimental procedure and because many people have been forced to submit to it, the practice violates the Nuremberg Code, Article 6, Section 3.

Third, now that the CDC has recommended the faux vaccine to be routinely given to children, Pfizer is planning to raise the price of the jabs by 400%.

Fourth, there is a constant stream of research papers coming out in scientific journals concluding m-RNA “vaccines” have caused Bell’s palsy, blood clots, childhood dementia, syncope, myocarditis and outright fatalities, particularly in young athletes. Several individuals collapsing have been recorded. It also alters women’s menstrual cycles. Many are dying in their sleep. Other sources confirm the dire facts. And, ironically, precisely because it is not a true vaccine, it explains why CDC Director Rochelle Walensky, CNBC host Jim Cramer, and pseudo-President Biden got sick with covid receiving 4 “vaccines” and jabs.

It was never an epidemic of the unvaccinated.

Note that whereas the media hivemind went into overdrive to spread the panic and urge vaccination every day nonstop for two years, it imposed—and continues to impose—a news blackout on both the casualties and the scientific findings.

There is a very good reason why people who could think for themselves were reluctant to take the faux vaccine. Some people remembered the thalidomide and cisapride (Propulsid) catastrophes (Polls showed the demographic most likely to be hesitant in getting the “vaccine” were people with advanced degrees). A regular vaccine takes years to develop and, equally important, rigorous testing through Phase I, Phase II and Phase III trials. Likewise with the boosters. The covid faux vaccine did not go through normal testing because we were told by the authorities that we were all going to die from covid.

Fifth, from day one it was widely known that young people, particularly children, were practically immune to the virus while the most vulnerable were the elderly. Children were NEVER in danger from covid. Yet, Covidians were almost hysterical that schools and playgrounds be closed and children be masked and forced to take the toxic injections. Consequently, insisting now that children be given the “vaccine” in spite of the now well documented side effects, such an action is nothing but criminal. Children are NOT in danger of covid. They are in danger of these “vaccines.”

Then again, that is not too surprising when one considers that the calls to vaccinate children with the toxic substance come from the same people that advocate the killing of unborn babies.

Incidentally, Sweden has recommended that children not be given the toxic vaccine. It had also previously avoided lockdowns, with good results which were not reported by the media.

Sixth, a number of brave doctors and nurses tried to bring the above facts to the public. They were censored. They were retaliated against. They were misrepresented as spreading “disinformation” by journalists who could not tell the difference between an enema and a diskectomy. The flip side of those courageous health professionals was that many doctors and hospital administrators were Covidians while a third group were not, but had no integrity.

Seventh, the CDC has admitted to lying to the public. Considering that the CDC has substituted the words “pregnant women” with “pregnant people” in order to be in line with the politically correct delusion that men can get pregnant undermines any scientific credibility.

Lastly, the most ardent Covidians have been leftists/liberals, who would go into hysterics when encountering someone who had a mind of his own, who refused to wear masks, who resisted conformity and intimidation and who looked at real science, not Fauci science, and was persecuted and demonized by liberals. Logic made no impression on them, facts that contradicted the Covidian dogma was ignored, scientific data was actively suppressed. “Trust the science” was the mantra of people who claimed that men can get pregnant and men claiming to be women were, indeed, women. 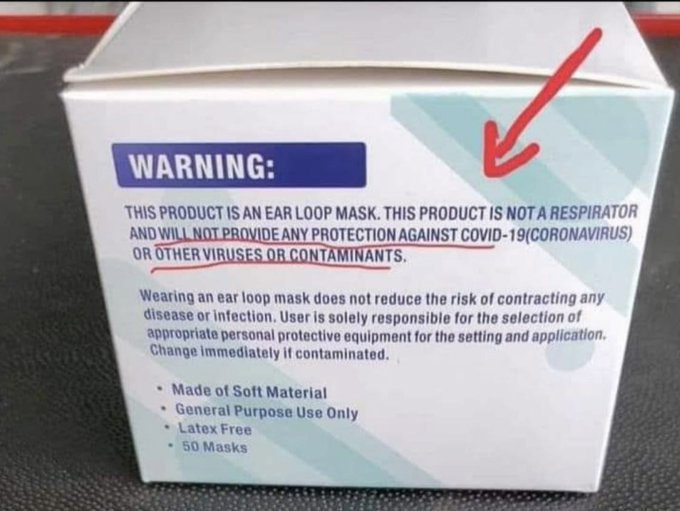 Consequently, all who refused the face mask or the faux vaccines were considered to be conservatives, religious, and “Trumpists,” deserving of the usual hatred and were subjected to vociferous intimidation.

Hand in glove with the Covidians is the media hivemind. If anyone has any doubts that the media is truly the enemy of the people, the covid farce should convince them. The components of the hivemind fomented the panic, idolized Fauci and the mini-Faucis, and they suppressed—and continue to suppress—any news, any facts, any scientific research that would have mitigated the disaster. And they did so consciously.

Ask yourself: have you seen any news on the television networks reporting on the alarming studies, or, focusing on individual cases? That should tell you everything.

At present, Republican governors are up in arms over the CDC recommendation as Democrats keep a low profile this election year (though Democratic Governor Kathy Hochul of New York endorsed the recommendation and Pseudo-president Biden encouraged parents to acquiesce).

A hundred years from now people will look back in disbelief.

Armando Simón is a retired psychologist, author of Orlando Stories and Fables from the Americas.