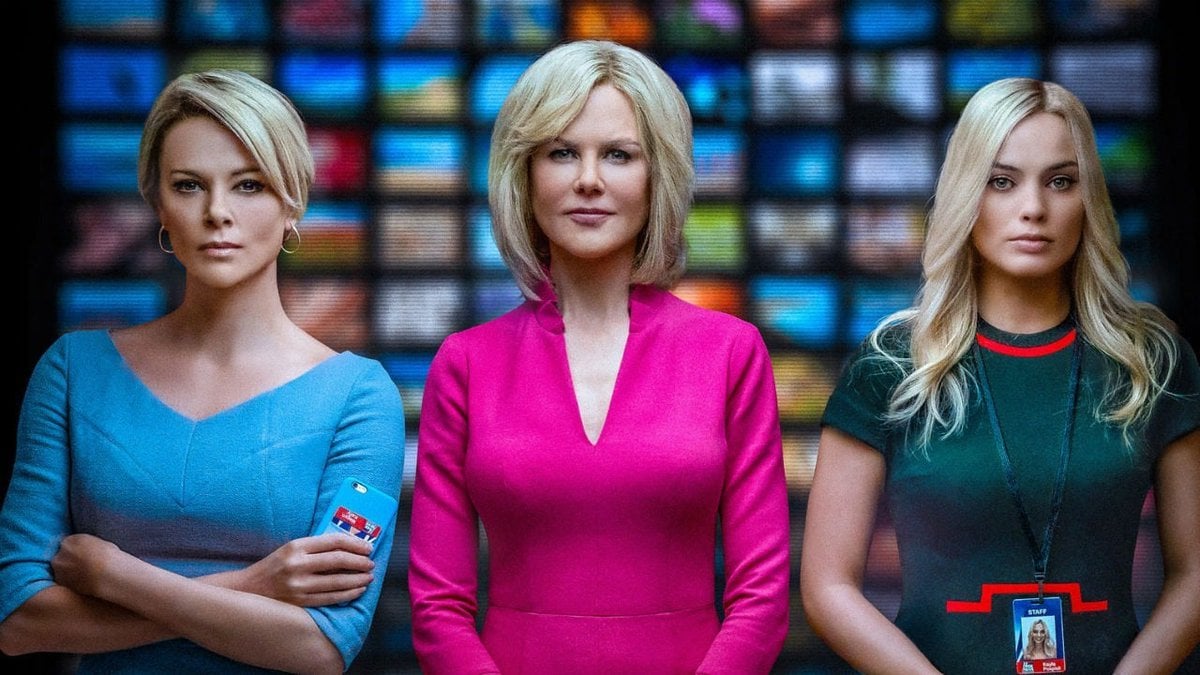 The director Jay Roach, whose 2019 movie Bombshell is just out on Netflix, gained success with a couple of exceedingly lowbrow comedy franchises — the three Austin Powers movies, as well as Meet the Parents and its sequel Meet the Fockers. In addition, he produced the third Fockers film and the Sacha Baron Cohen farces Borat and Brüno.

But for real farce, check out Roach’s political films. In 2008, he directed the HBO drama Recount, a shamelessly pro-Gore account of the contested 2000 presidential election (top director Sydney Pollack was among the executive producers); in 2012, Roach directed, also for HBO, the pro-Obama Game Change, about the 2008 election (with Tom Hanks as an executive producer). Roach won Directors Guild of America awards for both movies. He obviously knows how to give the industry what it wants.

Roach’s political chef–d’oeuvre, however, is unquestionably the 2015 biopic Trumbo — a work of pure hagiography about Dalton Trumbo, a Stalinist of the first order and by far the most famous of the blacklisted communist screenwriters known as the Hollywood Ten. In real life, Trumbo obediently parroted the Moscow party line, no matter how often and how dramatically it shifted — for example, he opposed American intervention in World War II (and even sided with the Nazis over Britain) after the Molotov-Ribbentrop Pact, then, following the Nazi invasion of Russia, called for war and the imprisonment of U.S. pacifists.

But in Roach’s film, Trumbo is a hero of conscience, a defender of All Good Things, a lover of the First Amendment. “I love our country,” he tells one of his kids, “but anything could be better, don’t you think?” He asks his daughter: “If you see someone at school with no lunch at all, what you do?” She replies: “Share.” He tells her: “So you’re a communist.” Later we see her reading The Daily Worker. Adorable.

In fact, the film presents Trumbo throughout as nothing less than adorable — an adorable curmudgeon. He writes scripts in the bathtub while smoking and drinking hard liquor. He walks around the house with a parakeet on his shoulder. He neglects his kids but loves them like crazy, embracing them and singing their praises in flowery, writerly fashion.

Never does the film hint at the true depth of Trumbo’s fierce loyalty to Stalin, or at the evil reality of Stalin’s regime. Meanwhile, it depicts anti-communists — including John Wayne, Hedda Hopper, and Ronald Reagan — as morally deplorable. Ditto the members of the House Un-American Activities Committee who summon Trumbo to one of their hearings. Explaining their views to his family, Trumbo pronounces: “There are many angry and ignorant people in the world. They seem to be breeding in record numbers.”

When the Black List forces Trumbo, the best-paid writer on earth, to churn out quickie scripts for a Poverty Row studio at the equivalent of $15,000 a piece in today’s money, we’re supposed to feel sorry for him. Boohoo. What were writers making in the U.S.S.R. at the time? Receiving a Writers Guild award at the end of the movie, Trumbo speaks of the “horror and cruelty” and “evil” of the Black List. What about Stalin’s horror, cruelty, and evil?

When will Roach — or anyone in Hollywood — make a movie about Isaac Babel, Osip Mandelstam, or any of the countless other writers who were executed at Stalin’s orders? Or about Boris Pasternak, or Aleksandr Solzhenitsyn, both of whom bravely told the monstrous truth about a regime that Trumbo never stopped praising?

Not that most reviewers minded Roach’s revisionist take on Trumbo. For Variety’s Peter Debruge, the movie showed “the strength of character it takes to fight the system.” Lou Lumenick of the New York Post called it a portrait of “a man who made great sacrifices for his principles.” And Jordan Mintzer of The Hollywood Reporter described Trumbo as “stand[ing] up for what was right.”

Well, that was back in 2015. If I have that six-year-old movie on my mind, it’s because of Roach’s latest picture, Bombshell, which, as noted, is just out on Netflix. It’s not about Stalin’s U.S.S.R., but about another Evil Empire: Fox News. It recounts the July 2016 fall of Roger Ailes from the chairmanship of that company in the wake of sexual harassment allegations by Megyn Kelly (played in the film by Charlize Theron), Gretchen Carlson (Nicole Kidman), and others.

It’s soon obvious why Roach leaped at the chance to tell this story: it gave him the opportunity to equate being conservative with being a sexist pig — an equation he makes constantly in the movie. It’s as if the Kennedys, the Cuomos, Bill Clinton, and Anthony Weiner never existed.

Indeed, in Bombshell, sexual abuse is just one manifestation of the moral rot that Roach identifies with the politics of Fox News. In the film, a fictitious Fox News employee played by Kate McKinnon tells a new hire (also fictitious) that “this place is crazy,” a “perpetual outrage machine.” She advises the newbie not to worry if a news story is “legit” or not: “Adopt the mentality of an Irish street cop. The world is a bad place, people are lazy morons, minorities are criminals.” This, mind you, at a time when Fox was the only major news source not promoting the Russia hoax.

In short, Rauch blindly parrots the mainstream-media line about Fox. And just as Trumbo depicted Hollywood anti-communists not as lovers of freedom but as suck-ups to an authoritarian U.S. government, Bombshell portrays Harris Faulkner, Ainsley Earhardt, Jeanine Pirro, Neil Cavuto, Sean Hannity, Geraldo Rivera, and other Fox News hands as shameless suck-ups to the all-powerful Ailes.

In Trumbo, Roach included shots of protesters with signs accusing all communists of being Kremlin spies. His manifest objective was to mock such accusations. The only problem is that the accusations were true. In Bombshell, Ailes says he’s heard that the Obama White House is out to kill him. This, too, is plainly meant to indicate that Ailes is paranoid: imagine the wonderful Barack Obama trying to harm any of his ideological opponents! So it is that in both movies, the real truth comes out only in accusations made by the bad guys — accusations that the film holds up for us to mock.

Patently, there’s a terrific movie to be made about the Cuomos — a dynasty of creeps for whom sexual abuse was just part of a malicious mix that also included sending old people to their deaths and getting a huge book contract out of it (Andrew) and telling America bald-faced lies about the most important issues of the day (Chris). When will Roach helm The Cuomo Story? Never, of course. He knows what Hollywood wants, and he knows that telling the truth about Cuomos — or about anything else that makes the left look bad — just isn’t desirable film material in the year 2021. You might say it’s kind of a Black List.

PrevVideo believed to be of girl pupils at the madrassa of the Lal Masjid in Islamabad being taught correct beheading technique.
The Mystery of MurderNext