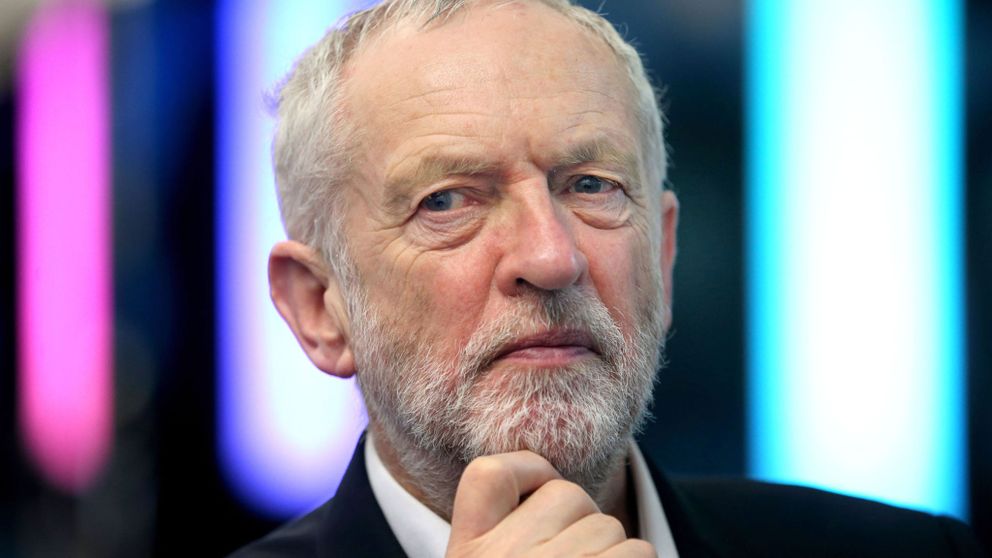 Britain’s next prime minister might well be an anti-Semite. No one can say for certain whether Labour Party leader Jeremy Corbyn’s anti-Semitism is a sincerely held prejudice or merely a matter of electoral calculation: there are now more than ten times as many Muslims in Britain as Jews, and it therefore makes electoral sense to appeal more to Muslims than to Jews. But either way, his failure to condemn anti-Semitism in his own party, his penchant for consorting in friendly fashion with extremist anti-Zionists of genocidal instincts, and his defense of a mural depicting lupine Jewish bankers playing Monopoly on the backs of naked minorities are cause for anxiety among British Jews unknown since the rise—and thankfully swift fall—of Sir Oswald Mosley, leader of the British fascists in the 1930s.

A few years ago, a survey appeared breaking down household wealth in Britain by religious affiliation, and Jews came first. For someone as suspicious of and hostile to wealth and the wealthy as Corbyn, whose fundamental economic idea is that money is the product of exploitation, and that equality of outcome is desirable, attainable, and just, it is only natural to suppose that both wealthy individuals and groups must have been up to no good, grabbing by illicit means a larger slice of the economic cake than is theirs, according to his own conception of justice. It is therefore perfectly reasonable, or at least in keeping, for him to be anti-Semitic: he hates none more than the independently successful.

Unfortunately, the zero-sum idea of an economy as a cake, and every part of it as a slice, to be shared by the dictates of social justice (that is, equally), is still popular among the disgruntled, among intellectuals, and among those who would like to be in charge of measuring and doling out the pieces. It appeals to the most reliable and longlasting of all human emotions—resentment. Anti-Semites make constant reference to the wealth and cultural, intellectual, and social influence of Jews, as if these could be explained only by conspiracy, or at least injustice.

Jews no longer play the part that minorities are supposed to play in the mind-set of such as Corbyn, that is to say of the downtrodden, who need such as him to save them. It is notable that no one in Britain ever talks of the need to help the Sikhs, because they have been able to look after themselves, and according to the survey are the second-richest British religious group, though not long ago there was prejudice against them. The rise of the Sikhs to prosperity indicates that Britain remains a relatively open society—precisely the kind of society that Corbyn hates and hopes to destroy. His ant-Semitism is all of a piece with this.

PrevClose the Gender Pay Gap
Immigration and Islam in AustriaNext