A jihadist who plotted massacres at busy London tourist hotspots has been convicted of terror offences  little more than a year after he was cleared of a sword attack on police outside Buckingham Palace. Former Uber driver Mohiussunnath Chowdhury was driven by “dreams of martyrdom” as he planned gun, knife and van onslaughts on targets including Madame Tussauds, the gay pride parade and an open-top sightseeing bus last year. 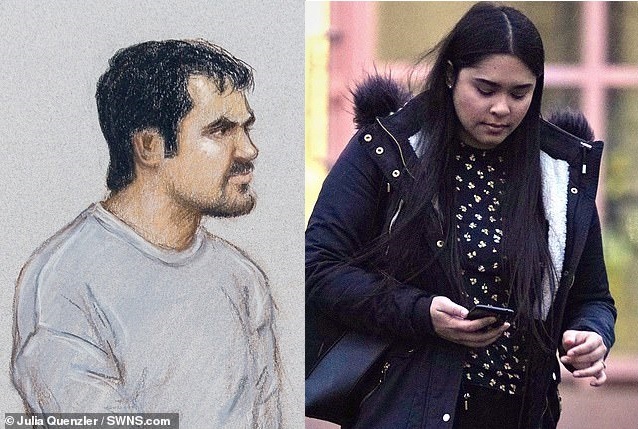 But the 28-year-old chicken shop worker was unwittingly confiding his plans to undercover police posing as like-minded extremists who had him under surveillance during a five-month operation. Preparing for his atrocity, he lifted weights, practised stabbing and rehearsed beheading techniques as well as booking shooting range training and trying to acquire a real gun, his trial at Woolwich Crown Court heard.

Chowdhury, who was cleared in December 2018 of slashing police with a sword outside the Queen’s London residence while shouting “Allahu Akbar”, had bragged about deceiving the jury in that trial. But within days of being released HMP Belmarsh, where he had spent 18 months on remand, Chowdhury began posting extremist messages online and planning a large scale terrorist attack.

It is understood Chowdhury was placed under surveillance following his release from prison and within days had begun posting extremist messages online. Four undercover officers, including one known as ‘Mikhael’, befriended Chowdhury, posing as fellow jihadists.

Woolwich Crown Court heard how Chowdhury became driven by “dreams of martyrdom” during his time in Belmarsh, where he was held alongside “likeminded brothers” including Ahmed Hassan, the Parsons Green bomber. The revelation that he was further radicalised in prison, comes after two convicted terrorists, Usman Khan and Sudesh Amman also carried out attacks following their release.

He remained emotionless as jurors found him guilty of engaging in conduct in preparation of terrorist acts, collecting information likely to be useful to someone preparing an act of terrorism and disseminating terrorist publications.

His sister Sneha Chowdhury, 25, cried as she was convicted of one count of failing to disclose information about acts of terrorism