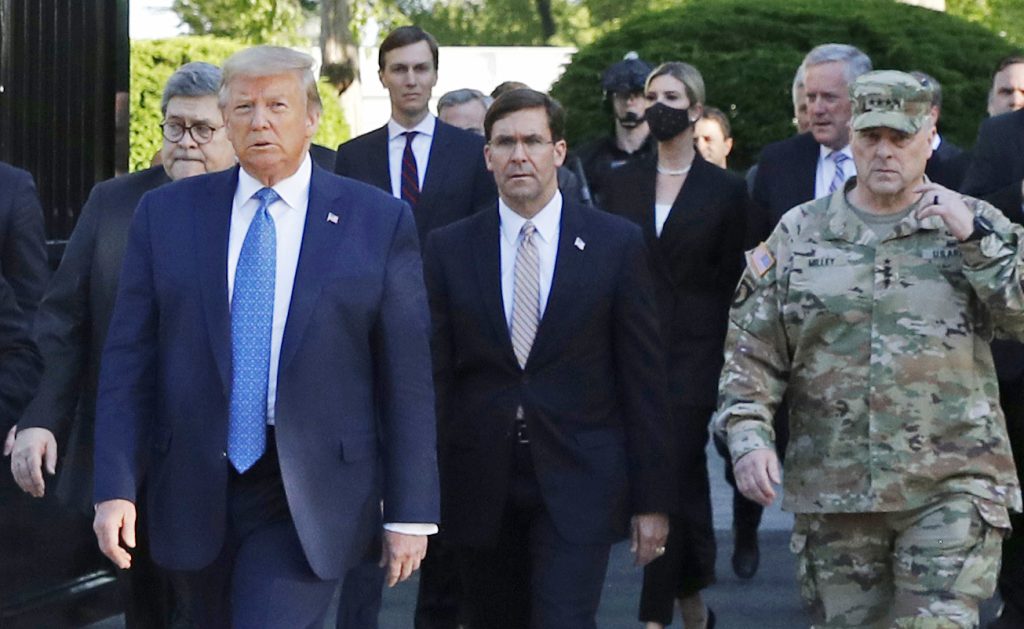 Ten weeks from the midterm elections, U.S. politics seem to have solidified into a titanic struggle between the unstoppable force of Donald Trump and the fortified citadel of the combined political, financial, high-tech, intellectual, and entertainment establishments who oppose him.

Trump wishes, in his phrase, to ”drain the swamp”—to dispose of practically the entire senior level of the federal government for rank incompetence and corruption. At least 40 percent of American voters believe in him passionately, and despite the endless disparagements of Trump’s scores of millions of followers as “deplorables” and overly dependent on “guns and religion” (Hillary Clinton and Barack Obama), most of them are civilized people whose knuckles never touch the ground and whom disgraced FBI Trump-Russia collusionist Peter Strzok did not “smell at Walmart.”

Trump and his followers hold that his entrenched enemies and the Clinton, second Bush, and Obama administrations are responsible for endless, unsuccessful, and unjustified wars in the Middle East, the greatest economic disaster since the Great Depression, and economic policies that have sent tens of millions of jobs overseas and allowed a tidal wave of cheap labor into the United States, all at the expense of the traditional American working class. They despise what they see as a policy of weakness abroad and narcissistic elitism at home. Those who believe this are by far the largest and most loyal political bloc of voters in the country, and they are approximately as resolute in their support of Donald Trump as his enemies are in their hatred of him.

Trump’s enemies believe that he’s a dangerous authoritarian who is racially insensitive, recklessly bellicose in the world, and capable of irrational actions that could imperil civilization. Trump’s supporters and particularly those who know him personally (myself included), are confident that these Doomsday reservations are unfounded, and we saw nothing to justify any of it while he was president. Trump’s stylistic problems are well known and regrettable, but imputing nuclear recklessness to him, or any racial or gender biases, is nonsense.

The high tension in the current political climate is due to Trump’s enemies’ mortal fear of being evicted from the public trough, and their preparedness and perhaps even eagerness to compromise the justice system and the intelligence services to defame Trump and disqualify him from the presidency. We saw this in the Russian collusion fraud and the two spurious impeachments, and it’s almost certainly the basis of the absurd and almost totalitarian occupation of his Mar-a-Lago residence, ostensibly in a dispute over records and archives that is a civil matter, and in which he had been cooperating.

Trump’s enemies fear he might do anything, and Trump and his followers fear that his enemies will do anything to stop him: It’s a recipe for complete mutual distrust. Since there’s no evidence that Trump is in fact dangerous, as claimed by his enemies, a laborious effort has been underway for six years to create the case that he really is dangerous. A particularly thorough example of this was a long article (about 10,000 words) by Susan Glasser and Peter Baker in the New Yorker on Aug. 8. Trump is introduced as having a child-like love of military parades, “like dictators,” though he got the idea in France at Bastille Day 2017, but didn’t want wounded veterans in the parade, as “it doesn’t look good for me.”

Much of the article is devoted to Trump’s disdain for most of his senior generals. He is attacked for being dissatisfied with Gen. James Mattis and for arousing the hostility of Gen. Mark Milley, both of whom are lionized for opposing Trump even though they strenuously disliked each other. In a particularly gratuitous comment, the authors quote Trump reproaching generals for not being as loyal to him as Hitler’s generals were. His chief of staff John Kelly’s reply was that Hitler’s generals tried to kill him three times; it was once (July 20, 1944), and they did in fact, for a group of intelligent militarists, show an astounding loyalty to a policy that was both criminally immoral and strategically insane.

But the article misses the main point, which is that Trump has every right to be dissatisfied with his senior military officers. He lavished spectacular budgetary largesse upon them to bring the U.S. armed forces up to complete sufficiency, and they totally failed to keep pace with China and even Russia in hypersonic weapons and have substantially failed to develop an adequate defense system for America’s Nimitz class aircraft carriers. Milley is partly responsible for the horrible disaster of the Afghanistan evacuation, and famously predicted complete Russian victory over Ukraine in two weeks. He seems to have been more preoccupied with critical race theory training than defending the country.

These authors hold, solely on Milley’s contested gossip, that Trump was self-evidently capable of provoking a war as a pretext for ignoring the apparent election result, or employing the armed forces to intervene in the U.S. election process. No evidence of this has surfaced in 19 months, and while Trump was president, the prospects of peace rose—in the Middle East, Korea, and generally. Trump’s determination not to permit the destruction by arsonists of the “Church of the Presidents” across from the White House was an “attack … on the American people” and “opposing a movement for racial justice.” Since Democratic mayors across America were unwilling to seek the assistance of the National Guard in restraining demonstrators who did billions of dollars of damage and killed scores of people, it was reasonable for the president to contemplate the Insurrection Act. President Thomas Jefferson had almost all of New England under martial law for years because of violations of his absurd trade embargo during the Napoleonic Wars.

The 2020 election, because of changes to voting and vote-counting rules in swing states that were determined unconstitutionally and not by the state legislatures, was the most dubious result in U.S. presidential history. It was not unreasonable that Trump considered every feasible means of contesting the result, though he has himself to blame for waiting too long for his constitutional legal challenges.

Milley’s walk, with about 40 other senior personnel with the president to St. John’s Episcopal Church in Lafayette Square, has been pilloried, but it was billed as indicative of the determination of the government not to tolerate vandalism of historic sites or assaults on religious institutions. Milley now sees it as the ex-president’s preparedness to make war on the American people, “with Trumpian Brown Shirts fomenting violence.” Trump’s performance on Jan. 6 is billed as an incitement “to descend on the capital [sic] to help him hold on to office.” Citing the Duke of Wellington after Waterloo, Milley claimed avoiding an attempted coup d’état “a very close-run thing.” This was as accurate as his assertion that war killed “150 million people from 1914 to 1945.” (It was about 90 million.)

Milley phoned his analog in the Chinese armed forces to tell him that if Trump was about to unleash nuclear war on China, Milley would warn the Chinese.

Despite some inelegant and nerve-racking shortcomings, Trump was an effective president and, in any case, is a patriotic American (and military school alumnus). This New Yorker article must be seen as part of the very comprehensive campaign to portray Trump as unfit for reelection as president. It’s scurrilous and defamatory, and relies almost entirely on the self-serving recollections of a failed chairman of the Joint Chiefs of Staff. One of many good arguments for Trump’s reelection is to clean house at the Pentagon; little has been done right in that vast building in the last 20 years.