Kenneth Bialkin: A Man for All Seasons 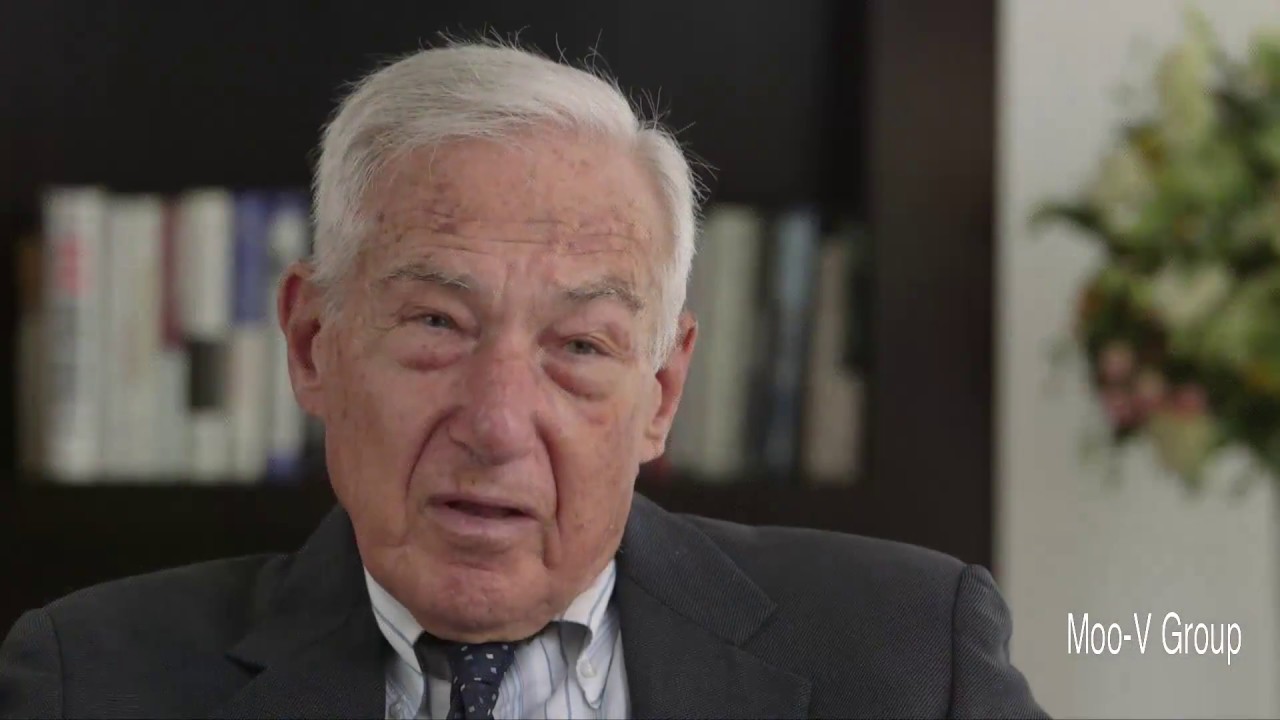 Time and again I’ve longed for a true leader, someone to make my brain beat the faster. Some well known people possess contradictory elements in their character and outlook. A gifted writer like John Buchan, author of The 39 Steps was an imperialist yet an advocate of racial integration, a conservative yet a social reformer. Other individuals who have risen to the heights have a coherent uniform outlook, a moral and political inner core, unmistakable, understood and appreciated. An esteemed example of such a person, a true leader,  was Kenneth Bialkin, the New York lawyer, philanthropist, and Jewish activist who died on August 22, 2019 at the age of 89. Above all the qualities for which he was and is renowned nationally and internationally, he must be remembered for two factors; one, in the words of Winston Churchill he waged “war against a monstrous enemy,” antisemitism, and malevolent attacks on the state of Israel; and second, he was evaluated highly in the hearts of people he touched as well as striding the legal and the Jewish world like a Colossus.

In a world darkened by an individual like the actor Mel Gibson, who in 2006 proclaimed that the Jews are responsible for all the wars in the world, and has now been inappropriately cast in a new film to play the role of a super-rich character of a fictitious Rothschild family, Ken Bialkin was a man who spoke the truth in a still, small voice, and was a model of enlightenment. Ken was a man of integrity, a man of high intelligence and also of wisdom, who was passionate and articulate about his beliefs and actions, opinions that were not always in fashion.

Ken was the epitome of humane and sophisticated discourse and behavior at a moment when the forms of civility have been violated not only by the Gibsons of the world, but also by some members of the U.S. Congress. He was effortlessly polite to both like-minded persons, a band of brothers, and to those whose views differed from his. His demeanor was calm, if not cool, his vocal utterances a model of clarity, and there could be no misunderstanding of his remarks or his opinions. He was almost a legendary model: a man of easy charm, he was mild mannered, well dressed, worked hard, never raised his voice above a normal baritone. He spoke wisely and slowly, knowing that those who run fast will stumble.

Born in the Bronx, NYC, of Russians and Polish parents, Ken was educated at the University of Michigan, and for a short time at the LSE, in economics and obtained a law degree at Harvard in 1953  For 18 yeas he taught courses at the NYU School of Law .

But his life was not in academe, but in the legal profession, working together with a variety of business organizations and public bodies, and as an activist on behalf of his love for the State of Israel. He was a member and partner in a number of law firms, the last being Skadden, Arps in NYC., with 22 offices and 1,700 attorneys in four continents, one of the most profitable and well known  law firms in the world, the first law firm to report $1 billion in annual revenue. At Ken’s death a Skadden spokesperson talked of Ken ‘s calm, thoughtful, self-assurance, that suited him as legal, business, and personal adviser to the CEOs of some of the world’s highest profile companies.

His main business interest and outstanding expertise was in corporate finance transactions, corporate and securities law, international mergers and acquisitions. He was on the boards of many businesses organizations and adviser to others, including insurance companies, brokers, and investment banks. Among his well known successes were the merger in 1998 of the Travelers group with Citicorp, his representation of the Stock Exchange Nasdaq, the merger of Metropolitan Life Insurance Company with the New England Mutual Life Insurance Company. Among his public services, he chaired some committees of the American Bar Association, and was secretary of the Board of Carnegie Hall, 1991-2017, and helped in management and as chronicler of part of its history.

But his record is even more extraordinary and meaningful for the 60 years of his devotion to shielding the U.S. Jewish community against antisemitism, defense of the State of Israel, and for his leadership and participation in most of the significant American Jewish organizations.

The impact of this extraordinary record was visible in the very large gathering paying tribute at his funeral in the synagogue in New York on August 26, 2019. Among the hundreds of distinguished congregants were two former U.S. Secretaries of State, former Attorney-General of the U.S., well known politicians, prominent business leaders and the media, the president of the Council of Foreign Relations, and the leaders, past and present, of U.S. Jewish organizations. To list the positions Ken held is to tour the organization of the American Jewish World. Ken was national chair of the Anti-Defamation League, 1983-86, chairman of the Conference of Presidents of major American Jewish Organizations in the mid 1980s, active in the fight for freeing Soviet Jews, chair of the American Jewish Historical Society, the Jewish Community Relations Committee in New York, vice chair of the Jerusalem Foundation, and chair of the American-Israel Friendship League. For 15 years he hosted a panel discussion on Israel and the Middle East in the Jewish Center of the Hamptons in Long Island. Together with his wife Ann, who was president for 28 years, Ken was active in ELEM, a body which assisted Israeli youth in distress, neglected and delinquent.

He was a member of the Republican Jewish coalition, donated to Republican candidates, and admired the Revisionist Zionist leader Ze’ev Vladimir Jabotinsky, but he was non-aggressive and never a campaigner in holding these views and listening to dissenting voices.

Ken was the symbol of the loyal American and devoted Jew, a refuter of the accusation against Jews of double loyalty, and also a supporter of the State of Israel, though not of its every action or every Israeli politician.  He was dedicated to American institutions and to the fight against antisemitism. He helped gain posthumous pardon in the state of Georgia for Leo M. Frank, the Jewish business man falsely accused of murder and lynched in 1915. He rightly condemned the use of antisemitism as an element in the assault on the legitimacy of Israel. He was aware that antisemitism continues today, perhaps most virulently in parts of the Arab world, and is fueled by many governments and powerful religious leaders. Politicians in the U.S. Congress should be aware of the question Bialkin raised: whether the animus against Israel in the United Nations and its agencies may indeed be a reflection of latent or historic antisemitism.