Let The Punishment Fit The Crime of Antisemitism 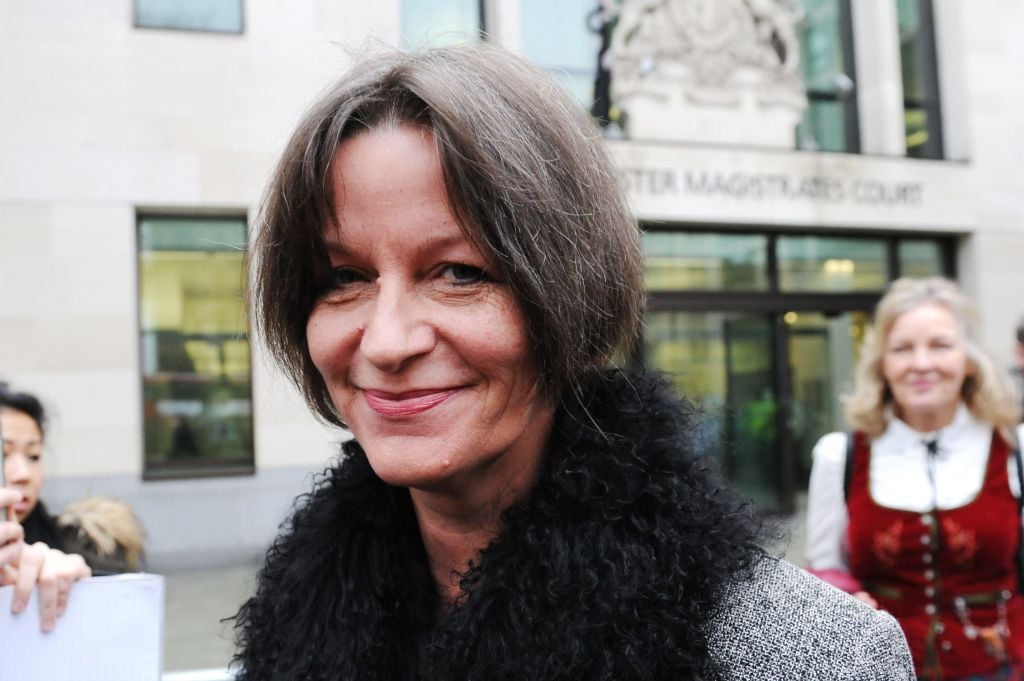 To alter a Wilde witticism, a true lady is one who is never unintentionally rude. A number of women, perhaps not ladies though experienced public entertainers, in both the U.S. and in Britain, may be considered examples of Oscar’s mot. None of them can be called a tramp, though they sometimes bother people they hate. In one week in the U.S. in May 2008 two women comedians, Roseanne Barr and Samantha Bee, have admitted and apologized for explicit rudeness, and implicately for a comedian’s nightmare, a bad joke.

Barr apologized for posting a racial tweet about Valerie Jarrett, the black woman born in Iran, former adviser to President Barack Obama, comparing her, among other things, to an ape. Her attempt at a joke, Barr explained, was “insensitive, not racist.” Nevertheless, her new sitcom show was immediately cancelled by ABC.  Her explanation that a prescription drug had contributed to her unfortunate tweet was not taken seriously.

The busy Canadian-American Bee, apologized for her vulgar language, “inappropriate and inexcusable remark,” to describe Ivanka Trump daughter of the President. It is arguable whether a double standard is present in the two cases  since Bee, considered on the left side of politics, has not, at least so far, been punished or suffered professionally, while Barr, a reconstructed rightist, is considered by ABC of making a statement that is “abhorrent, repugnant, and inconsistent with ABC values.” Taking its high moral position about “unknown” values, ABC did not comment on the financial consequences regarding sponsors who withdrew from financing Barr’s show.

In any case, the two performers genuinely apologised for their insensitive and offensive remarks. This has not been the situation in a new British case concerning the posting by Alison Chabloz, a Swiss-British dual citizen and musician, of a grossly offensive video song on line, part of which contained the lyric, “Did the Holocaust ever happen?”

Another recent previous case in UK involving the issue of free speech concerned a 29 year Scottish man named Mark Meechan (aka Count Dankula). He had in April 2016 posted a video on You Tube of his girlfriend’s dog he had trained to give the Nazi salute. The dog reacted to certain phrases, “Gas the Jews, and “Sieg Heil.” Meechan was tried and in April 2018 was fined for his video that the court found offensive, antisemitic, and racist. It did not believe Meechan’s excuse that the video was made only to annoy his girl friend.

Alison Chabloz was indicted and found guilty of posting on You Tube “grossly offensive” songs, intended to insult those, including Elie Wiesel, Otto Frank and Irene Zisblatt, a  Holocaust survivor from Auschwitz, to whom her lyrics related. She mocked, to the tune of Hava Nagila, some of them for having fabricated their narratives. Her performance was not an academic critique of the Holocaust, but an attack on Jews.

A London District Judge, John Zani, on June 1, 2018 held that Chabloz’s apology for her antisemitic lyrics were neither convincing nor genuine, and she showed no remorse or appreciation of her offence. There is no specific law in Britain regarding Holocaust denial as there is in some countries. The prosecution against Chabloz was first brought by a private organization, the Campaign Against Antisemitism, before the Crown Prosecution Service,  CPS, took it on. The court decided on the basis of the UK Communictions Act 2003, in which article 127 mentions an offence is committed by sending “by means of a public electronic communications network a message or other material that is grossly offensive or of an indecent, or menacing character,” and whose purpose was to cause annoyance, inconvenience or needless anxiety for another.

Judge Zini held that Chabloz’s songs appear to have been designed to spitefully offend others in as grotesque and unpleasant a manner as she felt able to achieve. The singer failed to show any real remorse for her offence that has caused harm to others. The judge did not accept as full explanation that she had acted out of revenge because she had lost a job on a cruise ship, one of the Aida Cruise line that has Jewish owners, after she posted an anti-Israeli tweet.

Chabloz for a number of years has been provocative, claiming the Holocaust was a “hoax” by Jews. She said that there was no proof that allegedly homicidal gas chambers were used to kill Jewish people during World War II. Auschwitz was a “theme park,” and the number of six million killed was exaggerated.

In this she shares the views of Catholic Bishop Richard Williamson who was excommunicated from the Catholic Church in 1988 for being ordained by Marcel Lefbvre, the leader of the conservative bloc, against papal orders.  Williamson is a traditionalist Catholic opposed to changes in the Church brought about by the Second Vatican Council, 1962-1965. He is also by decision of a German court a Holocaust denier. He has denied, as has Chabloz, the gassing of Jews in Nazi camps, following the opinion of Ernst Zundel, German promoter of Holocaust denial, and insisted “only” 200-300,000 Jews were killed. He also has suggested that Jews aim at “world domination,” and has endorsed the Tsarist forgery Protocols of the Elders of Zion , the alleged Jewish plot for world domination.

In her fantasy world Chabloz is not alone. She is associated with dubious company, among them Jeremy Bedford-Turner, leader of the right wing neo-Nazi London Forum, and David Shayler, former member of MI5. Turner has informed us that London, “once described as the cradle of freedom and democracy,” is now the heart of a liberal tyranny. He was sentenced in 2017 to a year in prison  for antisemitism. His main objective is to free England from Jewish control.

David Shayler, a transvestite (aka Delores Kane) portrays himself as the Messiah, on a divine mission from God, successor to previous incumbents, King Arthur, Macbeth, Lawrence of Arabia, and Che Guevara. His mission is the dismantling of the “Zionist Empire.” Not surprisingly, he holds that 9/11 was orchestrated by Zionist agents, and that Hitler was good for the Jews so they could claim compensation. Shayler is a hemp cultivator and that helps explain all his bizarre statements, including the charge that British MI6 funded Islamist fighters to assassinate Colonel Gaddafi in Libya.

The fanatical zealots are a cosy group. In an article in the British newspaper Independent on May 7, 2017, the reporter claims he had infiltrated in February 2017 a secret meeting of the white suprematist, neo-Nazi London Forum held in East London. Among the assorted wisdom he heard was that Auschwitz was like Disneyland, allegations about Hitler were gossip, numerous Jewish conspiracies, defences of slavery and segregation, and the degeneration of the West.

Chabloz was present at the meeting and said she had performed at the 88th birthday party of Robert Faurisson, French major Holocaust denier, had sung a parody of Edith Piaf’s song, “I regret nothing,” and gave the infamous quenelle salute.

This Chabloz case once again raised the question of limits on free speech. Does the honored principle allow the right to offend and insult people? Everyone will agree that freedom of expression, especially artistic freedom, should be upheld. However, Judge Zini in the Westminster Magistrates Court held that portrayal of certain historical events, the Holocaust, affecting the Jewish community, and deceptive and dishonest attacks on well known Jews in an insuling, upsetting, and disrespectful manner are unacceptable in an open and multicultural society. The principle of freedom of speech did not provide Chabloz with immunity from prosecution. Nor should it be available for any bigoted antisemite.

You can argue that the sun rises in the west, but you cannot deny the Holocaust happened.

PrevDid A Holocaust Survivor Convert to Islam In Amsterdam?
Entering the final 10 days of Ramadan in England.Next