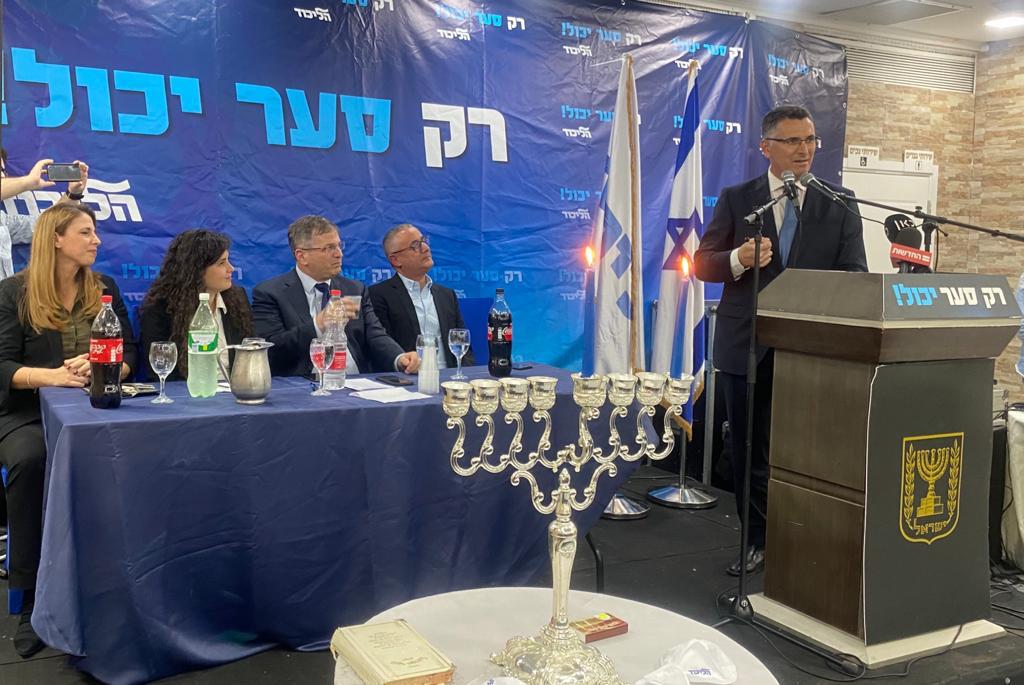 On the brink of a Likud leadership primary with two candidates, the incumbent Israel PM Benjamin versus leading Likud Knesset figure Gideon Sa’ar, we spoke by phone with Jason Pearlman in Israel. Pearlman is a strategic development and political consultant in Israel. The Likud party leadership primary occurs on Thursday, December 26th, the results of which will be reported early on Friday, December 27th.   Pearlman has worked for in these capacities for the Office of President of Israel, Education and Foreign Ministries, the Israel Embassy in London and the British Jewish Board of Deputies, political, business and sports figures. See his LinkedIn page for additional information.

The wide-ranging interview covered national and Likud Party polls, the ability to form a ruling government given the electoral stalemate and scheduled third election on March 2nd,  impact on funding on public sector in Israel, functioning of Defense establishment in the midst of intensified regional threats, especially from Iran and proxies, the International Criminal Court prosecutorial investigation into allegations of war crimes by the IDF during the 2014 Operation Protective Edge,  prospects for Basic Law Reform post a third Knesset General Election and the rise of anti-Israelism and anti-Semitism given the 75th Commemoration of the liberation of Auschwitz to be held at Yad va Shem Holocaust Memorial on January 27, 2020.

On the Likud Leadership race and ability to form a government. Despite the national polls showing a strong leadership position by long serving incumbent Israel PM Netanyahu, Pearlman contends that internal Likud party polling indicate that that challenger Gideon Sa’ar may be more able to form a government with the right-wing bloc. Netanyahu has been impacted by the prospects of trial given the indictments on bribery and corruption charges.

Impact of Electoral Stalemate on Basic Services.  The impact of the electoral impact on the ability of the government to provide basic services has been “crippling’” as it has been operating without an approved budget. Pearlman cited the absence of adequate funding for hospitals and education as particularly severe.

On the Effectiveness of the Defense Establishment under a caretaker government.  The Defense establishment continues to carry out operations especially against Iran and its proxies in Syria, Lebanon, Iraq and Hamas and the Palestinian Islamic Jihad in Gaza. However, Pearlman, observed that in the long run there are serious complications given threats in the region, especially with Iran and others.

The ICC investigation of alleged war crimes by IDF during Operation Protective Edge in 2014.  Pearlman felt this was a sad development, given that Israel was a key party to support the ICC formation, even though it did not ratify the 2002 Treaty of Rome. He considers the investigation politicized and hi-jacked by anti-Israel groups, especially the Palestinian Authority that had joined the ICC given its Observer Status at the UN General Assembly.

On the significance of the 75th Commemoration of the Liberation of Auschwitz- Birkenau at Yad Vashem Holocaust Memorial.  Pearlman considers this an especially crucial time for Israel and the Jewish world given the rise of anti-Israelism and anti-Semitism. That is reflected in a spike of such incidents in the West in the EU and UK, here in the US especially, the attacks on synagogues in Pittsburgh and Poway, California, and the violent murderous attack on a Kosher Supermarket in Jersey City, New Jersey and virulent anti-Israel attacks on US college campuses. In that context Pearlman cited  the significance of the 75th Commemoration of the Liberation of Auschwitz-Birkenau and the gathering of 38 world leaders at the Fifth Holocaust Memorial Forum on January 23, 2020 at the  Yad Vashem World Holocaust Remembrance Center in Jerusalem  with the theme of “Remembering the Holocaust and fighting anti-Semitism”. 30 world leaders have indicated attendance including: President of Russia H.E. Mr. Vladimir Putin, President of France H.E. Mr. Emmanuel Macron, President of Germany H.E. Mr. Frank-Walter Steinmeier, President of Italy H.E. Mr. Sergio Mattarella and President of Austria H.E. Mr. Alexander Van der Bellen.  Note these comments of Dr. Moshe Cantor President of the World Holocaust Forum at a press conference held at the residence of Israeli President Reuven Rivlin in November 2019:

“Jewish life is once again under threat in Europe. It is under threat from the day-to-day harassment and attacks, on the streets, in schools, at universities, online, and even in their own homes. It has become so bad that the overwhelming majority of Jews in Europe no longer feel safe.”

“Antisemitism is a hatred that knows no boundaries, and has been adopted by multiple ideologies. Jews are relentlessly attacked by the Left, the Right, and the mainstream. This is another pivotal point in history where the leaders of the world have to stand up and act. Words are not enough, and I conceived of the World Holocaust Forum to be a place where we can create an action plan to aggressively fight back against antisemitism”.

[i] Jerry Gordon is a Senior Vice President of the New English Review, author of The West Speaks, NER Press 2012, and co-author of Genocide in Sudan: Caliphate Threatens Africa and the World, JAD Publishing, 2017. Mr. Gordon is a former US Army intelligence officer who served during the Viet Nam era. He is producer and co-host of Israel News Talk Radio – Beyond the Matrix.