Just skimming local news (including areas where I don’t live or have a connection) and I found two items.

First from the Buckinghamshire Free Press

A High Wycombe man who won a Bucks County Council by-election but was charged with electoral fraud has pleaded not guilty to the crimes. Israr Rashid, 40, of Hobart Close, was a Wycombe Labour candidate but was suspended from the party days before the Totteridge and Bowerdean by-election – which he won with 40.8 per cent of the vote.

He was later charged with conspiracy to defraud the electoral services manager at Wycombe District Council by dishonestly causing or permitting to be submitted to the officer postal voting statements which contained false particulars, and two counts of committing, aiding, abetting, counselling or procuring in the commission of voting by post as some other person.

The alleged crimes all happened between January 2, 2019, and February 8, 2019, in relation to the Totteridge and Bowerdean by-election which happened on February 7, 2019.

Because not guilty pleas have been entered, a trial, which is expected to last four to five days, will go ahead although this date has not yet been fixed.

Mr Rosser said there is “substantial” evidence that will need to be gone through and interpreters will be needed for some of the witnesses.

Judge Francis Sheridan, who presided over the plea and trial preparation hearing, said it was in the public interest that the trial is arranged “as promptly as we can”. He added: “If [Mr Rashid] does not turn up for trial, it will be held in his absence.”

A Redbridge Councillor has been charged with electoral fraud and is due to appear in court this month. 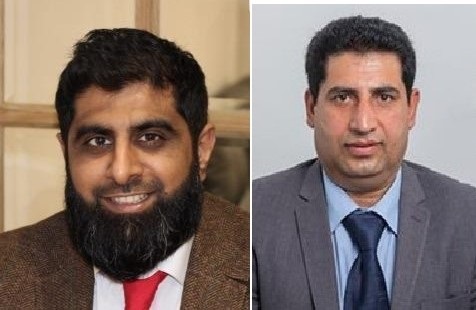 A Metropolitan Police spokesperson revealed the charges “relate to false declarations by Iqbal regarding his address”.

Cllr Iqbal is still listed as a councillor on Redbridge Council’s website. He is due to appear at Westminster Magistrates’ Court on May 22.

Two things link these cases, both ideological, and I’m sure I don’t need to spell them out.