From the Huddersfield Examiner and the Telegraph  Lord Ahmed received his peerage (or so it is said) for ‘services to fish and chips’. His family certainly made a lot of money in the fish business, and he liked to play up his blunt Yorkshire ‘man of the people’ persona.

A former Labour peer has started a trial, along with two of his brothers, accused of historic sex offences, including raping a child. 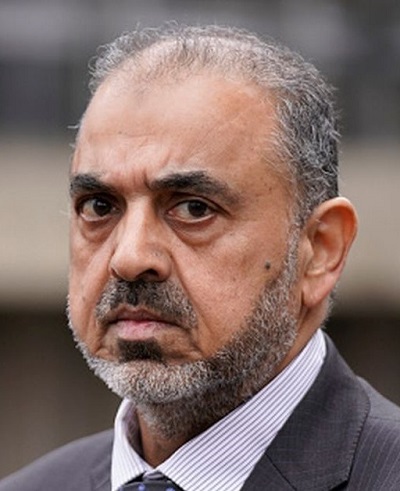 All three men deny the charges.

The Huddersfield Examiner reported from crown Court Sheffield throughout the day.

The prosecution say that Lord Ahmed abused the young boy as well as a girl. Mr Little said that unlike his brothers his offending extended to penetration of the boy on at least three occasions.

Mr Little then told the jury about the allegation of the attempted rape of a young girl. He said Lord Ahmed is accused of attempting to rape her twice in the early 1970s. Mr Little said the allegations were only made in May 2016 when the woman, who alleged she had been abused by Lord Ahmed, contacted South Yorkshire Police. She said that she feared other people her age may also have been victims at the time.

The conversation between the pair was played to the jury during which the male complainant branded the three defendants “b****s”. She told him: “They did us a great wrong.”

The male broke down in tears on the phone stating that he thought he was the only one, to which she replied “they never stop”.

Later in the call, the woman said: “I seek justice for what happened to me and now I know what happened to you. It takes just one person to break that silence and it helps others to come forward. I have waited years, I’m not waiting any more. It’s not just for me, it’s for you and all the other children who Nazir Ahmed sexually abused and his brothers now,” she added. She assured her fellow complainant the police will take any allegations seriously and would listen to him.

In a later prepared statement Lord Ahmed said: “It seems there is an agenda behind the complaints and I am extremely concerned that whatever I say could be manipulated by the complainant in accordance with that. Any account provided that I have committed any such act is not truthful.” Lord Ahmed said the allegations were “wicked lies”.

Mr Little told jurors: “You will have to decided in this case who the liar is. We say it is Nazir Ahmed.”