No riots and demonstrations in our main cities for this young woman. To their credit the organisers of the Sarah Everard vigil in Exeter last month did include Lorraine Cox in their meditations and remembrance. But otherwise her death hasn’t provoked much outrage outside her circle of friends and neighbours in Devon and her partner in Scotland, unlike Sarah Everard, an educated professional woman murdered (or I should say accused of murder, a man remains innocent until proved guilty) by not just a white Englishman ,but a serving police officer (and how he slipped through the net of vetting and references I don’t know because as a white Englishman he didn’t tick any boxes for police recruitment other than that of being able-bodied).

From the BBC, the Guardian and Devon Live

A man who followed and murdered a woman on a night out before disposing part of her body in an alleyway has been jailed for life. Azam Mangori, 24, killed Lorraine Cox, 32, in his flat above a kebab shop in Exeter in September.

Mangori, of Dartmouth Road, Stoke-on-Trent, was found guilty of murder by a jury at Exeter Crown Court, after he admitted preventing a lawful burial. Judge Justice Garnham said he should serve at least 20 years in jail. And that isn’t long enough, but I doubt there will be an outcry – young women like Lorraine Cox don’t figure when ‘Me too’ or ‘Everyone’s invited’ or Reclaim the Streets get off on a feel-good march or rally, even before such is hijacked by BLM and Antifa to bash the government. We know this from the amount of attention the raped and abused girls of Rotherham and Rochdale received from the same worthies of feminism. But I digress.

The judge said Mangori’s intention at the time of spotting Cox walking home in the early hours of 1 September was to “pick her up” for a sexual encounter. They went back to his room above the Bodrum Kebab House, where they had sex at least once. “Exactly what happened next will not be known unless you choose to tell it,” the judge said.

“By the time you attacked Miss Cox she was hugely incapacitated by drink and as a result you were able to push that vest into her mouth and suffocate her without significant opposition. With Miss Cox dead on your bed, you then set out to deceive her friends and family as to her whereabouts and her fate. You impersonated her on a number of social media platforms.”

Miss Cox seems from CCTV to have accompanied Mangori to the kebab shop willingly but how capable of consenting to intercourse she was (and she was in a partnership with another young woman in Scotland who sounds devastated at her loss) will never be known, and I have not heard the ‘me too’ movement so much as mention her. But however unwise or reckless she was that night isn’t the issue.

“Rather than reporting her death to anyone, you kept her decomposing body in your bedroom for the next eight days. “You purchased the necessary equipment from nearby shops and then set about cutting up her body with a view to disposing of it. You disarticulated her arms at the shoulder, her upper legs from her pelvis, and her lower legs from the knees.

“With the exception of her left lower leg and her kneecaps, you wrapped all her limbs in black plastic bin liners and dumped them unceremoniously in the waste bins behind the restaurant in anticipation of them being removed by council refuse collectors. Her lower left leg and kneecaps have never been recovered.

“Then on 8 September, you placed her torso and head in a large plastic holdall and took it by taxi to Tinpit Hill on the outskirts of the city where you buried it beneath bracken and branches.”

His defence was that she died suddenly in his company. He thought she would come back to life but when she didn’t he didn’t know what to do for the best. Then he panicked fearful of deportation. He had researched amputation on line widely and the prosecution put forward that he had a rare ‘amputation fetish’. Medical evidence showed that neither her diabetes or any other potential medical condition would have brought on her sudden death at that point.

“I reject the prosecution’s earlier suggestion that you had gone out that night looking for a victim to kill and whose limbs you could later amputate,” the judge said.

“I find as a fact that you killed Miss Cox as a result of events in your room that night and your reason for this gruesome means of disposing of Miss Cox’s body was simply to avoid the detection of what you had done.

“You also mutilated Miss Cox’s body, cutting her forehead, tearing off large parts of the flesh from her back and stripping off the skin of her lower arm. “The purpose of that mutilation is clear was to remove a tattoo which might have helped identify her. We can only guess at the purpose of the former mutilations.”

The judge added: “By your actions, Mr Mangori, you ended the life of a bright, vivacious, intelligent young woman with her whole life ahead of her. Your cowardice in failing to report her death and attempting to hide the evidence of your crimes served to compound the loss and hurt suffered by her partner, her father, her other family and her friends…” 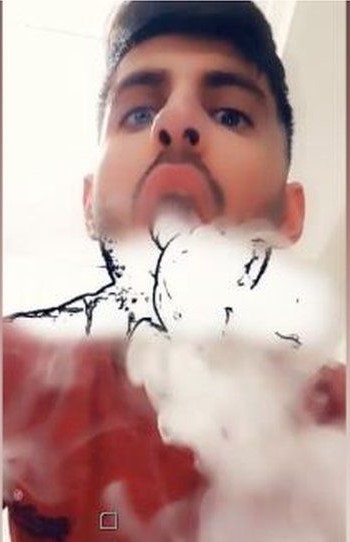 The partner of murdered Exeter woman Lorraine Cox has revealed the full emotional turmoil her death has caused saying, the ‘colour has been stolen from my life’. Ms Elise Fallow read a moving statement about her loss and the deveastation Lorraine’s murder has caused. She said summoning the words to describe the hurt was almost impossible and the knowledge of how she died haunted her.

Mangori, an Iraqi Kurd who was denied asylum in December 2018, told the court he had panicked because he feared being deported. A video that Mangori made of himself vaping and listening to music just hours after the killing showed he had been “remarkably calm”, said the judge.

The Home Office said after the case that “foreign nationals who abuse our hospitality by committing heinous crimes should be in no doubt of our determination to deport them”. A spokesperson said its “priority will always be to keep the British public safe” and reforms of the asylum system would “make it easier to return failed asylum seekers who have no right to remain in the UK”.

Empty words when the men who raped and abused the little girls of Rochdale are still free to wander around town shopping and working and still terrifying their victims years later.

I don’t believe that Azam Mangori is a jihad killer, or that like many of the rape gang abusers he felt justified by the koran in taking what he wanted from worthless infidel women. I think he is a vicious and perverted murderer regardless of his nationality and whatever religion or none he follows. But the reaction to Lorraine Cox’s death is yet another example of how those who are allowed to agitate in today’s world pick and chose their causes.