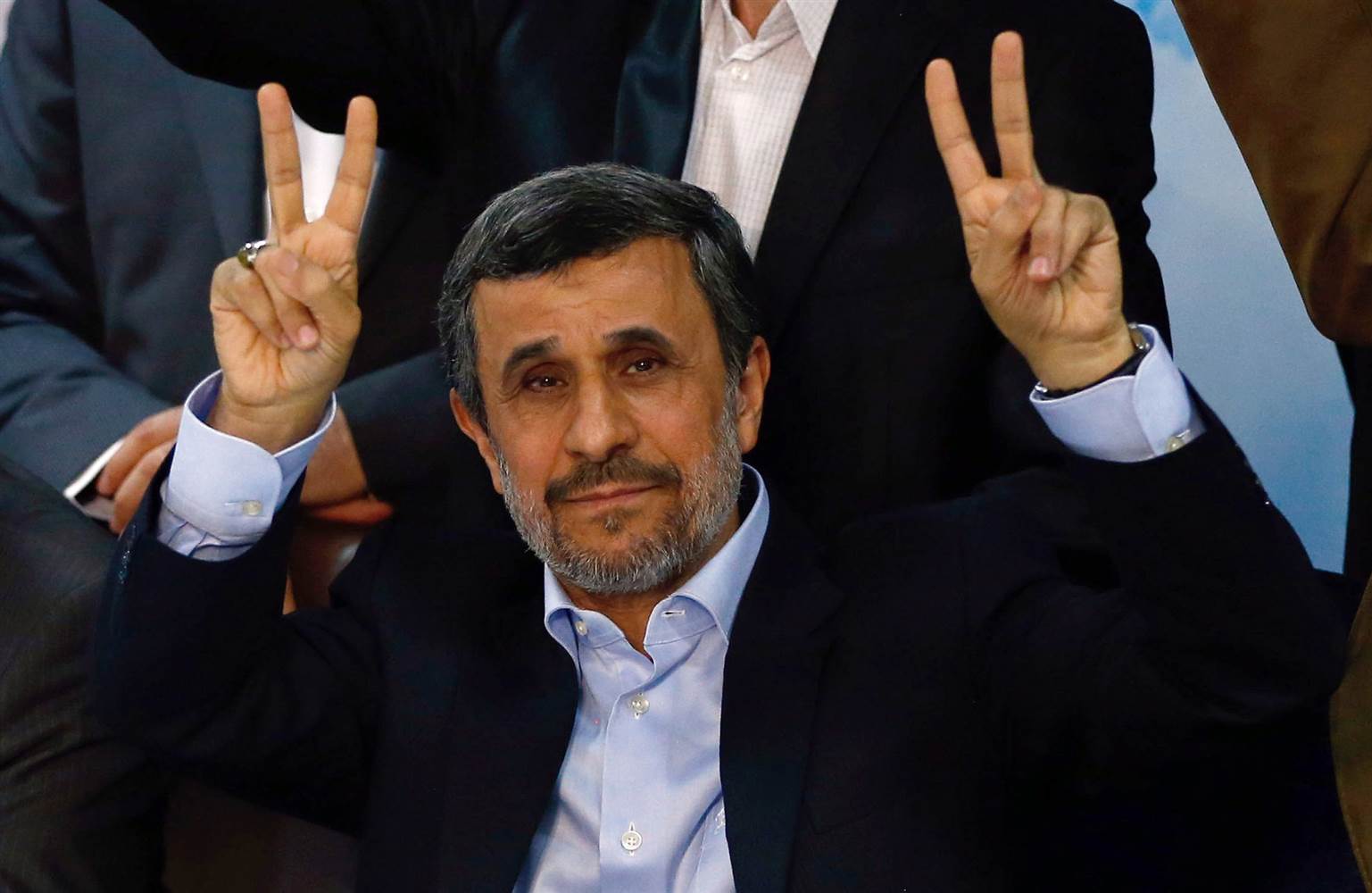 Something compulsive, something repulsive, comedy this week. First there was the Syrian denial it had used poison gas on April 4, 2017 that killed many civilians. Then then was the mistatement, for which on April 11 he apologised profusely, by Sean Spicer U.S. presidential spokesperson, that Hitler did not use chemical weapons during World War II. Then there was the announcent by French presidential candidate Marine Le Pen on April 9 that France was not responsible for deporting Jews living in France from the country to concentration camps and their death during the War.

Then followed the announcent that Mahmoud Ahmedinejad had registered to be a candidate for the presidency of Iran election to be held on May 19, 2017. This was bewildering not only in itself but also because the Supreme Leader of Iran, Ayotollah Ali Khamenei had “advised” him not to run. Ahmedinejad not only defied the Leader but also challenged the odds for two reasons. So far, 126 Iranians have filed to register to run in the election, including six women and seven clerics, and the incumbent President Hassan Rouhani is expected to run again.

Moreover, candidates are vetted in accordance with their political and Islamic beliefs by the Iranian Guardian Council, half of whom are chosen by the Supeme Leader, and half by the judiciary head with parliamentary approval. It is improbable that the Council will ignore the Leaders’s view. The questionable explanation by the 60 year-old Ahmedinejad was that he had registered merely to support former vice-president Hamid Baghaei, his 48 year-old ally who has been charged with corruption.

Ahmedinejad, who served two four terms as President between 2005-2013, is a polarizing figure, whose election as president in 2009 was disputed because of irregularities and vote rigging. With an academic background in engineering, Ahmedinejad has been and remains a strong supporter of Iran’s nuclear program, a standpoint  that reflects the opinion of at least a minority of the Iranian population.

All the world’s a stage, and Ahmadinejad role is renowned for his foolish role on it, that of the frightening would be comedian whose comments have been priceless for their imbecility. Without him we would not have known that the United States and west European countries were destroying the clouds moving towards Iran and therefore causing the drought that plagued the country. We were ignorant of the fact that the western countries were responsible for the HIV virus in Africa.

Perhaps his most comic performance was his attack in July 2010 on Paul the Octopus. Ahmadinejad illustrates that the fool doth think he is wise. Paul, this German sea creature, by its choice of boxes containing its food, or perhaps by sheer luck, correctly predicted the outcome of eight World Cup matches. For Ahmadinejad, the harmless creature Paul became the symbol of western decadence and decay, the method of spreading western propaganda and superstiion.

At Columbia University in New York City on September 4, 2007, Ahmadinejad told a sick joke. In answer to a question about the recent execution of three gay men in his country he told his audience, “In Iran we do not have homosexuals like in your country.” He did not tell the students that according to Article 233 of the Islamic Penal Code of the Islamic Republic of Iran homesexuality is punishable by imprisonment, corporal punishment, or execution, and a number of men have been hanged on the basis of the law.

All these episodes are grounds for questioning Ahmadinejad’s attempts at buffonery or black comedy or even his sanity. But his frightening and most prominent appearance on the international stage has been his fulmimations against the State of Israel. The most notorious of these was his remark, translated by the official Iranian media in 2005, that “Israel must be wiped off the map.” For him it is a mighty power. He is quoted as saying on May 15, 2011 that the “reason for our insistence that the Zionist regime should be wiped out and vanished is that the Zionist regime is the main base for imposing repression and harbours the main terrorists of the world.”

In addition, Jews have fooled the world. The Holocaust, he said, was a colonialist plan that resulted from a lie that Israel exploits to oppress Palestinian Authority Arabs. Jews made a story named Holocaust and the Palestinians have to pay for it.

Ahmadinejad told the world in May 2013 that the period of the Zionists is over, and Israel shoiuld give their place to others. Meeting Palestinian President Mahmoud Abbas in August 2013 he told the Palestinian that the “Iranian people was ready to march on Israel to wipe it out if Israel attacks the Islamic Republic.”

But the task was world wide not simply Iranian. In one of his last utterances as president in Februry 2012, Ahmadinejad with remarkable historical imagination told a a meeting of ambassadors of Islamic nations meeting in Teheran that “for some 400 years (sic) a horrendous Zionist clan has been ruling the major world affairs, and that behind the scenes of the major power circles…they have been the decision makers.”

He told the ambassadors to mobilize the resources of their countries to destroy the corrupt, uncultured, and murderous Zionists. He appealed to the world: “The Zionist regime is both the symbol of the hegemony of the Zionism over the world and the means in the hands of the oppressor powers for expansion of their hegemony in the region and in the world.”

Even the stauchest supporter of the State of Israel, as well as the leaders of Russia and China, must be surprised to learn from Ahmadinejad that Israel is the axis of unity of the world’s hegemonic powers. All sensible people must be shocked by Ahmadinejad’s argument that the annihilation of the Zionist regime will path the path for the establishment of justice and freedom in the world.” One hopes that even the voters of Iran do not believe that Israel should be wiped off the map.