Born of the sun he travelled a short while towards the sun and left the vivid air signed with his honor. 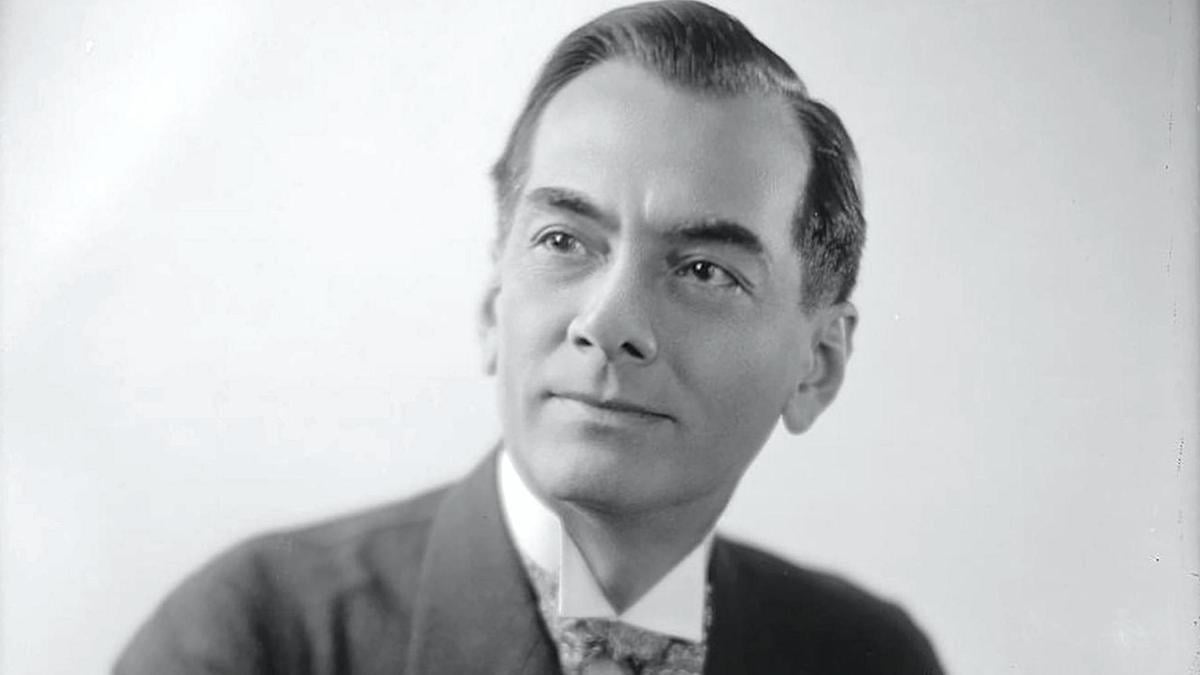 At the 75th anniversary of the liberation of Auschwitz on January 27, 2020, held at the site of the former death camp, the more than 200 survivors out of the 7000 prisoners alive at the liberation, as well as distinguished individuals, many overcome with emotion, spoke of and  gave testimonies of the horrors and tragedies they experienced during their incarceration in the death camp. At another ceremony at Yad Vashem, World Holocaust Remembrance Center in Jerusalem, Prince Charles spoke of the magnitude of the genocide that was visited upon the Jewish people, which defies comprehension and “which can make those of us who live in the shadow of those indescribable events feel hopelessly inadequate.”

By coincidence in the same month of January, the indescribable events and the horrors of the factory of death that can never be forgotten were the background of two new fictional presentations, a play and a film, alluding to the Holocaust.

On January 25, 2020 a play titled Leopoldstadt by the 81 year old Tom Stoppard, arguably the greatest living playwright, opened in London. Born in 1937 in Czechoslovakia the then named Tomas Straussler moved, to escape the Nazis, with his family to Singapore, then India, and finally Britain. Stoppard’s previous plays, intelligent and witty, have often discussed the collision of ideas and themes; his play Arcadia dealt with tension between classicism and romanticism, art and nature, the 19th and the 20th centuries. In these plays and screen and TV plays he wrote, Stoppard never used or explored his Jewish background. Latterly, he said that his mother who had no religion never talked about the past until she was 80 and only then informed him that all his four Jewish grandparents and her sisters had been murdered in the Holocaust.

This revelation changed the way he saw himself and led him to think about the Holocaust. His new play is not autobiographical, but its subject was suggested by the experience of the Jewish people. The play Leopoldstadt, the name is that of the former Viennese Jewish ghetto, is set in the first half of 20th century vibrant Vienna. It deals with a number of generations of two intermarried Jewish families, coping with what it meant to be Jewish and living in a culture where ten percent of the population was Jewish, that was destroyed by the Nazis. Stoppard expresses the progress of Viennese Jews through a character: “My grandfather wore a caftan, my father went to the opera in a top hat, and I, a factory owner, have the singers to dinner.” The Jews in Vienna, as elsewhere in Europe, were successful but they were doomed. Stoppard’s personal feelings of grief and horror of the Holocaust made him sadly wonder if “ordinary people would be capable of the same genocidal actions of which we are all capable.”

The question has been considered by many writers, of whom three may be mentioned: Christopher Browning in Ordinary Men: Reserve Police Battalion 101 and the Final Solution in PolandHitler’s Willing Executioners, and in the Milgram experiment on obedience to authority figures. No categorical answer to the question is possible, but it is welcoming to reply to Stoppard by illustrating the goodness and heroism of people in some situations.

Opening in cinemas also in January 2020 is an account about events during World War II in Manila, capital of the Philippines, a city once called the Paris of Asia, told in a new film Quezon’s Game directed by Matthew Rosen, a filmmaker who began in London and lives in the Philippines.

The film provides, using three languages, a version of a little- known story, of which there is no definite official statement and a lack of historical manuscripts, of the rescue organized by President Manuel L. Quezon starting in 1938 of 1200 German and Austrian Jews, coincidentally the same number of Jews saved by the well-known Oskar Schindler, who found shelter in the Philippines from the Holocaust. Quezon had proposed an “Open Door policy,” one that would admit up to 10,000 Jews, but only 1280 made it. The ambitious and generous plan failed because of events in World War II and the Japanese invasion of the Philippines.

The context of the story is that the country, which by the Treaty of Paris 1898 that ended the Spanish-American war was ceded to the U.S as a territory, was trying to get full independence from the U.S. which it finally obtained on July 4, 1946. Until then the country was a protectorate of the U.S. The Commonwealth of the Philippines from 1935 to 1946 was the administrative body governing the country, preparing for a transition to full independence, controlled visas for entry.

Manuel Quezon in October 1935 won the first national presidential election, gaining 68% of the vote. As president he was determined to allow Jewish immigrants from Europe, into the country but has to contend with internal critics and American policy on the issue. Suffering from tuberculosis, he was fluent in English, a gifted pianist, brilliant lawyer, card player of poker and bridge, and had been a playboy who shaved off his moustache because it tickled the girls too much. Quezon was a compassionate individual, a light of morality, and his story deserved to be better known.

That story is the effort to rescue European Jews. Quezon’s plan emerged over nights playing poker and smoking cigars with two helpers, while Colonel Dwight Eisenhower, then chief assistant to General Douglas MacArthur, was sometimes present but had no role in the events. One helper was Paul McNutt, former governor of Indiana and U.S. High Commissioner for the Philippines  who risked his career and defied the U.S State Department in trying to convince the U.S. government officials to issue more visas. He was an unsuccessful presidential candidate when FDR decided to run for a third term in 1940. McNutt had early been a critic of the Nazi regime, a regime that fails to guarantee to its people the right to live as human beings. In March 1933 he had asked, “Are we to join with the traitors of brotherhood, or to enlist in the war of justice.”

The other, probably more significant helper was Herbert Frieder, Jewish businessman originally from Cincinnati, owner of the Cigar and Cigarette Factory which he moved from NYC to Manila, who with his three sons was active finding jobs, raising money, and setting up housing and schools for the refugees. His relationship with and advice to Quezon is reminiscent of that between President Harry Truman and Eddie Jacobson, his former business partner who influenced the President to support the creation of the State of Israel.

The U.S. sent immigration officials to the Philippines supposedly to assist in the revision of immigration policy in the country. This suggested national quotas for immigration, in effect limits on Jewish refugees, in a way similar to the 1924 U.S. Immigration Act that limited Chinese and other persons. To counter this, Quezon struggled to exercise executive power that allowed the president to disregard quotas for humanitarian reasons.

Quezon’ plan, the “Mindano plan,” was to admit Jews as settlers, 10,000 and allow 1,000 Jews to enter annually, and to admit non-quota immigrants. He also had offered his own lands for a large Jewish resettlement. The plan was criticized both internally on the grounds it would add to the unemployment situation and soon flood the country with more foreigners than could be absorbed, and externally. Quezon countered that the Jews would be as asset because of their knowledge and expertise in the professions. The plan was opposed by Francis B. Sayre who had succeeded McNutt as U.S. High Commissioner.

Quezon also in April 1940 donated 7.5 hectares of his own country estate in Marikina as a working farm for Jews. It was Mariquina Hall that housed 40 refugees. This generosity was repaid in November 2013 when the Jews in the population helped raise funds for those affected by Yolanda typhoon. In recent years trees have been placed in the area by the Israeli ambassador.

The Philippines remained friendly to the Jewish cause, and links exist between the two countries. It was only Asian country to vote for the UN partition resolution in 1947, leading to the creation of Israel in 1948. Now, the State of Israel grants visa free travel for Philippine tourists since 1969. One non-political link is that one of the descendants of the refugees is the former wife of president Rodrigo Duterte.

A monument, the Open Doors monument, to Quezon was unveiled in Israel in the Rishon LeZion Memorial Park in 2009. Ten years later, the Philippine Embassy opened the Bala Quezon, the Philippine cultural center in Tel Aviv, that is also a museum about Quezon’s efforts to save Jews. In August 2015 a posthumous award of the Raoul Wallenberg medal was given to Quezon and presented by the Israeli Ambassador to the Philippines.

Quezon, a Catholic, saw Filipinos were subjected to racial discrimination and bigotry, and understood the parallel of Jews suffering from Nazi discrimination. Filmgoers may remember the end of Schindler’s List when the protagonist ponders whether he could have rescued more Jews than he did. Similarly, the compassionate Manuel Quezon, at the end of his life, asked “could I have done more?” This is still a question for the international community.