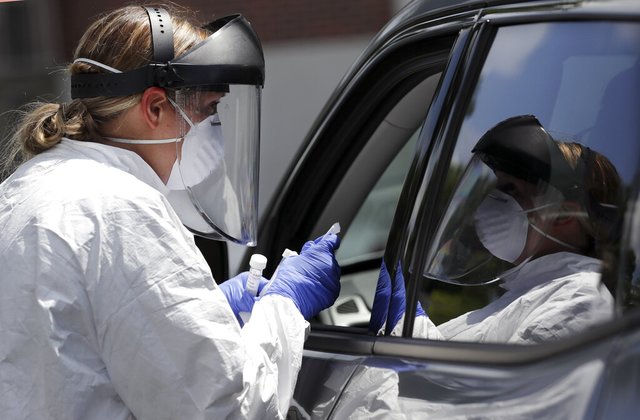 A research letter in the Journal of the American Medical Association draws attention, not for the first time, to disparities in the attitudes of various racial groups in America toward vaccination against Covid-19.

The authors conducted a survey of the likelihood of vaccination of a sample of both health workers and the general population, divided by self-declared ethnicity: white, black, Hispanic, Asian, other, and mixed. As was to be expected, the health workers in all ethnic groups were more likely to accept vaccination than were the same groups in the general population, but large disparities nevertheless persisted, the largest being between whites and blacks. Among the health workers, for example, about 35 percent of blacks said that they were not likely to accept the vaccine compared with about 10 percent of whites. The corresponding figures for the general population were about 60 percent and 24 percent, respectively. All other groups fell somewhere between blacks and whites.

Of course, there were many limitations in these data. Only 72 percent of the health care staff surveyed, and 80 percent of the general population, answered the questionnaires. Second, the respondents were all drawn from people who had already agreed for research purposes to be tested twice a month for Covid-19, and therefore were probably more trusting on average than the general population. Third, the category of “Asian” cries out for disaggregation, though the numbers were too small to have allowed for it. And last, as opinion pollsters must know by now, stated intentions are not an infallible guide to actual behavior when the time comes.

The reasons given for mistrust of vaccination were disbelief in its efficacy, lack of confidence in the manufacturing companies, and too-rapid approval by the licensing authorities. The survey did not appear to have given a choice of other reasons for mistrust, which may, of course, have lain far deeper in the psyche and been less rational, or at any rate more emotional.

The conclusion of the research letter seems, only too predictably, to have agreed with these skeptical judgments, and it concludes:

Special effort is required to reach historically marginalized populations, including those in health occupations, to support informed vaccination decision-making and facilitate access. Efforts must acknowledge a history of racism that has degraded the trustworthiness of health and medical science institutions among historically marginalized populations, undermined confidence in COVID-19 vaccines, and perpetuated inequitable access to care.

But in Britain, with its system of universal health care, where every eligible household has received invitations to vaccination and organizational obstacles to vaccination have been minimal, the same or similar disparities exist.

Is it not at least possible that the institutionalized emphasis on past injustices is actually one of the reasons for the disparities in uptake—and that further emphasis will only increase them? A deputy editor of the Journal of the American Medical Association has been fired for daring to suggest as much, and the editor suspended for having allowed him to do so.

Land of the free, home of the brave?