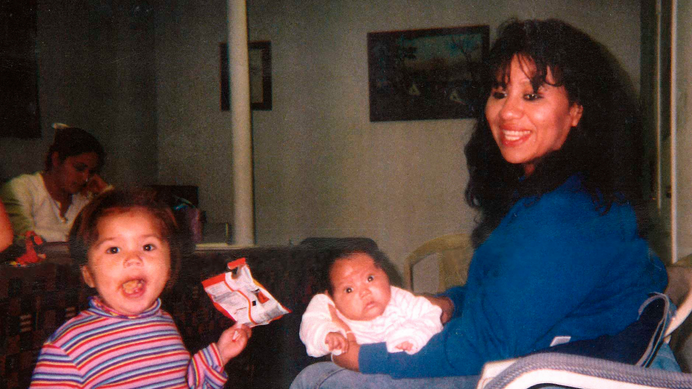 On Monday, the Texas Court of Criminal Appeals announced the state would halt the execution of Melissa Lucio, a mother who was convicted of murder for the 2007 tragic death of her young daughter. Lucio had previously been scheduled to be executed tomorrow, April 27, despite the contested status of her conviction.

I am thrilled that Melissa Lucio’s lawyers have finally obtained a stay of her execution—an execution that should never have been ordered.

How are we to understand Lucio’s sentence and fourteen-year sojourn on Death Row? We now know that she is the mother of fourteen children—and was charged with murdering her two-year-old daughter Mariah.

Although some men (fathers, stepfathers, live-in boyfriends) neglect, abuse, or even kill children when they are on duty even for a short period of time, most mothers, who are “on duty” for very long stretches, and whose patience is sorely tried, tend not to do so, not even under the most terrible of conditions. This is one of the reasons that we humans are all still here.

Perhaps paternal crimes mainly consist of abandoning their children and their mother and refusing to support them. This condemns most mothers to abject poverty and to a series of horrific, forced choices.

“Women were—and still are—held to higher and different standards than men, who are, after all, expected to be violent.”

Long ago, when I first researched mothers in jail, and women who kill, I learned that female inmates, who were generally imprisoned for petty economic crimes, prostitution, or drug-related offenses, were, rather unbelievably, perceived as more violent than their more numerous and dangerously violent male counterparts. Battered women who finally killed their tormenters in self-defense were often given life sentences without parole. Juries and judges did not understand why such a woman did not simply flee the scene or why she had to kill when her batterer was sleeping.

I learned that women were—and still are—held to higher and different standards than men, who are, after all, expected to be violent. People will not tolerate violence in a woman, even in self-defense. These psychological sex-based double standards have led to a double standard of punishment. Women were often punished more severely for “female” crimes, such as prostitution than men were for more violent “male” crimes such as homicide.

People expect men to be violent; they are also carefully taught to deny or minimize male violence (“I don’t believe any father would rape his own child”), and to forgive violent men (“He’s been under a lot of pressure,” “He’s willing to go to therapy”). On the other hand, people continue to blame women for male violence (“She must have liked rough sex if she stayed married to him,” “She provoked him into beating her”).

Such double standards easily explain Melissa Lucio’s death sentence, based on a coerced confession and a failure to reveal all the evidence to the judge and jury. In addition, most women in jail are very poor white women and very poor women of color, all of whom have experienced enormous violence in their lives. Some—an increasing minority—have committed violent crimes.

“Why is Guadalupe Lucio, the former husband and father of Melissa Lucio’s first five children, walking around free as a bird?”

Melissa Lucio is an incest victim, a child victim of repeated rapes. Her mother “acquiesced” until Melissa was eight years old.

Where were all the Texas officials, who have been so ready to criminalize abortion and perform vigilante arrests of women suspected of having an abortion—when Melissa Lucio was a child in Lubbock, Texas? Court documents reveal that she was “beset by tragedy, abuse, and unthinkable trauma from an early age.” When she was six years old (!), Melissa was raped by one of her mother’s boyfriends; this sexual abuse continued for years. Her own siblings continued such abuse.

Melissa married at sixteen, no doubt to escape a life of extreme abuse—or, more likely, to continue the same kind of life. Sadly, most women do not learn from being abused. They learn that they “can take it,” that they probably “deserve it,” that they can’t do any better. Their judgment is permanently “off.” Due to poverty, lack of education, sexism, and racism (Melissa is Hispanic), someone like Melissa is not likely to meet sympathetic counselors, educators, helpers, or mentors. Like all the others, she is allowed to fail and fall—and then blamed for her descent.

Melissa had two husbands—one legal, the other not, both of whom were violent towards her. Her first husband, Guadalupe Lucio, “was a physically and emotionally abusive alcoholic who abandoned the family in 1994.”

Apparently, once Melissa faced jail, he did agree to take his five children. Did Child Protective Services (CPS) do a background check on him? Are they monitoring his care of the children? Who is really responsible for them? Is Guadalupe still drinking and abusive?

“I hope the state of Texas finally holds these absent and batterer fathers responsible in some meaningful way.”

Melissa’s second “husband,” and the father of her nine additional children, Roberto Antonio Alvarez, introduced Melissa to cocaine. Thereafter, CPS found that some of her daughters were “engaged in inappropriate sexual activity” and that her young son had “been seen in the street chasing cars.” In addition, although CPS was already aware that the older children were beating the younger children—they did nothing. However, they also “never recorded of expressed concern that (Melissa) physically abused any of the children in her care.”

We know that CPS is overburdened and under-resourced in every state, including Texas. But, once the tragedy of Mariah’s death occurred—why was Roberto Antonio Alvarez, Mariah’s biological father, only “convicted of endangering a child and sentenced to four years in prison?” Where was he when Melissa and her 14 children were homeless, starving, and neglected? Why was he not held responsible for his criminal behavior?

Did anyone ever counsel Melissa about birth control? Could she have gotten it while she was homeless and on food stamps? If not, why not?

More importantly, why is CPS not on trial? Clearly, they have persisted in “a state of organizational and administrative chaos for decades resulting in an epidemic of sexual abuse among the thousands of children in its care?”

In Melissa’s case “gender bias tainted both (her) conviction and death sentence.” The police and prosecutors did not “like” or “trust” her. They found her lack of “emotion,” or her flat affect, to be that of a murderer, not that of a highly traumatized woman. Both Melissa and Roberto were present when the cops came to call. However, as noted:

“In stark contrast to their conduct toward Ms. Lucio, investigators expressed sympathy for Mr. Alvarez’s loss and, generally, spoke to him with respect—notwithstanding that Mr. Alvarez was also home on the day of Mariah’s death, and even though only he, not Ms. Lucio, had a documented history of violence against his family.”

I hope that Melissa can be found not guilty of murdering her daughter Mariah. If so, I hope she sues the state of Texas for a great deal of money. As important, I hope the state of Texas finally holds these absent and batterer fathers responsible in some meaningful way.