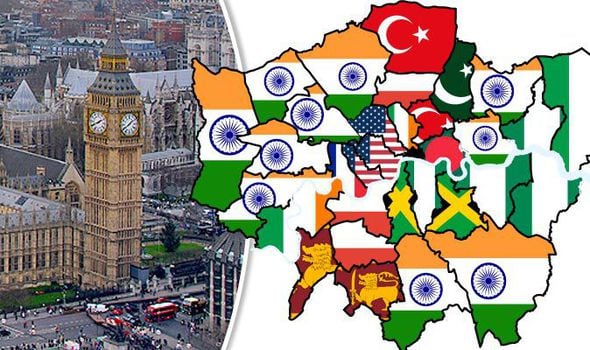 Lift up your hearts.  IGNORE THE CYNICS.  BRITAIN HAS BECOME THE GREATEST MELTING POT IN THE WORLD.  That’s Fraser Nelson, Editor of THE SPECTATOR, generally thought of as a right-wing journal, in the TELEGRAPH, the PRAVDA of Conservatism.  He is of course right, for Britain is well on the way to melting-pot nirvana.  Daily we read of a thousand-odd migrant crossings in small boats, a historic reversal of the Little Ships that saved the Army off Dunkirk in 1940.  These newcomers to our shores are fleeing want, deprivation and diaspora company, especially Albanians whose opportunities for crime are limited even in Albania and now seek the sunlit uplands of crime in Britain.  They will find it in this country, comforted with a promise of three meals a day and two visits a week from a GP doctor (something which the natives cannot manage for themselves).  They can and do abscond from the detention centre.  Prospects look good for the big melt.

They are however mildly qualified in a follow-up article in the Telegraph.  ‘Britain is not yet the perfect melting pot’ cautions the stable’s writer entrusted with the task of making good the PRAVDA boast.  To ensure a yet more perfect melting pot Britain must deal with the failures of social integration and the growing numbers of spontaneous segregation in monocultural  council wards.  What, one wonders, would a ‘perfect melting pot’ look like?

The British authorities are powerless to stop the invaders.  They have then the task of housing them.  The normal detention centres are full to overflowing, and one of them has just been firebombed (the assailant then committed suicide). So the next move was to requisition hotels.  But here the natives–our natives, that is–have fought back.

The East Riding of Yorkshire went to the High Court to prevent the Humber View Hotel in North Ferriby from being used to host asylum seekers.  That fine hotel is spectacularly unsuitable, being isolated and devoid of things to do for the residents.  The High Court accepted the case against asylum seeker use, and banned the hotel and all other hotels in East Riding.  Britain is suffering a severe shortage of hotels, and 300 have already been taken over to accommodate migrants.

That left the last resort of the Home Office.  Migrants are to share hotels with the public under plans being considered by Suella Braverman to regain control of the Channel crisis.  Officials are drawing up proposals for spot bookings of rooms rather than reserving entire hotels (1800 have now been reserved).  It is not difficult to imagine the reaction of a home-grown hotel resident to discover that the balcony neighbour is an Afghan or Somalian, almost certainly male.

The discovery will not resemble the opening scene of PRIVATE LIVES.

What is to be done?  The first necessity is to name the problem, things as they really are.  Suella Braverman, under fire in the Commons today, spoke of ‘an invasion of our South coast.’  There was a sharp intake of breath on the Opposition.  Words like ‘invasion’ are not to be used in a country where the customary mode of language is euphemism and evasion.  To speak of invasion is ‘inflammatory’, though it is an accurate description of events.

The Opposition is firmly grounded in the belief that all migrants are good and are to be welcomed.   They are like Disraeli’s ‘angels in marble’, the working class voter.  When the migrants get the vote they will use it to vote Labour.  So the Left reacted noisily to Braverman, who will remain in post.  The Prime Minister cannot be seen to buckle under the pressure.

The entire policy of the British government now rests on the drum-hollow boast of ‘melting pot’.  It is the end of nationhood.  We are witnessing the deliquescence of a great nation.

PrevAcross the Gulf of Time by Evelyn Hooven
For UK readers: some copies of The Islam in Islamic Terrorism available via our London office.Next