Men and woman ‘targeted young girls for sex’ in Huddersfield

From the Huddersfield Examiner and the BBC

A group of nine men and one woman cynically groomed vulnerable girls and treated them as “objects to be used and abused at will”, a court has heard. Leeds Crown Court heard four socially isolated girls aged 12 to 16 were treated by the gang as sexual commodities.

Prosecutor Richard Wright QC said there was a sense those in authority “did not do enough to engage with these girls”.

He added that the defendants, all from Huddersfield, had deliberately targeted the vulnerable children, bent them to their will, abused them and passed them around other men for sexual purposes, using threats and violence when necessary.

The court heard how, prior to and during the alleged offences, the complainants had been “deliberately avoiding home and people in positions of authority”. Mr Wright said that the girl’s mother had desperately tried to stop her daughter from going out and had contacted police and social services, but was “failed by their inaction”.

The men and woman deny a range of sexual offences against the girls.

A 42-year-old man, who cannot be named for legal reasons, denies one count of rape and two counts of trafficking for sexual exploitation.

Iftikar Ali, 38, of Holly Road in Thornton Lodge, denies two counts of rape and one count of attempted rape.

Manzoor Akhtar, 30, of Blackmoorfoot Road in Crosland Moor, denies two counts of rape and one count of trafficking for sexual exploitation.

Fehreen Rafiq, 39, of Blackmoorfoot Road in Crosland Moor, denies two counts of arranging or facilitating the commission of a child sex offence.

Mohammed Sajjad, 32, of Yews Mount in Lockwood, denies four counts of rape, one count of rape of a girl under the age of 13 and one count of arranging or facilitating the commission of a child sex offence. 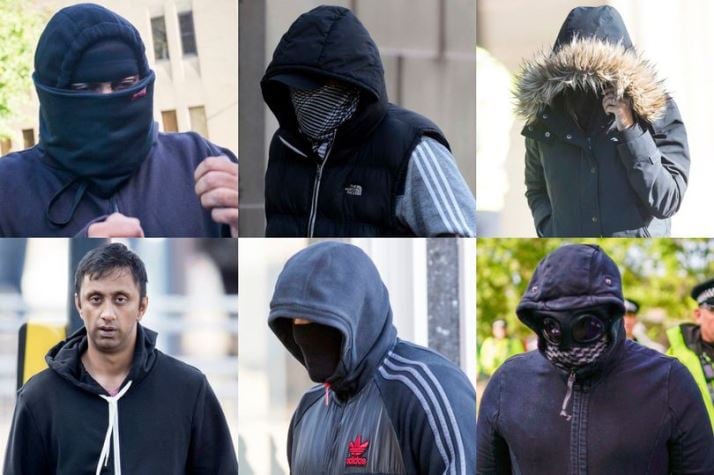 Banaris Hussain, 36, of Beech Street in Paddock, denies one count of rape.

Mohammed Arif, 32, of New Hey Road in Oakes, denies one count of rape.

Jurors were told that, despite being aware of the trial’s start date, Mr Zaman had failed to attend court. Judge Geoffrey Marson told them: “You must not speculate as to the reason for his absence.”