Michel Houellebecq: Chronicler of Our Mass Incompetence in the Art of Living 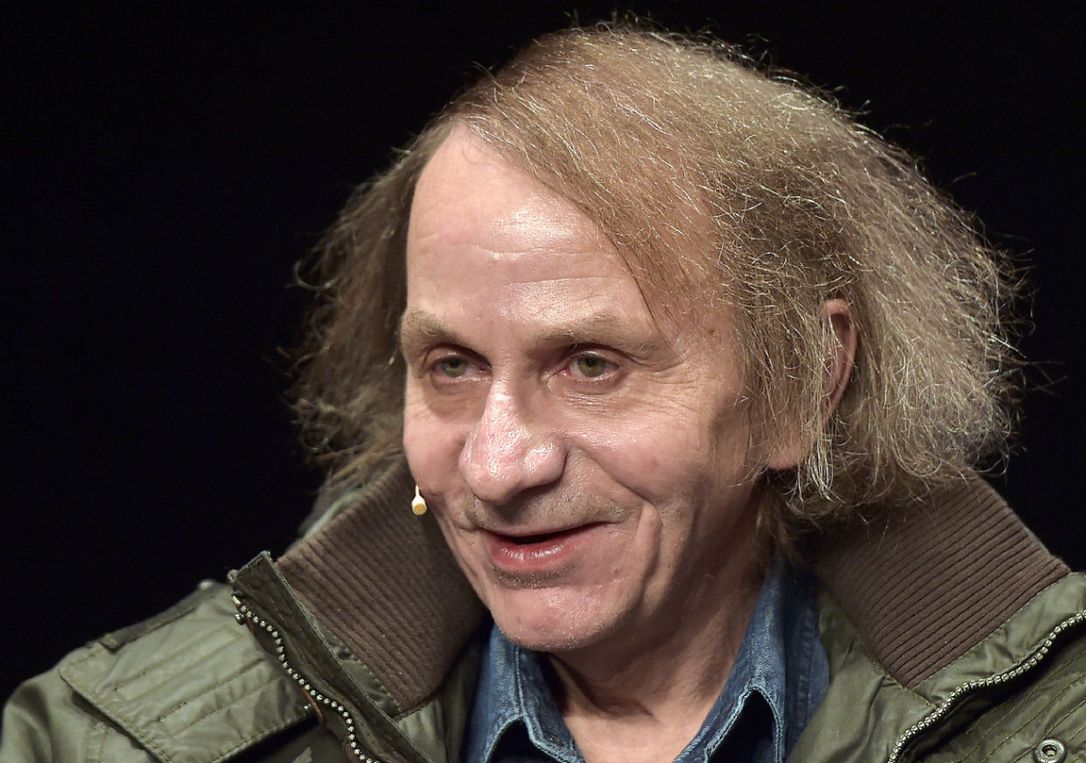 Not reading many contemporary French novels, I am not entitled to say that Michel Houellebecq is the most interesting French novelist writing today, but he is certainly very brilliant, if in a somewhat limited way. His beam is narrow but very penetrating, like that of a laser, and his theme an important, indeed a vital one: namely the vacuity of modern life in the West, its lack of transcendence, lived as it is increasingly without religious or political belief, without a worthwhile creative culture, often without deep personal attachments, and without even a struggle for survival. Into what Salman Rushdie (a much lesser writer than Houellebecq) called “a God-shaped hole” has rushed the search for sensual pleasure which, however, no more than distracts for a short while.

Something more is needed, but Western man—at least Western man at a certain level of education, intelligence and material ease—has not found it. Houellebecq’s underlying nihilism implies that it is not there to be found. The result of this lack of transcendent purpose is self-destruction not merely on a personal, but on a population, scale. Technical sophistication has been accompanied, or so it often seems, by mass incompetence in the art of living. Houellebecq is the prophet, the chronicler, of this incompetence.

Even the ironic title of his latest novel, Sérotonine, is testimony to the brilliance of his diagnostic powers and his capacity to capture in a single word the civilizational malaise which is his unique subject. Serotonin, as by now every self-obsessed member of the middle classes must know, is a chemical in the brain that acts as a neurotransmitter to which is ascribed powers formerly ascribed to the Holy Ghost. All forms of undesired conduct or feeling are caused by a deficit or surplus or malalignment of this chemical, so that in essence all human problems become ones of neurochemistry.

On this view, unhappiness is a technical problem for the doctor to solve rather than a cause for reflection and perhaps even for adjustment to the way one lives. I don’t know whether in France the word malheureux has been almost completely replaced by the word déprimée, but in English unhappy has almost been replaced by depressed. In my last years of medical practice, I must have encountered hundreds, perhaps thousands, of depressed people, or those who called themselves such, but the only unhappy person I met was a prisoner who wanted to be moved to another prison, no doubt for reasons of safety.

Houellebecq’s one-word title captures this phenomenon (a semantic shift as a handmaiden to medicalisation) with a concision rarely equalled. And indeed, he has remarkably sensitive antennae to the zeitgeist in general, though it must be admitted that he is most sensitive to those aspects of it that are absurd, unpleasant, or dispiriting rather than to any that are positive.

Houellebecq satirises what might be called the neurochemical view of life which is little better than superstition or urban myth. The protagonist and narrator of Sérotonine, an early-middle aged agronomist whose jobs, though rewarding enough financially, have always seemed to him unsatisfactory or pointless. He suffers from the unhappiness that results from his inability to form a long-lasting relationship with a woman, instead having a series of relationships which he sabotages by his impulsive sensation-seeking behaviour. This man goes to a doctor to obtain more of his Captorix, a fictional new serotonergic anti-depressant. The doctor, without enquiring into the circumstances of his life, says to him:

What’s important is to maintain the serotonin at the correct level–then you’ll be all right–but to lower the cortisol and perhaps raise the dopamine and the endorphins would be the ideal.

This is the kind of debased scientistic language that can be heard in conversations on any bus, and reminds me strongly of Peter D Kramer’s preposterous book, Listening to Prozac, which some years back persuaded the public that we are on the verge of understanding so much neurochemistry that we shall soon be able to design our own personalities by means of self-medication.

The novel lacks even the semblance of a plot, being more the fictional memoir of the chagrins of a man (one suspects) very much like the author himself. The protagonist, Florent-Claude (a ridiculous name that he hates) has been in love twice, but has both times ruined the relationship by a quick fling with a passing young woman. Although he has become dependent, at least psychologically, on his Captorix (incidentally, but not coincidentally, a very plausible name for a new drug), he recognises at the end of the book that he is the victim-participant of a culture in which monogamy is hardly to be expected. Speaking of the failure of his relationships, he says:

I could have made a woman happy… In fact, two; I have already told you which. Everything was obvious, extremely obvious, from the first; but we didn’t realise it. Had we surrendered to illusions of individual freedom, of the open life, the infinity of possibilities? That could be, these ideas were in the spirit of the times; we hadn’t formalised them, we hadn’t the desire to do so; we were content to conform to them, to allow ourselves to be destroyed by them.

For me the pleasure of reading Houellebecq is not in the plot, still less in the characterisation which is thin because the protagonist-narrator is so egotistical that he has little interest in anyone else (a trait which we are clearly intended to believe is widespread or even dominant in the modern world). It is rather in the mordant observations that Houellebecq makes on consumerism and its emptiness. Here, for example, Florent-Claude meets Yuku, his former Japanese girlfriend living in Paris, at an airport in Spain where he is temporarily living:

I knew her luggage very well, it was a famous brand that I had forgotten, Zadig and Voltaire or perhaps Pascal and Blaise, whose concept had been to reproduce on its material one of those Renaissance maps in which the landmass was represented very approximately, with a vintage legend reading something like ‘Here be tygers’, anyway it was chic luggage, its exclusivity reinforced by its lack of the little wheels that the vulgar Samsonite cases middle managers have, so it was necessary to wrestle with it, just like with the elegant trunks of the Victorian era.

Like all the other countries of Western Europe, Spain was engaged on the mortal struggle to increase productivity and had suppressed all the unskilled jobs that formerly helped to make life a little less disagreeable, at the same time condemning the greater part of its population to mass unemployment. Luggage like this, whether it was Zadig and Voltaire or Pascal and Blaise, only had sense in a society in which porters still existed.

In this passage, with typical economy, Houellebecq skewers both the shallowness of a culture in which people obtain their sense of themselves from the visible labels or brands of their possessions, and the absurd but intractable contradictions of our political economy. He of course proposes no solution (perhaps there is none), but it is not the purpose of books such as his to propose solutions. It is enough if he opens our eyes to the problem.

His mordant observations make many people extremely uncomfortable, not because they are inaccurate, but because they are only too accurate and could conceivably lead to unpleasant conclusions, or at least thoughts. They therefore reject the whole: it is the easiest way to deny what one knows to be true. In the following passage, for example, the protagonist (or Houellebecq) describes the owner of a bar in Northern France who has just spent his time—of which there was much—in minutely reading the local newspaper:

The owner had finished Paris-Normandie [the local newspaper] and had launched on just as close a reading of France Football, it was a very thorough reading, such reading exists, I have known people like that who are not satisfied by reading just the headlines, the statements of Édouard Philippe [the current Prime Minister of France] or the amount of Neymar’s transfer fee [Neymar is a famous Brazilian footballer], but want to get the bottom of things; they are the foundation of enlightened opinion, the pillar of representative democracy.

What can be said against his misanthropic, completely disabused view of the modern world? His sex scenes, which for those who have read several of his books now seem like a tic or the public confession of his own deepest fantasies, imply that sex is (and can be) nothing but the brief satisfaction of an urgent desire, as mechanical in its operation as that of a cement mixer. More importantly, it might be said that he concentrates only on the worst aspects of modernity, its spiritual emptiness for example, without acknowledgement of the ways in which life has improved. But this is like objecting to Gulliver’s Travels on the same grounds.

His work, not least Sérotonine, is filled with disgust, as was Swift’s: but it is the kind of disgust that can only emerge from deep disappointment, and one is not disappointed by what one does not care about. There is gallows humour on every page: the personage hanged being Western civilisation.

PrevShamima Begum, Who Joined the Islamic State, Has “No Regrets” But Wants to Come Home
Amazon deletes Mohammed’s Koran by Tommy Robinson and Peter McLoughlin.Next