Monomaniacal Pressure Groups Slice Away at Our Freedom 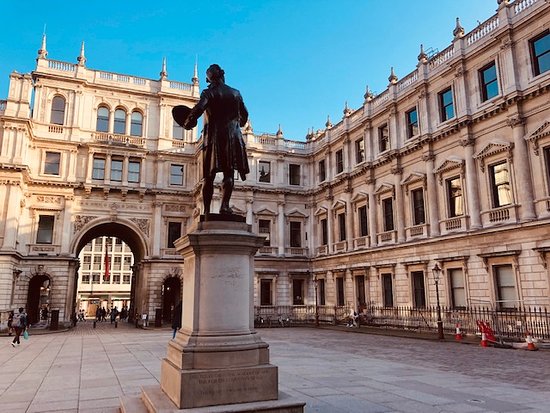 George Orwell, in “Nineteen Eight-Four,” grasped an essential point about totalitarian propaganda, namely that the more outrageously false it was, the better it served its purpose, which was not to inform or persuade, but to humiliate and subdue.

In totalitarian states, it is not enough to lie low and keep silent: you have to join in, as if you enthusiastically believe the lies that you are obliged to repeat on pain of social ostracism at best and of severe punishment at worst.

If you can make people assent in public to what everyone knows to be false, you destroy their probity and therefore their moral authority to resist.

You also make them hostages to fortune: for when the orthodox doctrine changes, everyone fears to be held to account for having in the past publicly asserted things which are now in contradiction to the new orthodoxy.

Therefore no one is innocent and everyone is potentially punishable; every day, every minute of every day, becomes a kind of reprieve, like Caryl Chessman’s time on Death Row.

It would be a gross exaggeration to say that we live in a totalitarian state, indeed almost an insult to those who had actually experienced life in such states. Nevertheless, totalitarian ways of thinking and of taking control of organizations have advanced in our societies to the point at which many people live in what might be called totalitarian microclimates.

We do not as yet fear the midnight knock on the door, but most of us have to earn a living and the prospect of dismissal is sufficiently daunting that, if we work for organizations whose owners or managers subscribe to doctrines that we believe to be patently false, we feel obliged to conceal our disagreement or even to mouth the orthodox pieties du jour in order to retain our positions, despising ourselves for having done so. How many people now attend courses on their own supposed racism which revolt them but are a condition of their continued employment?

The attack on freedom is not frontal or directed mainly by government fiat, as it has been in the past or still is in some countries.

Rather it is led by pressure groups of monomaniacal determination, who seek to impose their views and their rules on institutions, and to countenance no others.

They choose vulnerable targets and copy the communists of Central Europe, who employed what were called salami tactics: the communists sliced off potential centres of opposition one by one until none remained, at which point they had gained total control over society. And the nearer this goal they approach, the greater the fear they are able to instil. It is an accelerating process.

Institutions are fast losing sight of their ostensible purposes, replacing them by the pursuit of so-called social justice as defined by the monomaniacal pressure groups.

A good example of this tendency is the recent imbroglio at the Royal Academy of Arts in London, founded in 1768 by, among others, the painters Joshua Reynolds and Thomas Gainsborough, to promote the creation and appreciation of the visual arts. It has never received any government subvention.

The Academy has recently decided to withdraw from sale the work of a German artist, Jess de Wahls, who published an article on her blog two years ago stating an evident truth, namely that transgender women are not straightforwardly women.

The Royal Academy received complaints from transgender activists, and issued the following statement:

The RA is committed to Equality, Diversity and Inclusion and does not knowingly support artists who are in conflict with these values. We would like to reiterate that we stand with the LTBTQ+ community.

Quite apart from the patent lie that it was committed to diversity and inclusion when its action was in direct contradiction to those ends, and its implicit support for the patent lie that a transgender woman is straightforwardly a woman, it is surely noteworthy that there was not the slightest reference in the statement to the artistic value or otherwise of Ms. de Wahls’ work, which one might have supposed of some interest or relevance to an academy devoted to the creation and appreciation of the visual arts.

Not that Ms. de Wahls was in any way derogatory about transgender persons. What she wrote in 2019 was, inter alia:

I have no problem with somebody who feels more comfortable expressing themselves as if they are the other sex (or in whatever way they please for that matter).

These are hardly the words of a ferocious enemy of transgender persons, even if the continuation of her statement, to the effect that she had no problem with whatever way people were comfortable expressing themselves, speaks to a limited awareness of the variety of such expression, for example Jeffrey Dahmer who liked to play with his victims’ bowels, or Sylvestre Matuschka who found blowing up trains sexually fulfilling. Objections, anyone?

Ms. de Wahls is not taking the decision of the RA lying down: she is considering suing it for discrimination on grounds of opinion.

Here, however, the matter is not quite straightforward: for surely an independent organization has the right to sell whatever it wants, for any reason that it sees fit.

No one has the right to demand of such an organization that it should sell his or her work. The RA’s decision, no doubt, was cowardly, despicable, stupid, morally and intellectual dishonest—but it was within its rights to be so.

Indeed, we all have the right to be cowardly, despicable, stupid, morally and intellectually dishonest: it is called freedom. This is not, of course, to say that this is how we should be.

Whatever the outcome of the case, the monomaniacs who complained so vociferously to the cowards of the RA will have achieved their end.

They will have made it clear that people have a price to pay if they voice opinions on the subject that differ from their own: and since most people do not care so very much about the subject one way or the other, transgenderism being still a marginal phenomenon, they will let the lie go by default rather than oppose it, and it will thereby have insinuated itself into the body politic.

If we allow this to happen, the future of our society will belong to an alliance of monomaniacal power-hungry liars.

PrevA Hope and Prayer for the Biden Administration
Ms. Julie and MyselfNext