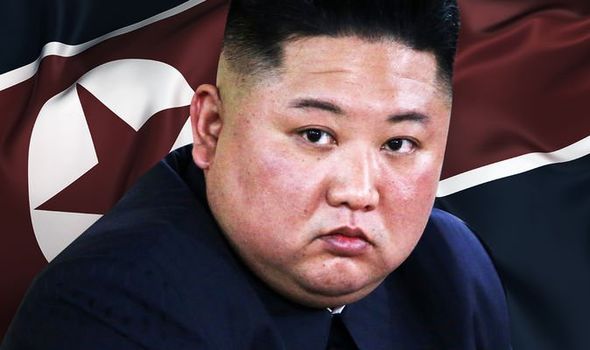 Kim doesn’t ever bring me pretty flowers, Kim never tries to cheer my lonely hours, don’t know why I’m so crazy for Kim.

Since September 1987 millions of children, old as well as young, have amused themselves by searching in a series of puzzle books titled Where’s Waldo (Wally in England and Charlie in France) to find a young man, wearing a red and white striped shirt, decorated ski hat, and glasses, hidden in the group of people and surroundings in the text. As the books continues, Waldo’s size became smaller and he became harder to find.

Today, millions are looking for clues in the serious game to find Where’s Kim Jong un, the 36 year old Supreme Leader of North Korea, the Democratic People’s Republic of Korea, who has not been seen publicly since April 11, 2020 when he chaired the meeting of the Workers’ Party politburo. He was conspicuously absent from the commemoration event at the Kumsusan Palace of the Sun, honoring his grandfather Kim Il Sung  on April 15, the most important day in the Korean political calendar. The international community is searching for him, or wondering where he is. In addition, commercial satellite images are being used in the search.

In a speech and broadcast on October 1, 1939 Winston Churchill referred to the Soviet Union as a “riddle wrapped in a mystery inside an enigma.” North Korea may not be as difficult to discern as the Soviet Union under Joseph Stalin, though it does resemble the former country in a number of ways, especially by its misleading or deceptive state media reports and by giving clues of the existence of power struggles and the importance of people by their place in important events. The deaths of the two preceding Supreme rulers in 1994 and 2011 were not immediately reported, and the world was not informed until several days after their death. Nevertheless, the non-appearance of Kim resembles the Churchillian riddle of the hidden ideological debates and power struggles that may be occurring in North Korea. On the other hand, the fact that other senior NK personnel have also not been seen in public suggests a simple explanation, they may all be trying to escape Covid-19 by social distancing.

When asked the question about Kim Jong un, President Donald Trump on April 27, 2020 gave an enigmatic, cryptic answer, saying he had a very good idea of Kim’s health but can’t talk about it now, “I do know how’s he’s doing, relatively speaking.” Everybody else is speculating about the enigma of Kim, a heavy smoker and obese, qualities that make him more likely to be infected by the pandemic. China has sent a medical team to NK to ascertain his condition. Otherwise rumors abound. Is Kim seriously ill, is he infected by the pandemic, Covid-19, is he out of public gatherings for fear of being infected, did he have a cardio-vascular operation or botched heart operation, was he injured in a missile test, or is he dead?

Or is he suffering from fatigue and resting and making plans for his next summit meeting with President Donald Trump? There are rumors he may be staying in one of his dozen compounds around the country. The one often mentioned is his retreat at the resort of Wonsan, a seaside city on the east coast, 130 miles from the capital of Pyongyang, with private beach, horse riding track, boathouse, luxury leisure boats, private train station and platform, and basketball court where his friend Dennis Rodman played.

Secrecy is the norm in North Korea. Outside commentators used to be indecisive about events in the country; now they are not so sure. Once before, in 2014, Kim disappeared from public view, for six weeks, then suddenly reappeared using a cane. The explanation was that he had undergone surgery to remove a cyst from his ankle. No official statement has been made about his present condition or explanation for his absence from the celebration on April 15. This was in honor of his grandfather Kim Il Sung, founder of North Korea in June 1949, and head of the ruling body, the Workers’ party, a body similar to that of other Communist parties but with a different ideological thrust. Rather than being Marxist-Leninist on Soviet lines, the country purports to have an official ideology of juche.

Juche, self-reliance, is North Korea’s claim to an original and revolutionary contribution to international philosophy. Though it is difficult for Westerners to penetrate, the philosophy is said to be a mixture of Confucianism, Japanese imperialism, and Korean nationalism. It derives from the wish of the founder Kim Il Sung, who grew up in the Soviet Union, and his successors to create a separate, legitimate country after the original country of Korea was divided. With its independent ideology the new country of North Korea was and is not fully aligned with China or the former Soviet Union or present day Russia, but seeks to be economically self-sufficient and militarily independent including possession of nuclear weapons. This emphasis on independence helps explain the friendly relations and summits between the present ruler and President Trump.

This vague philosophy of juche also implies Korean racial purity, one superior to other nations, and appears to attribute divine powers to the leaders of the country. Not surprisingly, the specifics of the ideology have changed from time to time. Some citizens accepted the belief that the second ruler Kim Jong Il invented the hamburger, double bread with meat. The third, present, ruler Kim Jong un, has put forward his own thought, Byungin, side by side,  a term first used in the 1960s and for him a policy to build up both the economy and the military, and nuclear weapons,  to equal degree, and NK being master of its own destiny. This involves progress to higher living standards, economic  reforms, removing restrictions on owning private property and foreign investment, and even rapprochement with the United States and lessening of military tension. Kim has understood the international community will accept that summitry implies equality with the U.S.

Kim emerged as Supreme Leader in October 2011 after his older brother was passed over for leadership. Rivals were purged and Kim consolidated power by building a system for his personal rule rather than on any ideological identification. Kim who took power at age 27 has three children 3-10 years old. Today there is speculation over a possible successor. One is supposed to be drawn from those who can be traced back to the founder Kim Il Sung,  using the term Mount Paektu Bloodline to legitimize the rule of three generations. The term refers to the sacred mountain where the Founder is said to have waged guerilla war, and where Supreme Leader 2 was born.

Some individuals, little known to the West, have been mentioned as candidates: Choe Ryong Hae, uncle Kim Pyong Il, 65 year old former ambassador to European countries who lost the possibility of succession to his half brother, and Kim Jae Ryong, head of the cabinet. Choe sits on the presidium of the politburo and is in the State Affairs Commission, and is probably the second most powerful person in the country.

However, the most frequently suggested likely candidate is Kim Yo-Jong, sister of the Supreme Leader with whom she studied in Bern, Switzerland and North Korea, and then studied computer science, who has been head of the propaganda department of the ruling Workers’ party. She is 32 years old, said to be the main proponent behind Kim’s cult of personality, the image maker for him, and an adviser though not a formulator of policy. She is an alternate member of the politburo, the main decision making body. Yo-Jong became known in the West when she attended the 2018 Winter Olympics in Pyongyang, South Korea where she met with South Korean president Moon Jae-in, and upstaged the American delegation which included Ivanka Trump. But the haunting problem remains, is North Korea ready for a woman leader.

The US must be ready for new North Korean figures in what may be a transition of power. President Trump’s policy has been meeting  in three face to face meetings with Kim  hoping  that North Korea would give up its nuclear arsenal  in exchange for economic benefits. Both Trump and Secretary of State Mike Pompeo have said that, no matter who heads the NK regime, U.S, policy will remain one calling for verified demilitarization. Is this sufficient? It is important, perhaps essential, that plans be prepared and there be coordination with China to be ready to deal with a possible serious humanitarian crisis in the country, with considerable starvation, and mass exodus of North Koreans into China.

PrevIranian Whose Son was Murdered by the Regime: Sanctions Relief Will Aid the Mullahs, Not the People
Something for May DayNext