Myth and Reality in Israel 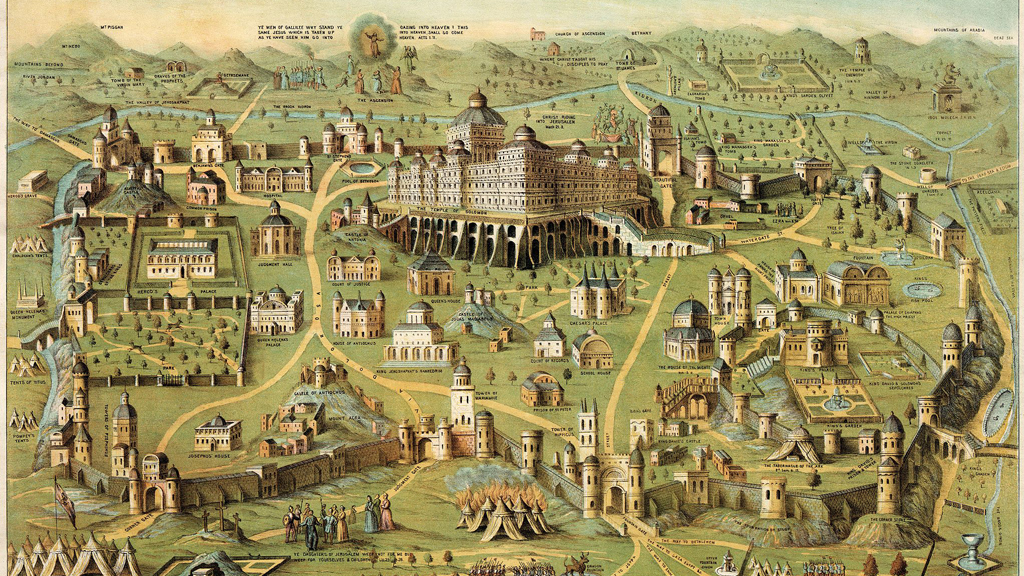 Charles de Gaulle once asked the question. “How can anyone govern a nation that has two hundred and forty-six kinds of cheese.” One can ask the same question of a country with three Zionist movements, Labor, Revisionist, and Religious, a host of non-Zionist and Arab parties, eight groups with representatives in the Israeli parliament, the Knesset, and an increasing proportion of Arabs in its population.

The indecisive result of the March 2, 2020 election for the Knesset shows that Israel is a country still in search of identity. Modern politicians, in similar fashion to the founders, differ on the basic intellectual foundations of the State, whether it is to be a “normal” state, or an extraordinary one, a light unto the nations, a beacon of freedom. From the beginning the differences have been acute on what should be the primary emphasis and concern of Israeli society, whether the priority is to be self-determination, secular, liberal, religious beliefs and practices, orthodox religious, to promote Jewish culture, to exercise sovereignty, universalistic values, or ability to defend itself and prevent assaults of antisemitism. Tensions exist between Jewish groups, Ashkenazim and Sephardim, between religious and secular, between advocates of a Greater Israel and present size Israel, between those favoring or not supporting the extent of state power.

Two ideals competed in a land claimed by two peoples: the Kibbutznik, (gathering) pioneering workers in collective settlements, originally combining socialism and Zionism, aiming at equality; and the Shomer, originally legal guardians, then later the defenders of the Jewish settlements against Arab attacks.

Both ideals, and the myths emanating from them, have become the underlying basis of the differences in contemporary Israeli politics. Myths have a narrative and dramatic quality, but are also figurative and ambiguous. They exalt individuals or historical events or the supposed origins of a community as symbolizing the desirable codes of collective identity. Myths are not fables or inventions for amusement but present images for understanding and for encouraging beliefs. Plato used traditional myths and invented others, the Cave, the Noble Lie, for philosophical exploration. Medieval knights went in search of the Holy Grail. In France, Georges Sorel viewed the myth as the image held by participants in a movement.

Myth is used to realize desired political results:  for the Jewish people it encompasses the stories of Creation, Exodus, Promised Land. The problem, however, is ambiguity about the object and meaning of the myth. A major example is the story of Masada, the fortress on the hilltop plateau in the Judean desert overlooking the Dead Sea, originally the site of a palace constructed by Herod the Great. In 73 AD, about 960 Jews, men, women, and children, defied attack for three years by the 8,000 fighters of the Roman Legions. According to the legend, before the Romans could reach them at the top of the hillside all the Jews committed suicide, preferring death to slavery.

In Israel today, Masada is a place of popular pilgrimage, and the hilltop has been the site where for a time army recruits were sworn in. Yet, is Masada the story of Jewish bravery, courage and self-defense, willingness to sacrifice,  a symbol of the love of freedom, or a case of unnecessary suicide and unwillingness to compromise? Two issue remain. One is what is the real meaning of Masada? Should the citizens on the hilltop be regarded as resistance fighters, or as radical extremists. The other is that whatever one considers the real of Masada is it useful for understanding the political complexities of today, and the existing lack of unity.

Another event in more recent Jewish history can be examined in pursuit of the correct road for Israel. The day March 1, 2020 was the 100th anniversary of the battle of Tel Hai (Hill of Life) a Jewish settlement in Northern Galilee and a border outpost after the defeat of the Ottoman Empire in 1918. The settlement had been founded in 1916 by a group of Hashomer guards for Jewish settlements. In 1919 Britain relinquished the northern section of Upper Galilee, including Tel Hai to France, thus putting it outside of Mandatory Palestine. This action was part of the border dispute between Britain and France. The Zionists wanted the area restored to British control., believing that it would become part of a future Jewish state.

Tel Hai was a small battle, in which eight Jews, six men and two women, and five Arabs were killed. It was essentially an accidental battle due to a misunderstanding, the result of hundreds of Arabs entering the settlement to search for French officers. A Jewish farmer fired a shot in the air, a signal for reinforcements from a nearby settlement which brought Joseph Trumpeldor and 10 men. The battle between Arab irregulars and the Jewish paramilitary force led by Trumpeldor, ended with the burning of Tel Hai by the Arab militias.

Tel Hai is a small incident, but an important one for two reasons: one is the development of the Zionist movement, taking on mythical proportions as the first military fight between Zionists and Arabs, and making the memory of the fight and the Jewish leader Trumpeldor symbols of nationalism and influencing Israeli culture after the State of Israel was established ; the other is the indication of the importance of myths in the creation of Israel as in the history of other nations.

Joseph Trumpeldor, born in Russia in 1880 had served in the Russo-Japanese war, lost his left arm in the siege of Port Arthur, was decorated for bravery, and was the first Jew to receive an officer’s commission in the Russian army. He left for Palestine, was expelled to Egypt where he met and was influenced by Vladimir Jabotinsky who in 1915 had formed the Zion Mule Corps. Trumpeldor became the deputy commander of this unit, often regarded as the beginning of the IDF, Israel Defense Forces. He fought with a Jewish unit under the British army, was wounded in Gallipoli, and lobbied in London to form a Jewish Legion. In Tel Hai he was shot and died, and supposedly said as his last words, spoken in Russian, “it is good to die for our country.” At Tel Hai a statue of a lion represents Trumpeldor and his men.

For Israeli politics today, Tel Hai illustrates the divisions based on realities and myths. The incident can be regarded as a symbol of Jewish pioneering ethos, the value of continuing to build settlements, the holding on to new settlements, devotion to Jewish nationalism, maintaining defense, and military activism where needed. For the contemporary left, it evokes an integration of nationalism and socialism, for restraint in the use of arms, for continuing to support working the land if not kibbutzim. For the right, the focus is on nationalist ideology, armed resistance, heroic spirit, sacrifices for fulfillment of nationalist Zionist ideology, and since 1967 a mixture of nationalism and messianic fervor, stressing Jewish holy and historic sites, the Western Wall, tomb of the Patriarchs, and the tomb of Rachel in Hebron.

The struggle for Israeli identity remains in the context of harsh realities, internal and external, and objective use of the myths and symbols of Jewish experience. A viable political system needs both passion and perspective. Israel must master the art of flying straight.

PrevDavid Smith and William Johnson: Why I mourn these two great Canadians
Macron Tries to Harden His Stance on an “Islam of France” (Part 2)Next