Myths, Equality, and the NHS 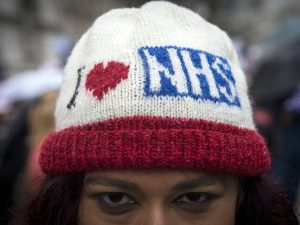 To call a belief a myth is usually to denigrate it, though there are beneficial myths as there are noble lies. There’s no doubt that myths can be harmful, however, for they can, and often do, obstruct critical thought.

In Britain, the mythology of the National Health Service (NHS), which now manages to combine the baleful characteristics of Stalinist administration with pork barrel politics, has obstructed necessary reform for decades. Because of the mythology, the NHS is the nearest to a religion that the country comes, according to Nigel Lawson, the second-most powerful British politician during Margaret Thatcher’s premiership. Even the Iron Lady feared to reform it fundamentally. It was much more difficult for her than confronting the Soviet Union.

I do not speak from personal bitterness. I have no personal complaints about the treatment I have received so far under the NHS, and the fact that there are many people who would say the same thing means that there’s room for deterioration as well as improvement. Reformers should always bear this in mind.

And yet there’s no doubt that to be ill in Britain is an even more unpleasant experience than it is in many equivalent countries. The patient in Britain (unless he goes to the private sector, which has its own drawbacks, not least of them such fantastic expense that it’s often cheaper to seek treatment abroad) is in essence a petitioner at the court of a monarchical service. He may get what he desires, but he may not according to the whim of the absolute monarch. Horror stories of condescension, disdain, and neglect abound, and the service that was predicated on egalitarianism actually often treats the poor, the inarticulate, the uneducated, and the vulnerable with complete contumely.

For example, I was once asked to see someone aged 72, a widower, for the courts. He was a timid working-class man of few words. He told me that a few weeks before he had woken with a swollen, painful calf and had gone to see his doctor. A second-year medical student would have diagnosed a deep vein thrombosis, a potentially life-threatening condition. But the doctor’s receptionist told him that the doctor was busy, there were no appointments to see him that day, and that he should go home and take some pain-killers.

Fortunately, he didn’t have any at home, so he went to the pharmacist, who asked him what he wanted them for. On hearing his story, the pharmacist recognized his condition at once and telephoned the doctor, who then agreed to see him. He had a DVT all right, and was then treated appropriately. But if he had had pain-killers at home, he wouldn’t have been treated.

The receptionist wouldn’t have dared treat someone like me in such a cavalier fashion, because I would not have accepted it and I would have kicked up a fuss. The receptionist would have had antennae for whom she could bully with impunity and for those whom she could not. Had the inarticulate 72-year-old man been young and fit, but inarticulate, he might have resorted to violence, by no means an uncommon occurrence, violence being the argument of the inarticulate petitioner: But he would not have been any the better off for it.

Thus, a supposedly egalitarian service grows more and more unequal. The reality is that health inequality has increased under the NHS, not decreased: though of course other factors than health care might also account for this. But the very least that can be said for this socialist-inspired service is that it has not resulted in equalization of life chances.

Somehow, though, the myth that the system is egalitarian in its effect lives on, perhaps because it was intended to be such when it was created and intentions speak louder than evidence or even than experience. The NHS has retained the affection of the population despite the frequent (though not universal) unpleasantness of the way it treats patients and the scandals that emerge from time to time, in which hospitals are found to have mistreated patients abominably.

The latest scandal to emerge is from the obstetric service of Telford and Shrewsbury hospitals, where patients were bullied and blamed for their own problems, and the goal of achieving a low rate of cesarean birth to meet an arbitrary target was allegedly placed above patient safety, with avoidable deaths of babies as a result. Staff were intimidated into not speaking up about what they saw, and malpractices continued for 20 years. The scandal was revealed only because of the efforts of the parents of two babies who died unnecessarily.

In the past, such scandals have not lowered the esteem, almost the veneration, in which the NHS has been held by the British public, perhaps because the system was born with original (ideological) virtue rather than with original sin, like the rest of mankind. Every scandal was dismissed as an exception, and of course it’s true that in any vast system of health care there will be shortcomings. It’s therefore difficult to know how representative of the whole any scandal is. But the institution is coated in a kind of Teflon, to which no scandal can stick.

And yet everyone knows that it’s better to be ill in almost any European country than in Britain. The outcomes of various diseases—heart attacks or cancer, for example—are worse in Britain than elsewhere. When the NHS was established, in 1948, British life expectancy was six years higher than France’s. Now it’s two or three years lower. Life expectancy is not determined by health care alone, of course, but the government report that led to the establishment of the NHS stated that health care in Britain was superior to that in most of the rest of Europe. No one would claim that any longer.

How, then, did the myth become so deeply ingrained in the British psyche? This should be an interesting subject for political scientists. Part of the answer must be that a certain false historiography was assiduously peddled to the population, namely that until the beginning of the NHS there was no health provision to speak of in the country except for the rich. Therefore, if you aren’t rich, you’re grateful for whatever it is that the NHS doles out to you by way of care. This, of course, is highly convenient for the managers of the system.

As I have mentioned, I have no complaints (yet, though most of my contemporaries tremble at the prospect of being treated in the system for something serious). I’m grateful to the people who have looked after me well so far, but I have no reason to think I would have been less well looked after in any comparable country, and less reason in any comparable country to fear for the future.