Napoleon: Looking History in the Face 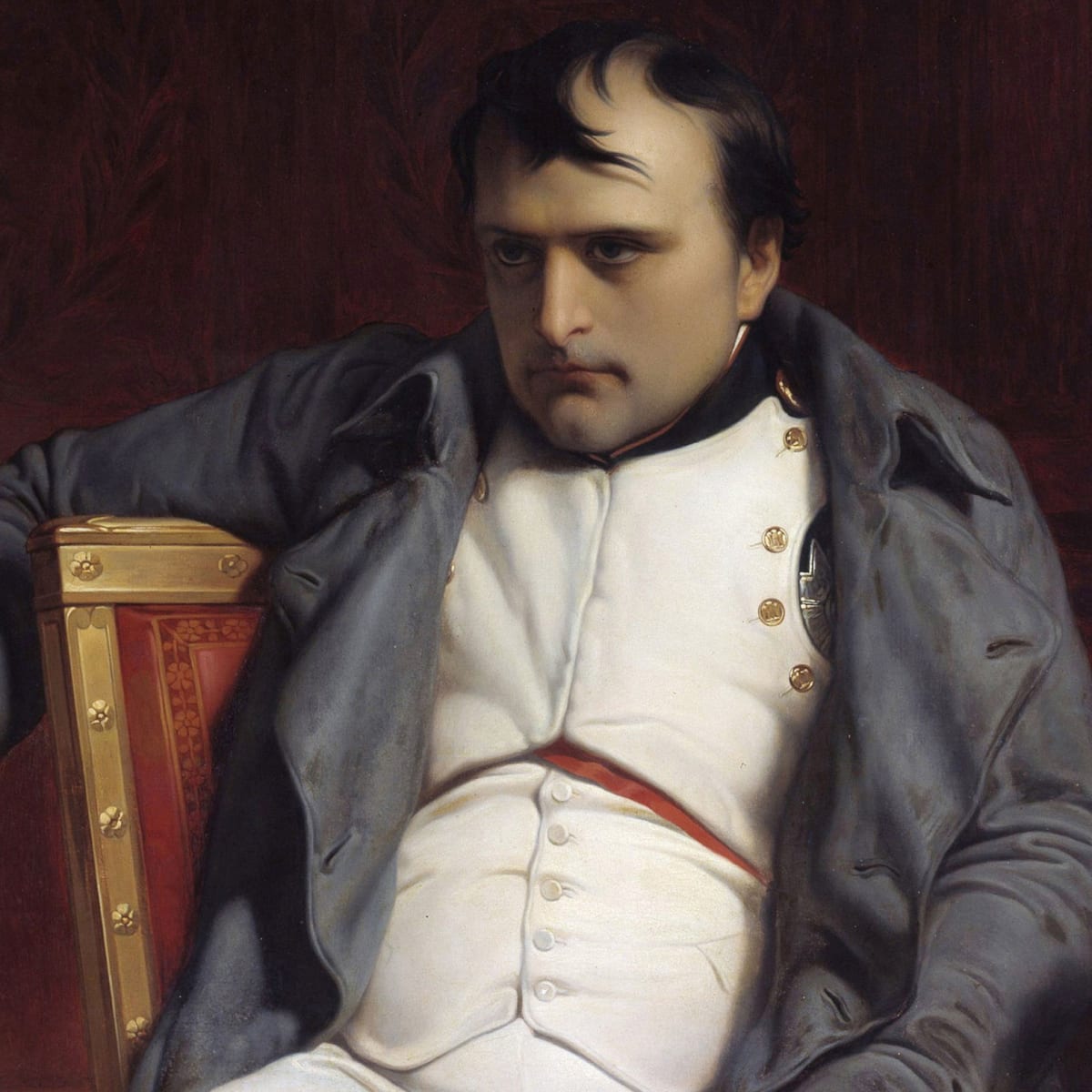 Who is the subject of an estimated 200,000 books but remains an enigma? The same person whose name is on the Arc de Triomphe, the Arc de Triomphe du Carrousel and bottles of Brandy, and who has been commemorated on May 5, 2021 on the 200th anniversary of his death. This is Napoleon Bonaparte who was born in Ajaccio, Corsica on August 15, 1769, the year the island was annexed by France, and died as a British prisoner in the island of St Helena on May 5, 1821, aged 51.

Napoleon was a huge historical figure in France and in the world. He is seemingly honored in France with triumphal arches and is buried in the tomb in the dome of the Hotel des Invalides in Paris, the traditional resting place of French military heroes. He is also one of, if not the most, divisive figures in French history. The initial problem concerning Napoleon is a familiar one: should he be judged by today’s ethical standards? President Emmanuel Macron, who decided to place a wreath at the ceremony on May 5, 2021, once said, “Our history is our history, and we must accept it.”

The dilemma remains; is Napoleon to be celebrated or boycotted, is he to be remembered as a military genius and civil reformer or as a megalomaniac tyrant? Because of the BLM movement, the problem is compounded by accusations of racism and even his being regarded as an icon of white supremacy. The Napoleonic legend remains alive, and his complicated legacy continues to be divisive in contemporary France.  For some, the legend resonates with critical appraisal of Macron, youthful, energetic, seeker of glory, and advocate of ambition, audacity, and a “global France,” and an imperial view of France’s place in the world. The parallel with Macron is overheated, but division on the complex figure of Napoleon remains:  an enlightened ambitious figure who united France and helped create modern Europe, or as an insensitive aggressive warrior who brought misery and destruction to France and Europe, ignoring treaties and conventions. The division puzzled Sir Walter Scott who commented that Napoleon was both a radical reformer or an ancient regime despot who created a new style of leadership.   His rival and victor the Duke of Wellington more directly  saw him as a “Corsican ogre.”

The story of the person who from being a youthful Corsican nationalist, who always spoke French with a Corsica accent, to a French revolutionary, to military hero and genius, to the ruler who crowned himself Emperor of France, is intriguing  as well as controversial. “What a novel,” Napoleon remarked, “my life has been.” Believing he was the man of destiny he could not stop climbing, with self-advertising,  wearing a military uniform,  a large bicorne (two cornered hat), and with hand   inside his coat. He made his own career, from snowball fights as a youngster in Corsica, he became an artillery officer in the French army at age 16, the “little corporal” though contrary to the legend he was not short, he was rapidly promoted to general at age of 26. As a military leader in 1795 he faced down royal insurgents seeking to recapture power from the revolutionaries, to become First Consul in 1799, aged 30, and emperor in 1804 at age 35.

Napoleon is honored for his double record:  brilliantly victorious military leader and innovator of civil achievements. His victory at Austerlitz, a tactical masterpiece, saluted as a Metro station in Paris, against Austria and Russia led to the end of the Holy Roman Empire.  His streak of victories, Marengo, Jena, Friedland, ran out   with the disastrous invasion of Russia in 1812, the  defeat at the  battle of Leipzig , the failure of the Spanish venture, in October 1813 and wars in following years. Already he had been stymied by naval defeats: the battle of the Nile in 1798 when Britain sank the French fleet, and Napoleon was trapped in Egypt, and above all Trafalgar, a battle of 27 British ships against 33 French and Spanish vessels. The latter lost 22 ships while Britain, under Nelson lost none.  Napoleon’s fate was sealed at Waterloo.

Fame was the spur. The Corsican parvenu, a self-made man, sought glory, was victorious, became a sovereign who could not stop, and had to keep climbing. When alive, as Chateaubriand wrote, he put his stamp on the world; when dead he owns it.  An imperialist and warrior, he first defended the institutions of the French Revolution, but by a coup of  November 17, 1799, though he was a member of the five member Directory, he overthrew the first French Republic and set up an authoritarian regime with himself as First Consul.

As ruler of France, Napoleon was a lawgiver,  a modernizer, the creator of France as a centralized state, with a bureaucracy, with prefects, as heads of local  government,  baccalaureate exam system , the Conseil d’Etat in 1799, a national bank, the  Legion of Honor as the highest decoration in France. Napoleon himself said, “Nothing will erase my Civil Code which will live forever.”  He introduced the Civil Code legal system on March 21, 1804. The French legal system did not have a single law code but consisted mainly of local customs.  The new code clearly written, replaced these customs and the previous feudal laws.

Under the Napoleonic code, all male citizens are equal, while hereditary nobility and class privileges are eliminated. It is a secular emancipation from   ecclesiastical control. Among the fundamental principles are civil liberty, equality before the law, freedom of   person, freedom of contract, civil rights, inviolability of private property.   No secret laws were authorized   and expostfacto laws were prohibited. The Code strongly influenced the law not only of other European countries, but also of developing countries.

But in today’s climate of equal rights the Code is deficient because is subordinated women to their fathers and husbands who controlled family property, and were favored in divorce proceedings, and marriage settlements.  The Code led to abolition of divorce by mutual consent.

Napoleon was a progressive in favoring meritocracy, equality for all, religious toleration and ending any heritage of the Inquisition,  a secular educational system, abolition of feudalism, encouragement of arts and science,  initiating in 1802  the Legion of Honor,  the highest decoration in France, he    introduced the metric system in 1799,

Though the personal attitudes and intentions of Napoleon towards Jews are not clear and appear ambiguous, he was responsible for the emancipation of Jews in 1806. He improved the condition of the Jews in France and in Europe. He abolished laws restricting Jews  to live in ghettoes , and in 1807 designated Judaism as an official language in France,  Above all, he recognized the Sanhedrin, the group elected by Jews, as official representatives of Jews to the French state. Nevertheless, on March 17, 1808 he issued the “infamous decree” that rolled back some of the reforms for Jews, restricting economic activity, and  freedom of movement of  Jews in certain parts of the country.

At the same time. he was involved in confrontations with Pope Pius VII which resulted in the    Concordat of 1801 setting the nature of civil and religious power. France. The most severe conflict occurred in February 1808 when Napoleon sought to occupy the Papal States. The Pope in response excommunicated Napoleon who in return ordered the Pope’s arrest and put him first in Savona on the Ligurian coast and then in Fontainebleau.

How to assess Napoleon? His record is of 17 years of war, millions dead, France left bankrupt, enormous physical destruction of conquered territories, restraints on free speech. He embodied imperial glory, a hunger for power, and a cult of personality strongly reinforced by propaganda, but he  introduced strong stable government in France, was an enlightened law maker,  and instituted civil reforms.

Today Napoleon is challenged for two main reasons: one is for reintroducing slavery in France’s overseas   territories in 1802, eight years after they had been abolished. He sent an army of 60,000 to  Haiti, authorizing the use of sulfur dioxide against rebel slaves; the second  is that   his civil code was patriarchal with legal incapacity of married women .

Should Napoleon be revered. The French “eagle” had spread the Enlightenment throughout Europe, but he was a man obsessed with domination who over-reached himself, and the model  for military  intervention in French politics, an example  to be followed in 1851, by Boulangists, Vichy in World War II, and Charles de Gaulle in 1958 and 1961.

London understands the role of Napoleon in overreaching  with its images of Trafalgar Square and Waterloo station.