Native Americans and the Law 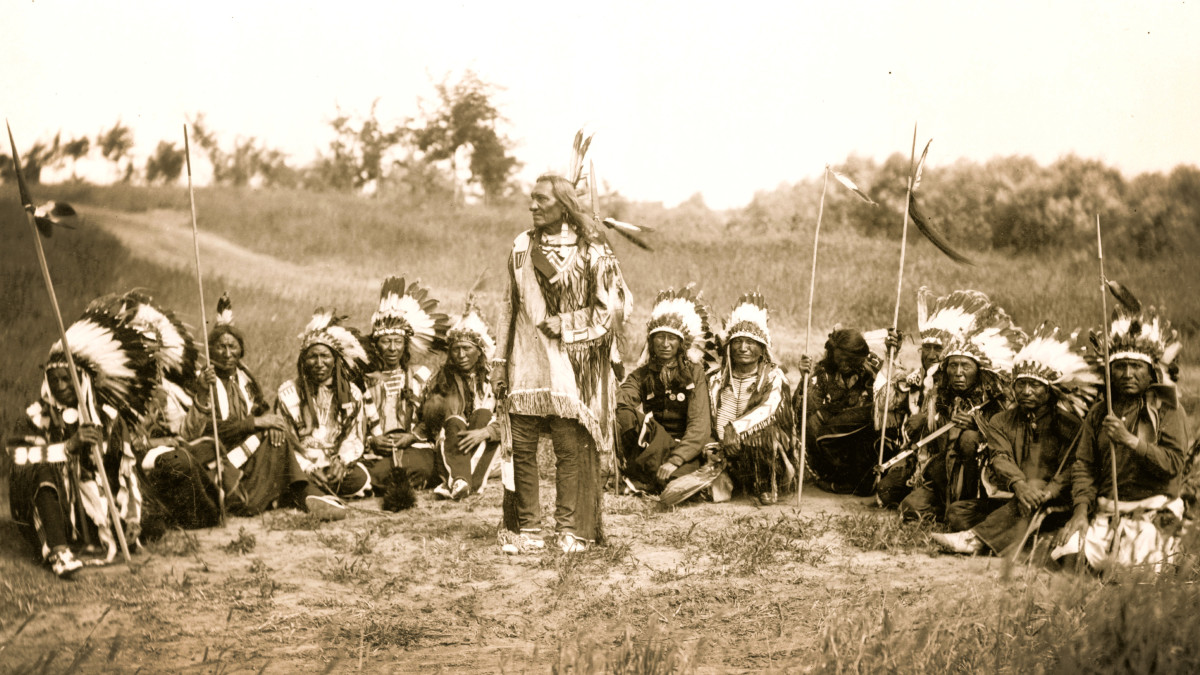 The Native Americans were here first; they had Reservations. Oklahoma where the wind comes sweeping down the plain. We’ll have Manhattan, the Bronx and Staten Island too.

A statue of a Native American woman  by a Chiricahua sculptor, Allan Houser, stands outside the Oklahoma State Capitol; another bronze statue, one of an Indian warrior is on the dome. No doubt they were inwardly smiling with the announcement on July 9, 2020 of the decision of the U.S. Supreme Court in the case of McGirt v. Oklahoma. The inherent argument is over the nature of the power possessed by Native Americans in their Reservations, and whether that power can be considered “sovereign” even if that power does not approximate the definition by Thomas Hobbes of complete monopoly of power in a particular geographical area.

The case is fascinating, combining historical, legal, and political factors, questions of jurisdictional powers, and differences over interpretation of U.S. law, whether from an originalist and textualist, or intentionalist and living constitutionalist point of view. The U.S. Constitution, Article 1, section 8 grants Congress the power to regulate commerce with foreign nations, and among the several states, and with the Indian tribes. Though the federal government has the duty to protect the tribes, it is Congress, not the executive or judicial branches of the U.S. system, that has ultimate authority affecting the tribes.

By a number of U.S. treaties those federally recognized tribes, now called nations, have the right to form their own government, enforce laws within their lands, protect their own people, tax, manage their own funds, and exclude persons from tribal lands. As result tribes possess a nationhood status. Today there are 5.2 million American Indians, and Alaska Native people and 573 federally recognized Indian nations. In addition, there are unrecognized Nations and indigenous communities. In the state of Oklahoma there are 39 tribal Nations, 19 of which are federally recognized.

The U.S. signed 370 treaties with many Native Nations between 1778 and 1871. Most of them guaranteed peace, defined land boundaries, preserved hunting and fishing rights, and proved protection against domestic and foreign enemies. The Tribes generally retained all internal governmental authority on issues such as education, health care, and housing. In recent years there is a more insistent  call for total self-determination.

In the case on July 9, 2020, the SC by a 5-4 decision held that the land in northeastern Oklahoma reserved for the Creek Nation since the treaty of 1833 and the treaty of 1866 remains an Indian reservation, at least for purposes of federal criminal law. The land had been officially recognized by Congress as Indian territory and home to the Five Civilized Tribes. Congress declared Oklahoma a state in 1906, but denied the establishment of the Indian territory as a separate state.

Justice Neil Gorsuch, writing for the 5-4 majority, rather surprisingly rendered a textualist reading of the legal history of the rights of the Muscogee (Creek) Nation. He held the treaty of 1866 guaranteed the Creek Nation   the “quiet  possession of their country.” The case was a reminder of the tragic events  in the 1830s when a number of tribes,  about 125,000 Native Americans, were forcibly removed from their homelands in the southeast where their ancestors had lived for generations to walk more than 500 miles to land west of the Mississippi River to what is now eastern Oklahoma. During this walk, the Trail of Tears, an estimated 3,500 of the Creek, Muscogee tribe died.

On this event, Gorsuch was eloquent. “On the far end of the Trail of Tears was a promise. Forced to leave their ancestral lands in Georgia and Alabama, the Creek Nation received assurances that their new lands in the West would be secure forever… those lands remain under the control of the Native American Reservations for purposes of federal criminal law. The state of Oklahoma, he held, does not have authority to undertake criminal cases involving Native Americans, since they are subject to federal jurisdiction. Because Congress has not said otherwise the government should be held to its word, that the Major Crimes Act 1885 gave to federal authorities not to states jurisdiction over serious crimes committed by or against Native Americans in their own territories.

How was power allocated, and does the allocation remain in the U.S. federal system? The Gorsuch argument concerning Oklahoma is that the land granted to the Native Americans over 170 years ago retains its status as belonging to the tribal Reservation, because no act of Congress has dissolved the Creek Tribe or disestablished its Reservation.  No statute exists that has terminated that status, nor terminated the Reservation. States have no authority to reduce federal arrangements with Native Americans within the tribal borders.

In 2019 the U.S. Court of Appeals for the 10th circuit ruled that the state of Oklahoma lacked jurisdiction to prosecute a murder case of had happened within the three million acres belonging to the Muscogee, Creek Nation. This was followed in 2020 when the SC held that the state courts in Oklahoma had no jurisdiction to convict Jimcy McGirt, a member of the Seminole Nation, of sexual offences, raping a four year old child in 1996, that took place on the Creek Reservation. McGirt appealed his conviction, arguing that prosecution by the state was invalid because his offence had been committed within the territory of the Creek Reservation. According to the 1871 statute it is a federal, rather than state, crime to commit a serious offence in the territory of the U.S.

Neil Gorsuch, a Westerner originally from Colorado, had been a judge on the Denver based 10th Circuit and had ruled in favor of tribal rights to govern their own affairs and upheld their right to their land. On appointment to the SC, he hired a member of the Chickasaw nation as a clerk. Gorsuch held that Congress had broken more than a few of its promises to the Creek nation.

A major difference in the SC centered on the history of the Creek Reservation since it has been largely unknown for the past century, that a considerable part of the territory of Oklahoma is actually a Creek Indian reservation. Chief Justice John Roberts, dissenting, held that  a century of practice in Oklahoma  confirmed that the prior domains of the Creek Tribe were extinguished, that the state has maintained unquestioned jurisdiction for more than 100 years, and that the SC decision might lead to similar results in the other four Oklahoma tribal territories. This consequence would produce uncertainty and chaos for all parts of government, including verdicts in previous trials by the state, that touch on Indian affairs.

The controversial issue remains. Can the state of Oklahoma prosecute Native Americans accused of major crimes by Indians in Indian territory or are such offenses, according to the Major Crimes Act of 1885 solely matters of federal jurisdiction? The dispute rests on whether the Creek Reservation, about 3 million acres and part of the city of Tulsa had been disestablished by Congress when Oklahoma was admitted to the U.S. in 1907.

McGirt’s case rested on the argument that his serious offense was carried out in Indian country, involved Native  Americans, and therefore should have been tried in federal not state court. The Creek Reservation never ceased to exist  and so he was tried in the wrong court.

The irony  in all this case is twofold. One is the fact the 71 year old McGirt can get a new trial in a federal court.  The second is the possibility that many others who have been convicted in Oklahoma state cases can have the same outcome and can appeal to the federal court. Justice Gorsuch admitted the potential for cost and conflict around the jurisdictional boundaries. Is it an idle hope that with passing time the federal government, the state and  the tribes can work together successful as partners in criminal matters as well as in other areas?

The McGirt case may lead to other developments, ending neglect of some controversial issues. According to the Fort Laramie peace treaty of 1868  the Black Hills were to be set aside for use and occupation of the Sioux Nation, Lakota, Nakota, Dakota peoples. But after gold was found the U.S. military entered the area and Mount Rushmore was built. The U.S. illegally took tribal land in the Black Hills. The Sioux were offered compensation but refused and demand the return of their land.

Perhaps the U.S. might follow the Canadian example, and acknowledge history. The Royal Ontario Museum acknowledges that “this museum sits on what has been the ancestral lands of the Wendat (and other nations) since time immemorial to today.”

More generally is the impact of the McGirk case on guiding principles for the Supreme Court to examine legislation and law. It must decide whether using extratextual evidence is allowing the states and the courts to usurp the work of Congress. Should courts follow the theory of originalism or one of judicial restraint?