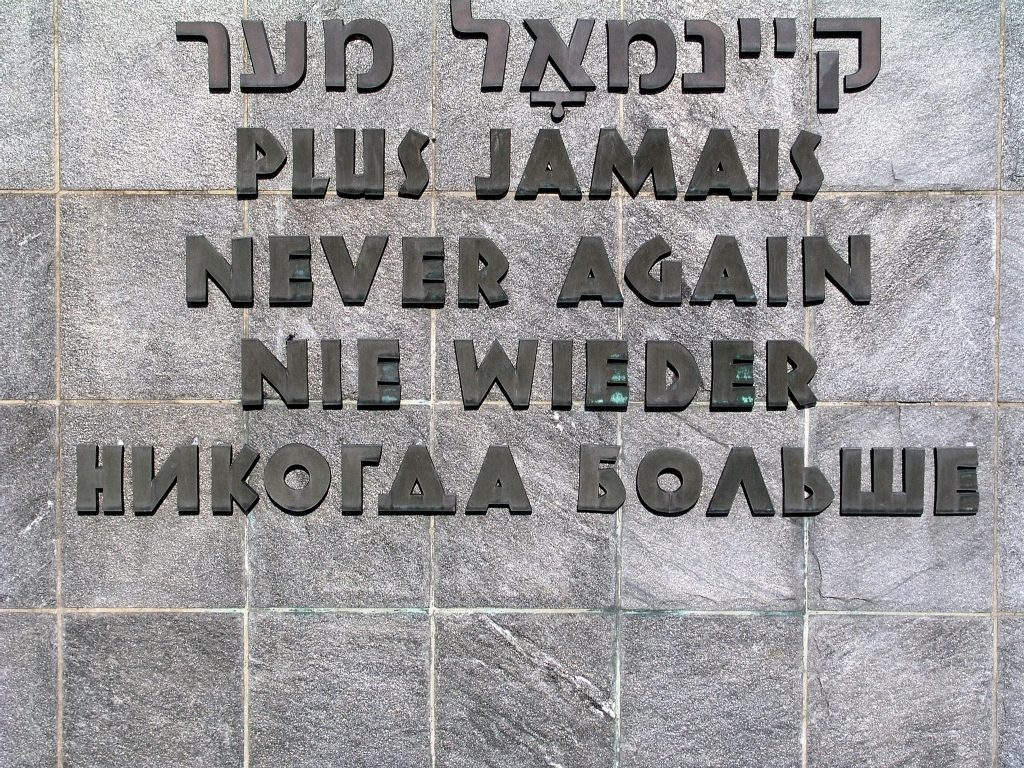 On October 27, 2018 antisemitic terrorism raised its ugly head in Pittsburgh when a gunman named Robert Bowers using a semi-automatic rifle killed eleven worshippers and injured seven others at the Sabbath morning service at the conservative Tree of Life synagogue. Bowers declared he wanted all Jews to die, and also that Jews were committing genocide against his people. These declarations were posted on the social network Gab, reportedly friendly to Nazi and the far right. Six months later, on April 27, 2019 as news came of a new antisemitic atrocity, a vigil was held outside the Tree of Life synagogue, declaring that enough is enough, and that these acts of violence and prejudice must end. The participants promised to meet again until “we drive hate speech and acts of hate out of our city.”

Another act of hate had occurred on that day. The latest outrage took place on April 27, 2019 when a 19 year old student named John Earnest also using a semiautomatic gun killed one and injured three at the synagogue Chabah of Poway, suburb of San Diego, California, where a hundred Jews were celebrating the last day of Passover. The Chabah is associated with the Lubavitch, a branch within the Orthodox Hasidic movement. The rabbi of the congregation was shot in the hand but continued with his sermon.

Earnest, a student at Cal State University, San Marcos, identified himself as a “nursing student,” but his action and the document, a Manifesto, attributed to him, show a totally different kind of interest in two main ways: use of violence and antisemitism, as well as his political feelings. He referred to President Donald Trump as a Zionist, Jew-loving, anti-white traitor. Earnest, a formal member of the Orthodox Presbyterian Church, acknowledged he was influenced not only by Pittsburgh but also by the events on March 25, 2019 at Christchurch, New Zealand, a suburb of Riccarton, when a terrorist attack, also using semiautomatic weapons, on two mosques by accused shooter Brenton Tarrant resulted in the death of fifty people. Earnest appeared to confess he was responsible on March 24, 2019 for arson, using gasoline to blacken the walls of the Islamic Center in Esconcido, California, and spraying hate messages.

Hate messages of antisemitism were central to the attack at Poway. Earnest committed the act for “the sake of my people.” The Manifesto found in his residence indicates the enemy and asks the question: “Is it worth it for me to live a comfortable life at the cost of international Jews sealing the doom of my race?”  Earnest issued warnings, of the “bread and circus that Jewry has used to pacify my people, and that every Jew is responsible for the meticulously planned genocide of the European race.”

At least he was open about the supposed villains and their conspiracy to rule the world. Now a member of the U.S. House Foreign Affairs Committee, Rep. Ilhan Omar (D-Minn) told us enigmatically that the perpetrators of 9/11 could be explained by the fact that “some people did something.” However, more succinctly, in November 2012, she  revealed her true prejudice when she tweeted “Israel has hypnotized the world, may Allah awaken the people and help them see the evil doings of Israel.” She also suggested that some American Jews had dual loyalty, to Israel as well as to the U.S.

For some time, even before the appearance of Omar, infighting between the parties in Congress over the Jewish issue has been frequent. Evidence, partly the result of attitudes towards proposed legislation on antisemitism, has indicated that punishment of antisemitism, words and action, and criticism of the Palestinian organized BDS movement is more likely among Republicans than among Democrats. Republicans have usually been more concerned that antisemitism in the U.S. rose 57% in 2017, the deadliest year for antisemitic attacks.

In Britain, there has been a similar rise in antisemitism and, as in the U.S., the social media has been used for campaigns of antisemitic harassment and threats. Britain has lagged behind other countries in dealing with the disease of antisemitism. The political world has long been troubled by the overt antisemitism of a considerable number of members of the Labour Party and toleration of it by Jerome Corbyn, leader of the Party. Perhaps the most persistent advocate of this state of mind is Ken Livingston, Labour Party politician and former mayor of London who among other witless remarks, declared in April 2016 that Adolf Hitler had supported Zionism before he went mad and killed six million Jews. The party has unlawfully discriminated against people based on ethnic and religious affiliation. It is unwelcome news that Rep. Alexandria Ocasio-Cortez, (Dem-NY) spoke, in a long telephone conversation with Corbyn, perhaps persuading her to adopt his neutral tone on antisemitic utterances.

Nevertheless, it is incumbent on British and American politicians and media to take the issue of antisemitism more seriously. It is shameful, for example, that The New York Times veiled its information of the attack at Powey by placing it on page 24. Moreover, punishment in the English-speaking countries should be as severe as it has been recently in France and in Belgium.

In France the far-right activist, writer and film maker Alain Soral, who had already been punished and fined 4,000 euros for antisemitic agitation and allegations about Jewish and Zionist conspiracies, was sentenced on April 15, 2019 to one year in prison for Holocaust denial, a crime under the Gayssot Act.

Belgium was equally serious. A case concerned Mehdi Nemmouche, French born to a family of Algerian origin, a former ISIS adherent who fought in Syria a year on its behalf. A brutal and sadistic person, he killed four people at the Jewish Museum in Brussels. His absurd defense was that he had planned a targeted execution of Mossad agents. The court in Brussels on March 7, 2019, found him guilty of murder and sentenced him to a life term.

Another case in Brussels concerned a far-right politician, a constant Holocaust denier, Laurent Louis, who was preoccupied with statements that Nazi atrocities were overstated as was the number of Jews killed in Nazi gas chambers. Indeed, he argued the Holocaust was set up and financed by “the pioneers of Zionism.” For him, Zionism was worse than Nazism. The Court of Appeals in 2017 ordered him to visit and write about Nazi camps. Louis is not a central figure in Belgium politics, but he is illustrative of the increasing willingness of public figures to express or condone antisemitism.

The unwillingness to punish acts or expressions of antisemitism must not stand, not in the Foreign Affairs Committee of the U.S. Congress, nor elsewhere in the world.