From The Nigerian Voice, The Tribune, and AFP via the Daily Monitor 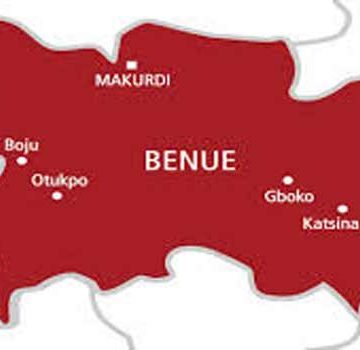 Two priests were among at least 18 people killed in a dawn attack on a church in central Nigeria, police said on April 24, in violence condemned by President Muhammadu Buhari as “satanic”.
Around 30 suspected herdsmen attacked Mbalom community in the volatile region killing the worshippers and the two priests, said Benue state police commissioner Fatai Owoseni in the state capital of Makurdi.
“They attacked the venue of a burial ceremony and also attacked the church where the two reverend fathers were holding mass,” said Owoseni. “We were able to recover 16 bodies from the scene of the attack and those of the two priests.”

Central Nigeria is in the grip of a security crisis as nomadic herders and sedentary farmers fight over land in an increasingly bloody battle for resources.
The conflict is now more deadly than the Boko Haram jihadist insurgency that has ravaged Nigeria’s northeast and is becoming a key issue in the upcoming 2019 presidential polls.
Benue state lies in Nigeria’s so-called Middle Belt that separates the predominantly Muslim north from the largely Christian south.
The area has long been a hotbed of ethnic, sectarian and religious tensions between indigenous farming communities, who are mainly Christian and the nomadic cattle herders, who are Muslim.

Not everybody accepts the definition of  “herdsmen” or even “Fulani herdsmen” for the perpetrators, or that the struggle is between farmers and nomads purely for land however. The Nigerian Voice writes

The butchering of not less than 19 worshippers of St Ignatius Catholic Church, Ukpo-Mbalom in Gwer East Local Government of Benue State in the early hours of Tuesday, 24thApril 2018 has further and irrefutably confirmed that the wave of killings by the Government protected Fulani Herdsmen across the country particularly in the North-central and Northeast are totally designed to wipe out Christian population, destroy their sacred places of worship and institute radical Islamic Caliphate in Place.

Specifically, these killings in the name of Islam are carefully designed and systematically executed at two-phase plans and aimed at wiping off members of the Nigerian Christian Faith and other non Muslims particularly in the Northeast, North-central and Northwest with estimated 30m Christians.

Contrary to Federal Government and its sponsored media false claims that the killings, exclusively directed at carefully mapped and identified Christian populations and their sacred places of worship in Northern Nigeria, are as a result of “Fulani Herdsmen-Farmers clashes over grazing rights and permissions”, the latest disruption of early morning mass service and massacre of 19 innocent and defenseless worshippers including two Rev Fathers, two catechists and 15 lay members as well as similar butcheries across the country since mid 2015 have further shown the contrary and exposed the present central Federal Government’s litany of lies against all Nigerians and members of the int’l community inclusive of local and int’l Christian populations.

It is also recalled that the dastardly act occurred barely two days after our investigative statement of Sunday, 22ndApril 2018 calling on Christian leaders in Nigeria to wake up from their slumber and face the reality of growing and untamed wave of killing in the name of Islam in Nigeria. The statement, titled: Imminent Extinction Of Christianity & Rise Of Islamic Caliphate In Southern And Old Middle-Belt Nigeria & Lessons From Global Killing Of 270m Christians & Ors Since 622AD By Political Islam, also catalogued the killing in the name of Islam around the world dated back to 622 AD or past 1400yrs. A copy is attached below.

In Nigeria, apart from the massacre of over 3m Christians dominated by native Igbo Christians on account of Nigeria-Biafra Civil War of 1967-70, the statement further traced the origin of killing in the name of Islam in Nigeria to 1945 in Jos during which dozens, if not hundreds of native Igbo Christians were slaughtered by Muslim fanatics in the area.

and – …the Christian Association of Nigeria (CAN) has called on Christians to embark on a nationwide protest.

In a statement made available to Nigerian Tribune and signed by Pastor Adebayo Oladeji, Special Assistant, (Media and Communications) to the CAN President, Reverend Dr Samson Olasupo Ayokunle, on Wednesday, CAN declare Sunday, April 29, 2018, as a National Day of Protest, against what it described as “unending killings in the country.”

The statement read: “In its swift reaction to the killing of two priests and 17 worshippers of St. Ignatius Catholic Church, Mbalom, Gwer East LGA of Benue State, CAN has declared Sunday, April 29, 2018, as a National Day of Protest against unending killings in the country.

“It also dedicates the same day for prayers for the freedom of Leah Sharibu, the remaining Chibok girls, and others still in the captivity of Boko Haram. We are already at a breaking point and a state of anomie is almost here.

“CAN urges Christians in Nigeria to hold a peaceful protest on Sunday, in the premises of their churches asking the Federal Government and security agencies to stop the unending killings and bloodshed in the country. Christians are to carry placards with inscriptions meant to address issues about sustained killings, attacks and destruction of their property in Nigeria.

The inscriptions on placards could read: ‘Enough of Bloodshed in Nigeria;’ ‘Enough of Unlawful Killings in the Country;’ ‘FG, Release Leah Sharibu from Bondage;’ ‘FG, Stop Herdsmen Killings;’ ‘CAN rejects FG’s poor handling of insecurity,’ among others. The government should be called upon to perform their constitutional responsibility of protecting citizens now.

The situation is so bad now that some fear that the country is sliding into Civil War. I remember the last one, Biafra, refered to above by the writer for the Nigerian Voice, and the famine that resulted which gave the world the name kwashiorkor for the type of malnutrition suffered particularly by children during a famine.

Reacting in a statement by its national coordinator, Comrade Emmanuel Onwubiko and national media affairs director, Ms Zainab Yusuf, HURIWA stated that the Buhari administration is watching while the country gradually sleep walks into a full blown civil war “due to the mass killings by armed Fulani herdsmen and their hired freelance armed terrorists who have continued to have free reign of maximum terror even when the Fulani dominated command and control security forces watches on”.

It condemned the failure of the President to declare armed Fulani herdsmen and the identifiable platform – Miyetti Allah cattle owners Association – as a terrorist group, as it called on the international community to intervene so the Nigerian government can be compelled to do the needful to check the killings.

HURIWA warned that refugees from Nigeria will soon flood neighbouring countries which may create spectacular nightmares for the global refugees commission of the United Nations.

The statement reads in part, “Nigeria is at the precipice of an imminent civil war if the coordinated mass killings by armed and motivated Fulani herdsmen and their registered association are not brought to justice by declaring the organization as a terrorist group and the leaders who had made statements in the media directly claiming responsibility for the attacks on farmers arrested and prosecuted.

HURIWA blamed the Nigerian internal security heads all of whom are of the same ethnicity and religion from the North just like the suspected killers, for not adopting proactive action to stop the killing of the two catholic priests when one of the two priests had raised alarm on his social media page on the imminent invasion of his community by armed Fulani herdsmen even when the nation’s intelligence community spends billions of dollars monitoring activities of the 16 million active account holders on the popular social media platform of Facebook. (sound’s familiar?)

PrevIn Stillwater, Oklahoma, What You Can Learn On Open Mosque Day
Norway party to seek ban on Islamic call to prayerNext