Normalization between Israel and Arabs 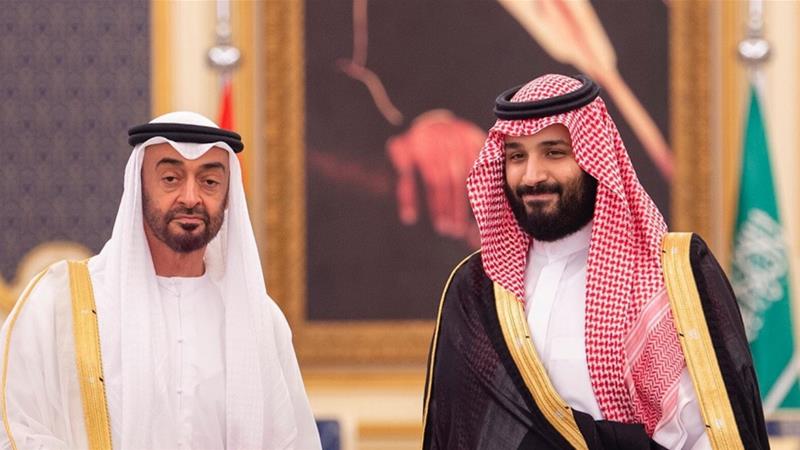 Washington, D.C., is currently the center of fiercely disputed politics, and the presidential campaign has been heated on a variety of issues: among them are the economy, health care, Covid-19, racial issues, crime. In view of recent developments concerning two historic peace arrangements in the Middle East between Israel and the United Arab Emirates, UAE, and with Bahrain, will U.S. foreign policy be added to the list of meaningful issues?

After a history of so many failed efforts to reach accords on peace it is welcoming and gratifying that history is being made with arrangements that may be laying the foundation for peace, security, and prosperity in the region. These arrangements do not constitute a comprehensive peace plan, one that includes settling the Palestinian question, and it remains to be seen if the two deals will change the course of the Middle East, and are “game-changers.” But they register a crucial change in Arab policies.

Hitherto, most Arab states, at least formally, have boycotted the State of Israel, saying they would only establish ties after the Palestinian dispute had been settled. Now a remarkable shift has occurred, the UAE and Bahrain have joined Egypt and Jordan in ending their boycott, while Israel has suspended any intention to declare sovereignty over part of the occupied West Bank, and is expanding its ties, which have been increasing since the Oslo Accords of 1993, with other countries in the Arab and Muslim world. The circle of peace is expanding with Arab states aware of the danger of the camp of belligerents, Iran, Turkey, and Hamas in Gaza.

The United States has brokered two important arrangements. On August 13, 2020, the White House announced that the United Arab Emirates, represented by Crown Prince Mohammed bin Zayed, usually known as MBZ, would end its boycott of Israel and would exchange diplomatic ties with the state. On the historic day of September 11, it was announced that Bahrain would normalize relations and establish full diplomatic relations with Israel .

Negotiations between Israel and UAE have taken a while, beginning with talks first in Cyprus and then in Jerusalem. In 2018 Prime Minister Benjamin Netanyahu twice visited Abu Dhabi, the Emirate capital, travelling on an Israeli flight that crossed Saudi Arabian airspace. The two sides realized they both had the same double enemy; Islamic extremism by Iranian Shiism, and by  the Muslim Brotherhood. Practical steps were taken to build trust between the two countries. One of them was the participation of Israeli athletes in regional competitions held in the UAE. Another was Israel’s presence at a diplomatic conference on energy in Abu Dhabi in 2015.

The present partner the UAE is led by MBZ, soldier, poetry enthusiast, football fan, a powerful figure, an advocate of modernization, and openness in a country now full of skyscrapers, and  hosting major firms, a gold market and diamond trade, and with a Louvre Abu Dhabi museum founded in 2017, the largest art museum in the Arabian peninsula, and with an international art collection that includes a painting by Gustave Caillebotte. UAE also has a nuclear power program, has sent a man into space, and sent a probe to Mars, as well being a significant oil producer. The Dubai International Airport is said to be the world’s busiest airport for international passenger traffic. UAE is expected to engage in joint ventures with Israel such as aviation, banking, and finance. It will also benefit from buying sophisticated American weapons, fighter jets and drones.

Bahrain, the small island kingdom in the Persian Gulf, is important for the U.S. since the U.S. Fifth Fleet has a base there, the U.S. Navy regional headquarters. Bahrain is open to full diplomatic relations with Israel, a meaningful development because the monarch, Hamad bin al-Khalifa, is Sunni Muslim while  the majority of the population is Shiite, presumably sympathetic to the Palestinian cause and friendly  to Iran. Bahrain is particularly important  because  it hosts the Manama dialogue, the chief security summit in the Middle East. at which policy makers in the region and beyond, address challenging issues. The last dialogue was in November 2019, and the next is due to be held in December 4-5, 2020. A major item on the agenda is conflict resolution in the Middle East.

Besides the anticipated important political and economic benefits of the two new arrangements a number of factors are relevant to the two new agreements. Some seven of those factors may be discussed.

1. The first is the significance of these first official steps towards normalization that will likely lead to increasing the impetus toward peace between Israel and most of the Arab world. The result is the strategic realignment of the Middle East as an increasing number of Arab states recognize the existence of Israel, and the benefit of harmony in their region.

2. A second meaningful factor is the refusal of the Arab League to disavow the UAE decision. The Arab League, however, still favors the plan it introduced, its peace initiative in 2002. This involves having ties with Israel in exchange for its withdrawal to 1967 borders, a just solution for the Palestinian refugees, and East Jerusalem as the capital of a Palestinian state. But this has not prevented the cultivation of ties and trade missions with Israel.

3. A third issue is that while there are still Islamist groups in countries in the Middle East, they are dependent for support on state sponsors. It is significant there are no important Islamist authorities in the Arabic speaking world, though there are some in the non-Arab world, eager to confront and enter in physical conflict with Israel.

4. The Palestinian Authority has accused UAE of betraying the Palestinian cause. That cause has not been forgotten by Arab countries, but it does not have the priority it once did. It no longer generates emotion, genuine emotion, that it has done since 1948. Now the “conflict” with Israel has been relegated to a “problem” which is not an obstacle for Arab-Israeli relations. Geopolitical interests have been the key. Arab states no longer are being held hostage by the Palestinians.

5. Then there’s Saudi Arabia, SA. There is no official diplomatic relationship with Israel but  there has been diplomatic and intelligence cooperation in recent years.  In 2005, SA ended its ban on Israeli goods and services.  Saudi business people and academics visited Israel. SA has been silent about UAE, and is unlikely to follow immediately the UAE example for normalization, but it may well do so before too long. What is more probable is that Bahrain did not proceed on its decision without tacit approval from SA, which has supplied Bahrain with financial aid, and which in 2011 sent troops to help the ruling family. This suggests a Saudi decision in the not too distant future to recognize Israel in a formal way.

Saudi King Salman, 84 years old,  has said that SA will not pursue normaIization arrangements with Israel until  there is peace between Israel and Palestine, but the 35 year old Crown Prince Mohammed bin Salman MBS, has suggested normalization, has made overtures to Israel in 2018, and bought equipment from Israel for control of cyber espionage. MBS was involved in co-operation on the foundation of the city of Neom, the planned large city on the west coast of SA which would use Israeli facilities in manufacturing, biotechnology, and cybersecurity, and took part in discussions over Israeli shipping passage in the Strait of Tiran.

On September 2, 2020, SA announced, without mentioning Israel directly, that “flights from all countries,” going to UAE would be allowed to fly over SA air space. Immediately, an El Al  Boeing 737 with the Star of David painted on the jet’s tail, did travel this way to UAE.

Nevertheless, while SA is the author of  the Arab Peace Initiative, its policies may be affected by the reality it  is the custodian of Islam’s two holiest sites.

6.  Arab countries have recognized two problems. One is the aggressiveness of Turkey and the neo-Ottoman pretensions of President Recep Tayyip Erdogan which are causing chaos in the Middle East. The other is fear of Iran.

7. Those Arab counties also recognize they share a common antipathy toward Iran with Israel. a country that has defended itself against Islamist extremists, and which embodies the position that a strong country, if not an Iron Wall, must exist before  Arabs agree to “mutual concessions.” It is true that the agreement with UAE  depended on Israel’s withdrawal of plans to annex West Bank territories, but the changing situation is recognition of Israel’s economic and military strength, as well as useful material arrangements with the U.S

There are therefore some welcoming signs of the continuation of the peaceful parade in the Middle East. One likely actor is Oman. The Sultanate of Oman has been a neutral county in the region. Though it has friendly relations with Iran and supports the Palestinians, it hosted a visit by Netanyahu in October 2018 when the late Qaboos bin Said was Sultan. Oman has expressed approval of both the UAE and Bahrain deals, though linking them to peace with the Palestinians, and a Palestinian capital in east Jerusalem. It has also expressed interest in Israel’s civilian technologies.

A second country Qatar is more ambiguous. It was the place where an Israeli office opened in 1996, but it was forced to close four years later. Because of pressure from other Arabs, in 2009 Qatar broke all connections with Israel. Yet it helped broker a deal to  end hostilities between Israel and Hamas on August 31, 2020. Qatar claims to support moderation and wants to be a player. It is not anxious to join the peace parade. It supports the Muslim Brotherhood, is friendly to Turkey, and has given aid to Gaza. Significantly, in June 2017 a number of countries, Saudi Arabia, Bahrain, UAE broke relations with Qatar because of its “embrace of various terrorist sand sectarian groups aimed at destroying the region.”

By contrast, the region is being strengthened by the two agreements. The signing ceremony on September 15, 2020 in the White House for the Israel-UAE normalization is the harbinger of peace and prosperity in the Middle East.