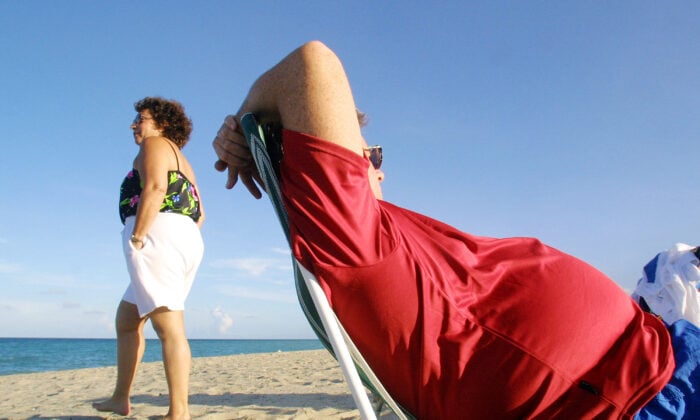 There is another pandemic that, in the long run, may be more harmful to the health of humanity than that of COVID-19. It will ultimately cause the loss of many more years of human life, if it does not already do so.

Whether pandemic is quite the right word for it might be disputed. I am referring to the vast increase in obesity in most parts of the world in recent decades. The word pandemic suggests illness, but is obesity in itself an illness? That it causes illness, no one will dispute: but many things cause illnesses without being themselves illnesses.

Increasingly, however, medical journals write of obesity, as they do of addiction, as if it were in the same category as, say, multiple sclerosis or Parkinson’s disease, that is to say an unfortunate mischance. There is now, after all, surgery for obesity which works; drug companies research drugs to reduce obesity from which, if found, they will make fat profits, if I may be allowed a slight pun.

On the other hand, most people think, with varying degrees of reticence to express their thoughts in public, that obesity is the consequence of weakness of will. Greed is not illness but a sin, or at least a moral failure. We are fat because we give into temptation, that which Oscar Wilde said was the only thing that he could not resist.

The British government is thinking of paying people, bribing them in effect, to buy and eat healthier, less fattening foods. It will reward them financially for their weight loss or for the choices they make in supermarkets. This, of course, flies in the face of the illness concept of obesity: not even a British government would think of paying patients with hypothyroidism to produce more thyroid hormone from their own glands.

There is no doubt that obesity is a problem in Britain, where it is more prevalent than in most countries. This clearly results from the eating habits of the population, now inculcated early in childhood. Not long ago, for example, I witness in a baker’s shop in my small town a fat and slatternly mother force a cake on her three-year-old child, who was slightly overweight but not yet fat.

The child had not asked for a cake, nor did he want it when presented with it, but the mother insisted that he eat it as if it were his duty to do so, as once children were told to eat up their greens. She was like an evangelist for obesity, and it is amusing to note how often fat people have fat dogs. Botero, the Colombian painter, was not just an artist, but a prophet.

The proposal to pay people according to their behavior (made possible by information technology) is a sinister extension of state power, but there is no denying that it has a certain logic.

If someone else pays for the consequences of your actions, it is only natural that, one day, he will demand to control your actions. After all, freedom without responsibility creates an unjust burden on others.

Why should I pay, either through taxation or insurance premiums, for the consequences of the choices of others, when the proposal to bribe them into better choices is a recognition that their choices are under conscious control? (Such bribery has been tried in the cases of alcoholism and addiction to heroin, and work to an extent.)

It is easy to see what the justification for such bribery would be. If it works, it may produce savings to the state greater than its cost. (I leave aside the health benefits to the successfully bribed.)

This, of course, assumes that the state, or some third-party payer, must bear the medical costs of treating the consequences of eating too much, especially of the wrong things. It also assumes that utilitarian calculation is the be-all and end-all of ethics. If it works, it is good; if it doesn’t, it is bad.

The problem for libertarians is that it is very difficult to ensure that individuals bear the entire semi-predictable costs of their conduct (not every obese person becomes expensively ill as a consequence of his obesity). Given the enormous costs of medical treatment, which third-party payment inflates, some system of such payment is inevitable.

Either the insurance disregards the conduct of the insured, which is unjust towards those who behave responsibly, or it gives the insurer, state or private, the locus standi to interfere endlessly in the most intimate aspects of the lives of the insured.

Most of us are probably willing to bear some costs of predictably dangerous behavior, for example that of mountaineers. The additional costs are trivial, and therefore not worth bothering about either for the sake of a reduction of costs or of philosophical consistency; but it has been estimated that the additional cost of treating disease caused by obesity in Britain amounts to $150 per head per annum, that is to say $600 for a family of four.

And, of course, the burden of taxation (which in Britain pays for most health care) falls unevenly on the population, the obese being, statistically, in the class that pays the least. Many families must pay $3000 or more, which equates to $5000 of gross income, to pay to treat the obese.

But no civilized country could possibly refuse treatment of the obese merely because they had eaten their way to ill-health and were therefore the authors of their own misfortunes. Thus we are faced by a stark choice: either pay up or allow the government to supervise and interfere in the smallest detail of our lives.

The former is probably the better choice in the circumstances, albeit that taxation is a form of interference. The best would be if people behaved responsibly, and they would be encouraged to do so if they bore the costs of their behavior: but that is not possible.

What is needed, then, to reconcile freedom of choice with sensible conduct, is a kind of mass religious revival with diet as its object. Naturally, I proceed on the assumption that it is best for people not to be obese, but the obese may think differently.