On learning English from the North Koreans 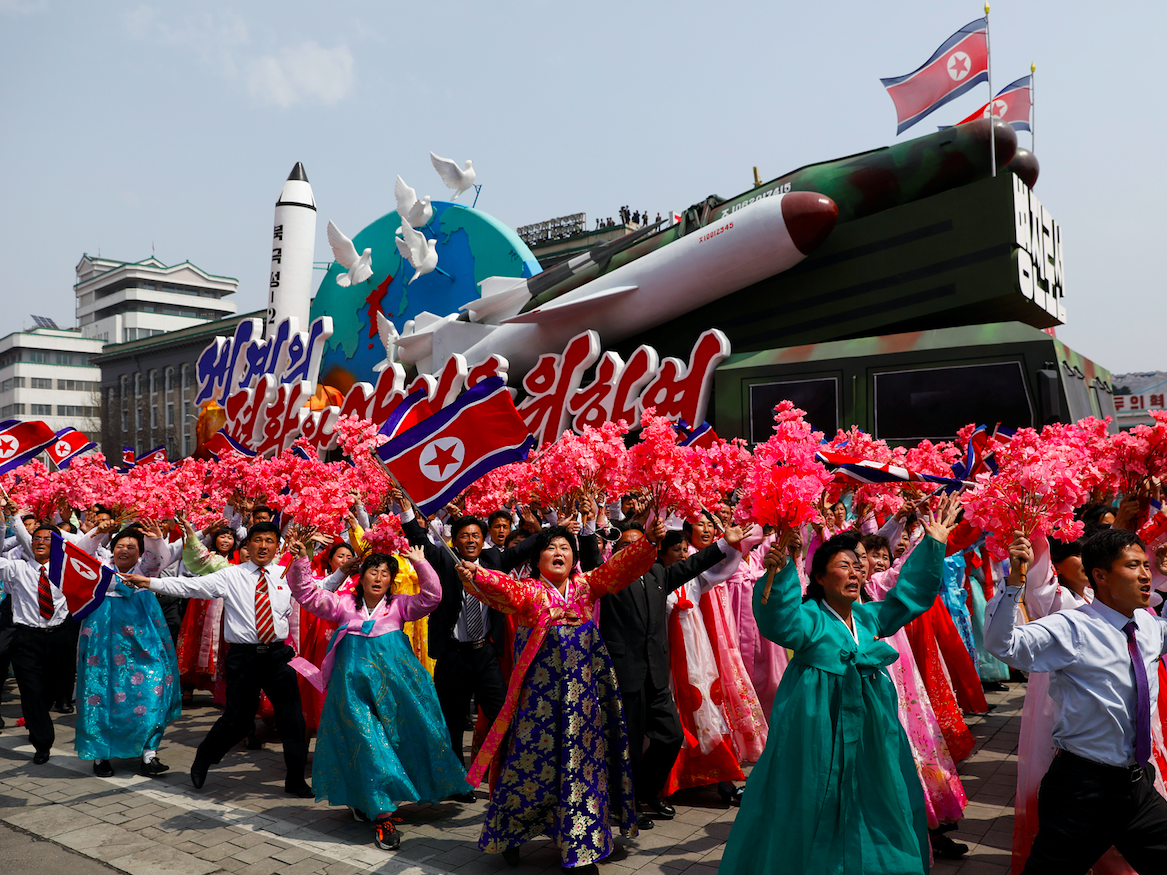 Many people were surprised when the leader of North Korea, Kim Jong-Un, called Donald Trump a “mentally deranged dotard.” Not by his insulting tone, of course, but by his use of the word dotard, which is not exactly in current or everyday English usage, and suggests a larger vocabulary than many native speakers possess.

I was not in the least surprised, however. If there is one thing that Communist regimes did well, it was teach foreign languages—at least at the highest level of their elite schools.

This applied to the North Korean as much as to the other Communist regimes. I learned this during my brief sojourn in North Korea in 1989, in the days when the President-for-Eternity and the present leader’s grandfather, Kim Il-Sung, were still alive.

A single North Korean passed me in the square. “Do you speak English?” he asked as we approached one another. I was astonished, not only by the clarity of his enunciation, but by the fact that he spoke to me at all. Spontaneous communication with foreigners was forbidden and very dangerous for North Koreans.

“I am a student of the Foreign Languages Institute,” he continued. “Reading Dickens and Shakespeare is the greatest, the only, joy of my life.”

I think I understood at once what he meant. In Dickens and Shakespeare, even the poorest and most downtrodden person speaks in his own voice. His utterances are at least his own, and are the product of his own brain. In North Korea, with its endless speeches in the most rigid of langues de bois, to speak in your own voice was impossible. All speech is either compulsory or forbidden.

I was in North Korea as part of the British delegation to the International Festival of Youth and Students (I was neither a youth nor a student, but had managed to worm my way in), a Communist jamboree that, like the Olympic Games, was held every four years—this being, as it turned out, the last ever held. It was said that the presence of so many delegates in Pyongyang from around the world—10,000 in all—caused a severe food shortage in the country.

“And would it be correct English to say,” my interlocutor continued, “that this Festival is as welcome as the snowstorm before the harvest?”

“You would know better than I,” I responded, and we parted as ships in the night.

So I am not in the least surprised at Kim Jong-Un’s use of the word dotard. If you want to meet people who appreciate the inexhaustible resources of our language, go to Pyongyang.