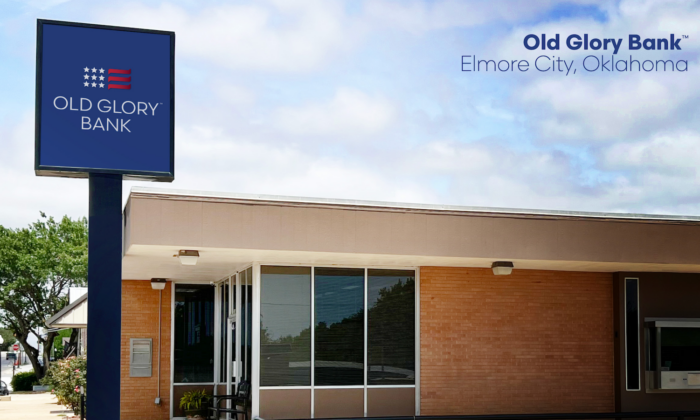 We are all too used to cancel culture restricting what we Americans read, see, and are allowed to say in our entertainment, education, and media—but our bank accounts? Aren’t they supposed to be sacrosanct?

These were working-class people who were forced to rely on donations to feed their families.

Could it happen here?

Suppose you own a small meat-packing outfit and suddenly can’t get the usual loan from your lending institution, which thinks you’re causing global warming?

Or what if you’re in the oil and gas business or, heaven forfend, the firearms industry and are deemed out of bounds in the increasingly progressive “woke” corporate world of the “Great Reset”?

Or what if you’re just John or Jane Citizen who said something supposedly untoward at a school board meeting, and your bank decides it doesn’t like you anymore and asks you to take your savings elsewhere?

Fortunately, some aware folks have been working behind the scenes to help alleviate this alarming, not to mention distinctly un-American, situation by creating what they say will be a place for patriotic Americans to stash their cash without fear of cancellation irrespective of their views: Old Glory Bank.

This will be a “real” bank, not a “challenger” or “neo” institution. It will be fully FDIC-insured.

Among those behind the bank are some familiar names to readers of this publication—former Housing and Urban Development Secretary Ben Carson, talk radio host and former California gubernatorial candidate Larry Elder, and country star/entrepreneur John Rich—who have joined with a number of concerned professionals from the banking industry, as well as Oklahoma Gov. Mary Fallin (more of her involvement in a moment), to get this done.

I spoke by phone this week with Rich, who called the Old Glory Bank “not only a good but a necessary idea.”

“When I saw what Trudeau did to the truckers … we’re not far from that,” he said, and further deemed the idea “long overdue.”

I also spoke with Eric Ohlhausen—the bank’s chief operating officer—who stated the bank’s bottom-line attitude that “financial institutions should never be in the political game” and explained their operations.

Customers of all ideological or religious views and all backgrounds will be welcomed at Old Glory Bank without exception, as long as their transactions are lawful.

For now, at least, the bank will operate virtually in the manner to which most of us are accustomed: through a website, a cellular phone app, and an established network of 37,000 (free) ATMs across the country with the usual array of credit cards, ATM cards, and so forth.

Nevertheless, there is a still-functioning physical Old Glory Bank in Oklahoma, should you wish to visit, that has been there since the early 20th century, before Oklahoma was a state (Hence, Fallin’s involvement). Pictures of the bank from that period resemble sets from “High Noon” or “Gunsmoke.”

Ohlhausen and Rich both told me this is only the beginning for the renewed Old Glory Bank. Plans are to expand to include an ever-widening array of financial services once established.

That might well include something similar to PayPal. However, unlike the Silicon Valley company, Old Glory would never fine its customers, as PayPal did in a flagrant example of cancel culture over so-called misinformation.

PayPal later admitted its “error” and retracted the policy, but for how long and in what manner? People capable of conceiving something like that in the first place are capable of a lot.

Old Glory Bank is clearly intended to be a key facility, another front—and an especially important one, since it involves our finances, the root of all our activities, and our ability to effectuate change—in the growing battle to preserve the America that was conceived by the Founders.

In my judgment, this is one of the most important initiatives to come forward in some time.

They plan to roll out slowly and carefully, starting Nov. 17, and seek to be fully up and running in the first quarter of 2023.