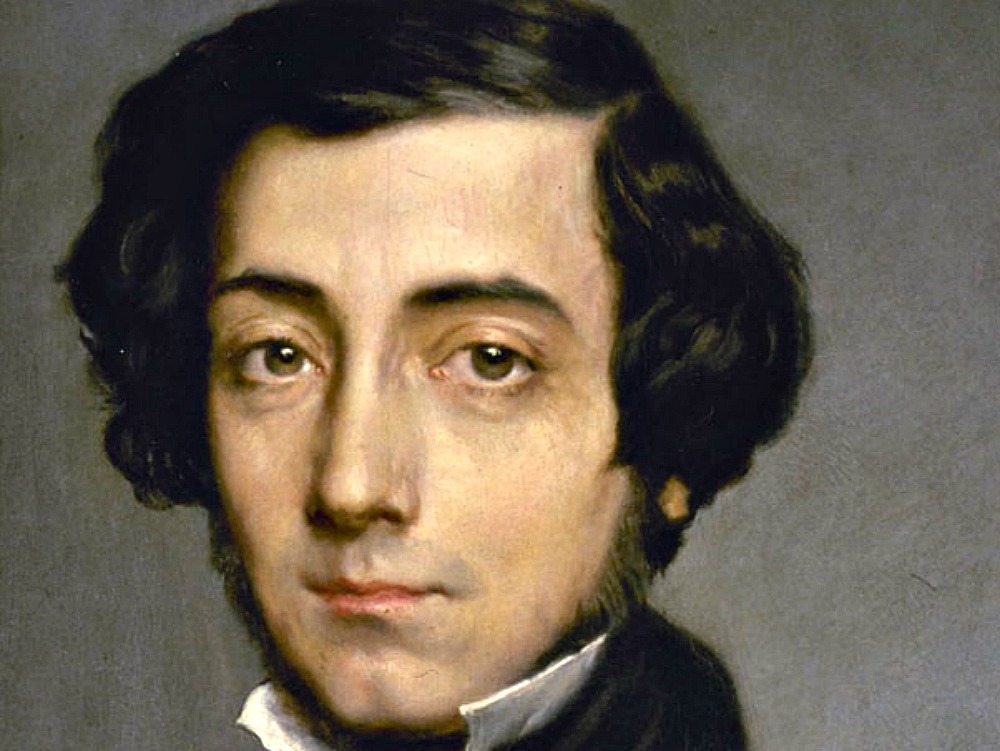 The central fallacy of modernity is the belief that science and technological progress have made traditional wisdom and the insights of earlier thinkers irrelevant or malign. This presentist hubris of what G.K. Chesterton called the “small and arrogant oligarchy of those who merely happen to be walking about” is particularly misplaced when it comes to understanding human nature and behavior, especially political action. Since “enlightened” moderns believe they know more about human nature and possess the technical means of altering it, they dismiss or ignore earlier wisdom and common sense based on centuries of experience and observation of how humans consistently behave over time.

When it comes to America’s political order, no commentator today has yet come close to the brilliance of Alexis de Tocqueville, who was astonishingly prescient in pointing out the dangers inherent in the democracy he so admired. The political dysfunctions and crises roiling our nation today were predicted by Tocqueville in Democracy in America, published in 1835 when the United States was not yet fifty years old.

Take the age-old complaint that democracy indiscriminately empowers the many, who may not have the knowledge and judgement of character necessary in choosing a leader. Hence Tocqueville’s observation that in America, “the ablest men . . . are rarely placed at the head of affairs.” With the citizens’ attention focused on their private affairs and necessity to make a living, “it is difficult for [them] to discern the best means of attaining the end,” which is “the welfare of the country.” Hence the voters’ “conclusions are hastily formed from a superficial inspection of the more prominent features of a question.” As a result, “mountebanks of all sorts are able to please the people, while their truest friends frequently fail to gain their confidence.”

This description obviously rings true today, in our age of the “low-information voter” and the multiple information platforms that promote the “superficial inspection” of sound-bite reporting that highlights only the politicized and emotionally charged “prominent features” of any issue. Our current political romance with socialism on the part of significant numbers of voters and politicians is the perfect example of this phenomenon: Ignorance of socialism’s gruesome failures for over a century, which are whitewashed by “mountebanks” like Bernie Sanders or Alexandria Ocasio-Cortez, are coupled with unworkable, simplistic polices that “please the people” with seductive promises of getting something for nothing.

Tocqueville links this self-interested ignorance to the “difficulty that a democracy finds in conquering the passions and subduing the desires of the moment with a view to the future.” This failure of virtue and prudence fosters the short-term, self-interested policies we find in both our domestic and foreign affairs: the reluctance to do something about the looming entitlement, debt, and deficit disasters at home; and the decades-long coddling of homicidal aggressors like North Korea and Iran abroad. We simply prefer to ignore those long-term dangers rather than incur the sacrifice of our own pleasures and comfort by spending the resources and lives necessary for preempting the greater suffering that will follow our inaction.

The role of “mountebanks,” demagogues, in the self-interested short-sighted political calculation touched on earlier is further expanded by Tocqueville: “The people, surrounded by flatterers, find great difficulty in surmounting their inclinations; whenever they are required to undergo privation or any inconvenience, even to attain an end sanctioned by their own rational calculation, they almost always refuse at first to comply.” Our unfunded liabilities and metastasizing debt are again perfect examples. Most voters understand that Social Security and Medicare are unsustainable, given the relentless expansion of benefits and those qualified to receive them, and the demographic time-bomb caused by more retirees––10,000 Boomers a day are entering those two programs––and by fewer workers contributing the payroll taxes necessary to fund them: In 1950 there were 16 workers for every retiree; in 2013 there were fewer than three, and that number is projected to keep declining.

But even though the “privation and inconvenience” required for saving these programs from insolvency is never proposed for existing retirees, any talk of reform is vigorously resisted by senior voters, who comprise one-quarter of eligible voters, about 65% of whom turned out to vote in 2018. And they are egged on by special interest groups like AARP that lobby politicians (“flatterers”), especially Democrats, who always champion expanding redistributionist programs rather than reforming them. Here, too, Tocqueville was prophetic: “The power of the majority is so absolute and irresistible that one must give up one’s rights as a citizen and almost abjure one’s qualities as a man if one intends to stray from the track which it prescribes.” That description fits Congress no matter which party is in control, and explains why nothing is being done to address this threat to our economic well-being.

Perhaps the most prophetic of Tocqueville’s warnings concern radical egalitarianism and the redistributionist policies created to achieve that aim––what the Founders called the “levelling spirit.” He calls radical egalitarianism “a depraved taste for equality, which impels the weak to attempt to lower the powerful to their own level and reduces men to prefer equality in slavery to inequality with freedom.” This spirit has long haunted American democracy, but the last decade has seen it expand exponentially. The simplistic and duplicitous slogan “income inequality” has become the progressives’ battle cry, while identity politics generates mythic narratives of the oppression and privilege that allegedly cause income disparities. This melodrama of inequality gives the left leverage for gaining the political power to create “social justice,” a euphemism for radical egalitarianism.

Tocqueville locates the seed of radical egalitarianism in the permanent flaws of human nature, especially the “feeling of envy.” Democratic institutions, which make people equally free, “awaken and foster a passion for equality which they can never satisfy,” in contrast to the “manly and lawful passion for equality” that spurs people to improve their lot. The “depraved passion for equality” cannot be achieved because the simple empirical truth is that people do not equally possess the virtues, talents, industry, and drive necessary for success. But since, as James Madison noted, inequality results from the easily observed “different and unequally faculties of acquiring property,” the solution to inequality will be found in the redistribution of property to achieve what the early progressives called “fiscal justice,” now morphed into the current “social justice.”

Once again Tocqueville is prescient on the nexus of radical egalitarianism and redistribution of wealth that can be achieved by policies devised by politicians accountable to the masses:

As the great majority of those who create laws have no taxable property, all the money that is spent for the community appears to be spent for their advantage, at no cost of their own; and those who have some little property readily find means of so regulating the taxes that they weigh upon the wealthy and profit the poor, although the rich cannot take the same advantage when they are in possession of the government . . . In other words, the government of the democracy is the only one under which the power that votes the taxes escapes the payment of them.

Even taking into account the differences between our tax regime today and the observations of Tocqueville, his analysis is borne out by our highly progressive and redistributionist tax system: According to the Tax Foundation, in 2016 the top 1% paid 37.32% of income tax revenue; the top 5%  paid 58.23%; the top 10% paid 69.47%; the top 50% paid 96.96%; and the bottom 50% paid 3.04%, while 45% of taxpayers paid nothing. Moreover, two-thirds of this annual revenue is redistributed through entitlement transfers. As for the payroll taxes paid by all workers that make them think they pay for these benefits, the average recipient of Social Security and Medicare will take more from those programs than he paid into them.

Despite this extensive redistribution of others’ wealth, the current crop of socialist Democrats wants to raise tax rates significantly or impose a “wealth tax” to generate even more funds for redistribution to their political clients. But the solutions to the manufactured income inequality “crisis” all come at the cost of prosperity and economic growth, and if implemented would lead to the same fate that has followed every other experiment in forcing equality: “equality in slavery” rather than “inequality with freedom.” The thug regimes of Cuba and Venezuela today are graphic examples of this truth.

It is confirmation of the dangers of modernity’s technocratic hubris that despite the record of history and the warnings of prophets like Tocqueville, the Democrats today are calling for an economic and political system like socialism that will worsen the dangers that our indulgence of modernist delusions have created over the past century. These are the wages of ignoring the past and earlier thinkers, and substituting the fads of modern scientism for traditional wisdom and common sense.