Pandemics Are the Health of the State 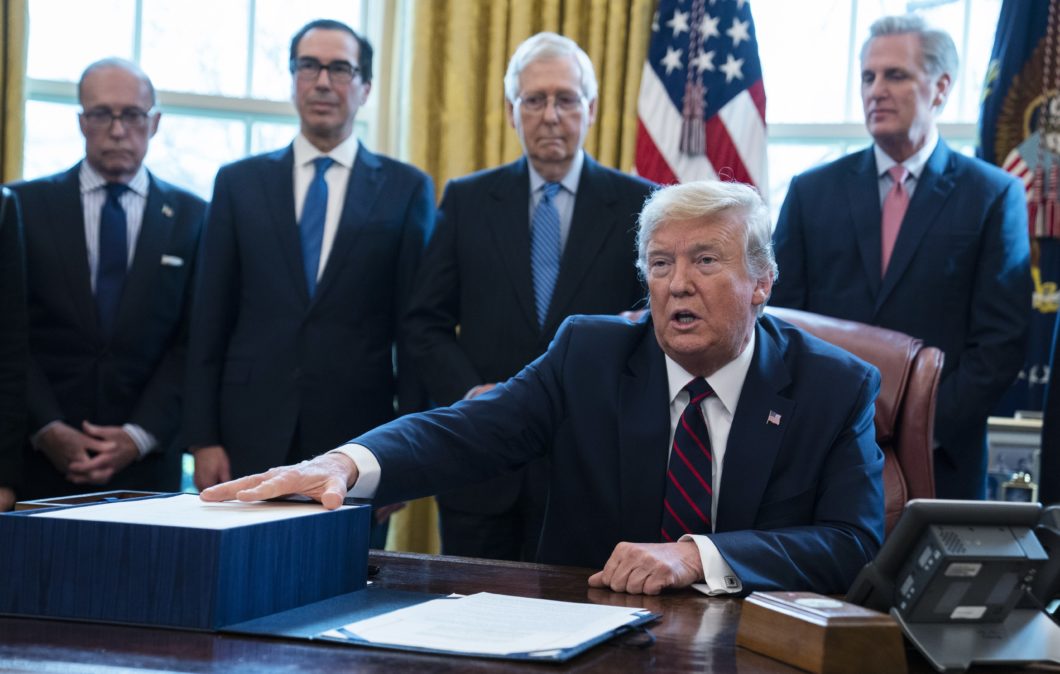 Whatever we might think of the concept of historical inevitability, one thing seems predictable: that when the present epidemic of the new coronavirus is over, there will be much debate over the lessons to be drawn from it. These lessons will depend on assessment of the effects, both positive and negative, of what was done during it. It is unlikely that any debate will be conclusive, in the sense that no rational man could disagree with any particular conclusion; the ideological noise will be loud, even deafening.

In fact, the debate is already beginning, though the end of the epidemic is not yet in sight and vital questions, for example as to the true fatality rate of infection, are still to be answered. Even this question, which seems purely factual, will give rise to multiple revisions. And what is the proper measure of severity in any case, number of deaths occasioned, or number of years of human life lost? The two measures may give very different notions of how serious the epidemic was, at least by comparison with other epidemics.

The more variables, the more scope for reasonable disagreement, and no doubt for unreasonable and acrimonious controversy also. How far were the measures taken effective and therefore necessary? Could and should they have been taken sooner, or could and should they have been more targeted at the especially vulnerable? Did anyone properly take into account the negative effects of what was proposed? There will be histories and revisionist histories for a century to come.

In France, much of the commentary so far examines the proper role of the state in ameliorating both the epidemic itself and its economic after-effects. The predominant message is that state action is the only means by which this can be done; and I think few would dispute that, whatever the role of the state ought to have been, or ought to be in the future, the state, relative to the rest of society, has in fact been considerably strengthened by the epidemic. Furthermore, there are many who want it to be strengthened yet further, and who welcome the quasi-totalitarian control of people’s lives that the epidemic provoked. Jean-François Revel wrote a book titled The Totalitarian Temptation more than forty years ago, and totalitarianism is still tempting, at least to some; I still hear eulogies to the war years, when the population was said to have eaten more healthily than ever before thanks to government allocation to all of a carefully- and scientifically-calculated nutritious and balanced diet. We did it then, why can’t we do it now, especially as overeating of the wrong foods has led to an epidemic of diseases such as Type II Diabetes? The cost of this is often borne by the public purse; why, therefore, have the keepers of the public purse not the locus standi to dictate the population’s diet?

Consistency, at least in matters of public policy, is no doubt the hobgoblin of little minds, and not every argument has to be followed to its logical conclusion. Philosophical abstractions cannot be the sole guide to our political actions, though neither can they be entirely disregarded. The man with no principles is a scoundrel; the man with only principles is a fanatic.

A foretaste of the discussions and no doubt political disputes to come was published in the French left-wing newspaper, Libération, on the 27 March. The newspaper has come a long way in the direction of reason and moderation since its foundation by Sartre in his most Maoist days and is now a journal of the domesticated left. The article that caught my eye bore the headline “Covid-19: the return of the Welfare State?” It is by a Jesuit professor, Gaël Giraud, at one of France’s elite colleges.

The following words are printed in red: “If there are French dying of coronavirus, it is because three decades of budgetary austerity have reduced the capacity of our public hospital service.” Most of the article is an attack on the bête noire of practically all French intellectuals, the so-called neoliberalism, that is to say the economic policies that have been followed (with variations) by all western countries in the last few decades.

No doubt there are many things to be said against those policies: for example, their propensity to produce bubbles with seemingly accelerating frequency. These are the result of the desire to reconcile spending more than we earn with keeping visible inflation down, which results in the issuing of money and debt on the one hand and the outsourcing of production on the other, ordinary goods remaining cheap while asset values increase out of all proportion to their returns. Moreover, one of the greatest spenders of more than it earns is the state for—among other things—the maintenance of the welfare state. There is a liberal aspect of this policy, it is true, namely the free movement of capital; but in its aspect of the public provision of services such as healthcare, pensions, education, etc., it would be as accurate to call it neo-socialist as to call it neo-liberal. Perhaps the best term would be neo-corporatist, in so far as it is large corporations and government bureaucracies that most benefit from the policy, a tendency that the shut-down of small businesses during the epidemic can only reinforce.

It seems to me curious that an intelligent, highly-educated and almost certainly very decent man could write such an article as the above without reference to the fact that public expenditure in France already represents 55 per cent or more of GDP, and that France has some of the most generous welfare provisions (generous, that is to their recipients) in the world, as well as some of the most rigid employment protections. None of this is liberal, at least in the economic meaning of the word liberal.

The author draws attention to the difference between France and Germany in the matter of provision of intensive care beds, so necessary during this epidemic (though probably affecting the overall death-rate less than often supposed). Germany has many more such beds than France, but the author fails to notice that the proportion of  GDP of the public sector in Germany is 13 per cent lower than that of France, and indeed in South Korea, where everyone is agreed—at least for the moment—that the epidemic was best-handled (revisionist interpretations are likely), the share of public expenditure of the GDP is less than a third of France’s.

This would suggest, at the very least, that the question is one of the efficiency of, or choices made by, the public sector, rather than of the “austerity” imposed upon it: and this in turn assumes that the determining factor of a country’s death rate from the virus is its hospital treatment of it, which may or not be the case. I do not say it of this author as an individual: but I have little doubt that there are many who will want to use the epidemic as a pretext for exerting more power and control over the population.