Parole Undermines the Rule of Law 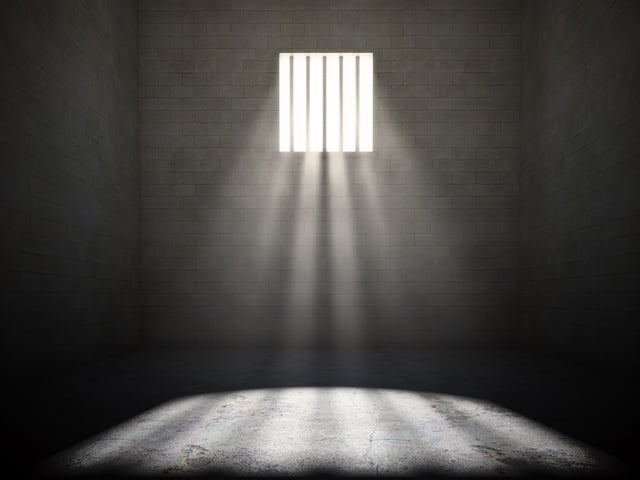 When I was a medical student, we were often tested by multiple-choice questions that were marked by computer. There was one among us who consistently got fewer questions right than could have been expected by chance. The puzzle then was whether this implied knowledge of a mirror-image kind: he was like someone with a talent for losing money in a rising market.

The almost unfailing ability of British politicians, bureaucrats and journalists to grasp the wrong end of any stick continues to astound me. This too implies knowledge of a kind: they know that the right solution would require courage to implement, and therefore they eschew it.

The case of John Worboys illustrates the point. He was a taxi-driver in London who used his position to attack women sexually. He would tell women-passengers that he had just won a lot of money (showing them a bagful of the stuff) and then offer them drugged champagne to celebrate his good fortune. Then he would assault or rape them.

In 2009, he was convicted on one count of rape, five of sexual assault, one attempted sexual assault, and twelve of drugging women. The police suspected that he had committed at least another 100 assaults. He was sentenced to a minimum of eight years’ imprisonment, the judge saying that he should not be released until the Parole Board had determined that he was safe to release.

Most of the commentary that ensued – hours and acres of it – was wholly beside the point, with the result that the principal remedy suggested to prevent a recurrence of such cases, the ability of victims of crime or the general public to have a say in decisions over the granting of parole, was deeply and horribly flawed: and it revealed how disturbingly shallow is our understanding, or our regard for, the rule of law.

The disregard for the rule of law reaches high in the administration and educated public. In his initial defence of the Parole Board from its critics, its head, Nick Hardwick, said:

The law governing the Parole Board’s decisions is quite clear. We have to make decisions about future risk…. The decision about future risk will be informed both by evidence of how the prisoner has changed and the robustness of plans to manage him or her in the community.

But the lawyer who brought the case before the Appeal Court on behalf of the victims said:

It was immediately clear that all those who had encountered Worboys previously were convinced he was a danger to women and would offend again.

And one of the appeal judges said acidly that Worboys displayed:

In other words, he had succeeded in pulling the wool over the eyes of the people who decided whether or not he should be granted parole.

Before he resigned, Hardwick, the head of the Parole Board, pleaded in defence of his organisation that it was impossible to predict recidivism with absolute accuracy, but also said that he welcomed the idea that the public should have its say in the process.

This is all very dispiriting, to me at least. Allowing the public to have its say in the granting of parole would lead to a kind of plebiscitary justice, for it is difficult to conceive that any decisions would ever be taken that defied the strongly-expressed views of large number of people: but whether any such opinions were expressed at all would be a matter of chance or factors that have nothing to do with justice. The belief of Worboys’ victims that he would repeat his crimes if released was no firmer evidence than his psychologists’ belief that he wouldn’t repeat them. The suggestion that the public should have a say is therefore populism in its most malign form.

Hardwick was obviously right to point to the impossibility of predicting with any degree of certainty what he called ‘future risk’, but he did not conclude from this that he had been engaged for years at a high salary on work that should never have been done. The judge clearly thought that Worboys had succeeded in deceiving those who assessed him, despite the fact that they had read 360 pages of reports: but the fact is that the judge’s impression was itself of no greater evidential value than that of the people whose naivety he was implicitly criticising.

In short, to speculate on the future conduct of prisoners as the basis of whether or not to release them from prison is to render punishment arbitrary, and therefore against the rule of law. In effect, it is to reward or punish presentation skills. In any case, a man is to be punished for what he has done beyond reasonable doubt, not for convincing or failing to convince others that he has more than a 70 or 80 per cent chance (however calculated) of not doing it again if released.

If parole is granted, it should be granted as of right, as laid down by simple legal rules. There are, of course, good reasons why a man who has been in prison for a long time should be released gradually, but the process should not be in the gift of bureaucrats, doctors, social workers and psychologists who cannot know beyond reasonable doubt what they would have to know beyond reasonable doubt for parole to be compliant with the rule of law.

The furor over the deficiencies of parole have successfully concealed from the public something more important, namely the woeful inadequacy of sentencing in Britain that has helped to turn the country from being one of the best-ordered to being among the worst-ordered countries in Western Europe. That a man who was found guilty of having raped one, assaulted five, and drugged twelve women, should receive so derisory a sentence is, unfortunately, perfectly normal, at least in the sense of being par for the course. A 14 year-old boy recently fashioned a club, sowed it with nails, and beat an old women with it to within an inch of her life, in order to rob her of the key to her shop. He was caught and ordered to pay her $28 in compensation in four years’ time, and placed under a supervision order that would hardly interfere with his life at all.