Political Cover Up: A Tale of Two Cities 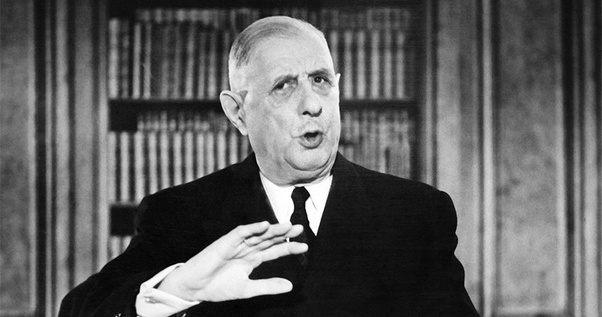 Exact interpretation of the utterances of President Donald Trump, the American Sphinz, is a precarious occupation, one that even the Oracle of Delphi might find too difficult. One can expect differences of opinion on whether Trump believes the Kremlin meddled in the 2016 presidential election or whether he accepts the conclusion of the U.S. intelligence community that Russia did interfere in the election, Yet the comment in a tweet by former CIA Director John Brennan on July 16, 2018 about Trump’s press conference in Helsinski goes far beyond rational criticism: “It rises to, and exceeds, the threshhold of ‘high crimes and misdemeanors.’ It is nothing short of treason.”

As though he was expecting civil war, Brennan encouraged Americans to rally against Trump to keep the country “strong and safe.” The reasonable position is that, even accepting that Trump’s performance was poor, and that Russian President Vladimir Putin may have had the upper hand, treason doth never prosper, if it prospers none dare call it treason.

Some questions on presidential or official government behavior are in order. Why did the president not inform judicial authorities about improper and illegal behavior by an associate on his behalf? Why did he not immediately refer the case to prosecutors as public officials are supposed to do? For forty years, questions have been asked concerning the clandestine and illegal activities of five men who broke into the headquarters of the DNC in the Watergate office complex in Washington, D.C. on June 17, 1972. More politically important than the crime was the cover up by President Richard Nixon and his administration.

Watergate may be the lodestar of cover ups, to conceal or not acknowledge the regrettable behavior, but it was not the first or the last, nor confined to the U.S. French military authorities who disgraced themselves and the French Republic in 1894 by planting forged documents in the file of Alfred Dreyfus to suggest he was a spy and had committed treason. Cover ups were central in the Harding Teapot Dome scandal in 1922, and were in the Soviet Union when Mikhail Gorbachev waited three weeks before revealing the malfunction in the Chernobyl Nuclear Power Plant in Ukraine in April 1986. British Cabinet ministers in 1964 refused to tell the Prime Minister Alex Douglas-Home that Anthony Blunt, the surveyor of the Queen’s pictures, had confessed to supplying the KGB with thousands of documents while working for MI5 during World War II.

Is it the same old story in Washington D.C. and Paris? Now there is a controversy over a cover up, or attempted cover up, concerning another leader, French President Emmanuel Macron and his administration. This is “Benallagate,” a chain of attempted French cover ups. The affair is particularly paradoxical because Macron has called for transparency and integrity in the nation’s highest office to ensure a Republic of responsibility.  It is the first scandal to affect Macron, accused of maneuvers to cover up information about a felony by a member of his security team.

This new, ongoing scandal concerns the behavior of 26 year old Alexandre Benalla, a member of the French security service, head of the detail in 2017, and bodyguard of Macron. Benalla, a kind of French Rambo, was trained as a gendarme in 2009 but left the service several years later. He did play a role in security arrangements during Macron’s 2017 presidential campaign.

It is sill unclear whether Benalla was officially authorized to attend and observe law enforcement at the May Day, May 1, demonstration by labor unions on a Left Bank street in Paris. However, he acted as a policeman, wearing a police helmet with visor, and an official police armband, the attire of riot police, while dressed in casual clothes, not police uniform. Unfortunately, besides the peaceful unionists, there were 1,200 Black Bloc protestors, individuals who wore black clothing and ski masks to conceal their identity. They attacked the police and property, smashing shop windows. Benalla responded. Two videos showed he had beaten two people, pulling and dragging a woman, and hitting a man who fell to the ground several times. At the very least, Benalla had exceeded any official authorization to act, and disrespected the rule of law.

Why was he not immediately brought to justice for his violent actions? The Minister for Interior Gerard Collomb claims that after being told of the incident he informed Macron on May 2, a day after the incident, of the issue. However, though Benalla’s superiors at the Elysee Palace were  responsible for reporting his actions, it was also the duty of Collomb to inform the legal authorities. Article 40 of the Penal Code, approved in March 1994, states that any constituted authority or public official who learns of a felony, or misdemeanor is obliged to notify and transmit information and relevant documents to a district prosecutor. Collomb did not do so, saying it was up to the president to respond.

However, Benalla was suspended by the president’s office for two weeks without pay, given a official warning and demoted. Yet, this was a weak sanction. He continued in the security system, attending the burial of Simone Veil at the Pantheon, taking part on July 14 in welcoming home France’s successful soccer team in the World Cup, and was present at Macron’s summer home. Benalla was only fired on July 20, 2018.

Macron, glorying in the French football victory, at first limited his comments to “shocking and unacceptable.” It took over two months, and only after videos of Benalla’s actions were published by Le Monde, for the government to inform prosecutors of the incident, an indication of clear damage control.

On July 22, 2018 Benalla was formally charged with and is being imvestigated for gang violence and impersonating a police officer, but the puzzle over the actions of the Macron administration remains. Particularly striking was that Benalla, after the incident, was allocated an expensive apartment in a fashionable part of Paris, Quai Branly, in a place reserved for presidential staff, and given a car and chauffeur.

This decision, inconveniently, evokes the memory of the double life and peccadillos of the former President Francois Mitterand. Though married for 50 years to a wife with whom he had three children, he also for many years had an intimate relationship 1981-95 with an art historian Anne Pingeot, a woman 27 years younger than himself, and with whom he fathered a daughter. He spent evenings with Pingeot in her residence in the same complex in Branly as that given to Benalla.

Other French presidents, de Gaulle, Pompodou, Chirac, Sarkozy, Hollande, have had problems with misdemeanors or worse. Under President Charles de Gaulle, the Civic Action Service, SAC, a parallel police service answering directly to the president, was created in 1960 by Jacques Foccart, de Gaulle’s advisor on African affairs, engaged in a policy of order, and protection against terrorists. But it was associated with underworld groups, and acted in covert, sometimes brutal and illegal acts, including assaults, illegal drug traffacking, bombings, robberies, and assassinations. The SAC was dissolved in 1981 after a multiple murder affair, the result of internal rivalries. Part of this story is presented in the 1973 film The Day of the Jackal, dealing with the failed attempt to asassinate de Gaulle.

President Georges Pompidou’s administration was responsible for installing recording devices in offices of the critical, satirical magazine Le Canard Enchaine. In similar fashion, Francois Mitterand’s officials installed a secret cell supposedly for anti-terrorist purposes in the Elysee Palace itself, but really to prevent his unorthodox private life being revealed. About 3,000 conversations were recorded by this secret group, and a number of literary, cultural, and political personalities were secretly put under surveillance.

These presidents were not punished nor were others. Jacques Chirac was involved in secret financing of his political party, Rally for the Republic, and giving jobs in city hall to party members. Nicholas Sarkozy was accused, perhaps unjustly, of supervising attempts to spy on investigating journalists, but he did accept 50 million euros, illegal campaign funds, from Libyan dictator Muammar Gadaffi.

It is gratifying, if not the end of the matter, that President Macron on July 24, 2018 said that he and he alone was responsible for this affair, and others should not be blamed. He was the one who had trusted Benalla as a campaign supporter and loyal employee.

The open question is whether this incident is much ado about nothing. The Macron administration did not engage in any intimidation or threats, and all incriminatory evidence is available. Benalla deserves punishment. At the same time political opportunism and effort to maintain the dignity of the French presidency can explain, but not justify, attempts at a cover up. Yet, the French judicial system might rest content with the thought that an exemplary Republic does not imply making no mistakes.

PrevISIS claims responsibility for (nothing to do with Islam) Toronto shooting
The Mosque At Basking Ridge: A Morality Tale? (Part 4)Next