In the past certain venues have naively taken bookings from Islamic groups for events with speakers such as Haitham al Hadaad and Abdur Raheem Green but when their unsavoury credentials have been pointed out the booking has been cancelled, and the lesson re future bookings learned. Many universities here and abroad will not countenance hate preachers of this calibre. However SOAS is not an innocent conference cente or hire hall. SOAS  is part of the problem. From Breitbart.

A hardline Islamic preacher who has attacked Jews, glorified violent jihad, and supported wife-beating has addressed students at a prominent London university. 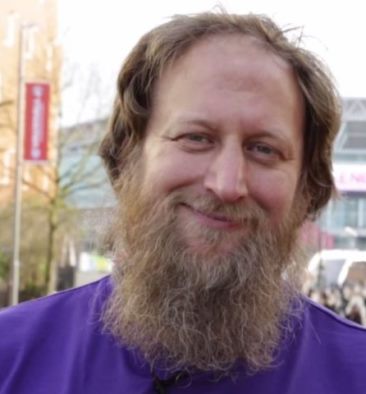 The Islamic Society at the University of London’s School of Oriental and African Studies (SOAS) invited Abdur Raheem Green to speak at their annual charity week dinner on November 4th.

The University’s Student Union (SU) has a strict “safe space” policy, which promised to protect students from events that are “hostile or exclusionary or triggering”, “promote equality and diversity”, and “prioritise” women’s rights. In November last year, the SU was accused of banning the liberal Muslim journalist Mona Eltahawy, who advocates a “sexual revolution” in the Islamic world, as she might “offend” Muslim students.

However, defending the decision to host Mr. Green, the SU stressed their commitment to “free speech”.

Mr. Green has previously written that conflict between Islam and Western societies is “ordered in the Koran” and told his followers that “Islam teaches its followers to seek death on the battlefield”. He has claimed men can use “physical force” on their wives and has been caught on camera in London’s Hyde Park abusing a Jewish man. He said: “Why don’t you take the Yahoudi [Jew] over there far away so his stench doesn’t disturb us?”

The Australian government put him on a travel “watch list” and banned him from travelling to the country in 2005. He has also been barred from speaking at Canadian universities and attending Arsenal football games because of his anti-Semitic statements.

His history, however, did not stop the Muslim students embracing him at the London university.

A spokesman for the SOAS SU told the Evening Standard: “The union supports the school’s values on freedom of speech. This can only be conducted effectively in an atmosphere of open inquiry, mutual tolerance and intellectual freedom.

A university spokesman added: “SOAS is committed to maintaining a neutral platform and ensuring that all members of our diverse community are free to express their opinions. However, this does not permit the expression of views that are against the law.”