President Macron: tone-deaf, or just not that bright? 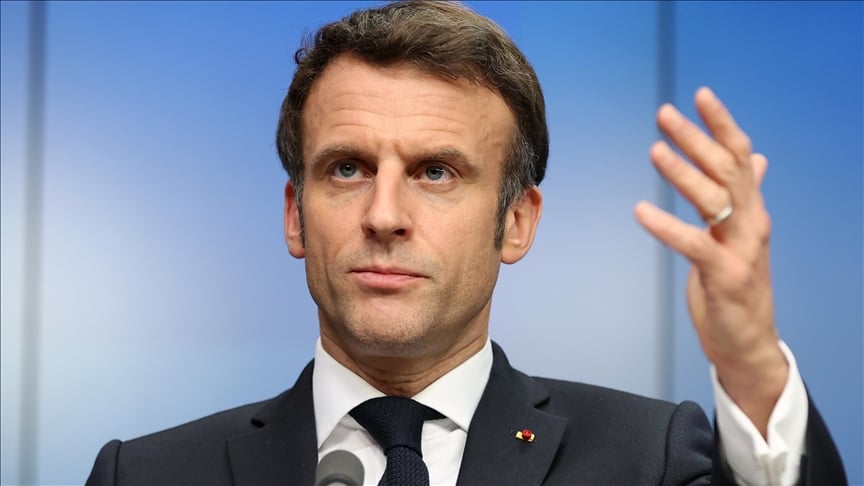 Apparently, President Macron of France has an irresistible urge to be admired as a profound strategic thinker — perhaps even as a grown-up in the room. To that end, he deploys a rather interesting strategy: talking when it is much better not to. A week or so ago he disburdened himself of a piece of deep wisdom that “We must not humiliate Russia so that the day when the fighting stops we can build an exit ramp through diplomatic means.” It rubbed Ukrainians the wrong way, and understandably so. For one, the timing was bizarre: talking of “not humiliating” Russia while Russian artillery was pulverizing Ukrainian towns and positions and killing hundreds of Ukrainians per day was, shall we say, a little tone-deaf. Nor was the “we” in that sentence particularly well-placed, given that the fighting and dying was done not by the French, but by the Ukrainians. France, after all, is not under an assault.

In the ensuing brouhaha, Mr. Macron seemed to have backed down — only to shock us with the depth of his wisdom yet again: “At some point, when we will have done our maximum to help Ukraine resist — when, as is my wish, it will have won and the firing has ceased — we will have to negotiate,” said Mr. Macron” according to the New York Times . The “we” is still there, as is the talk of negotiations.

We learned on February 24 how well this agreement worked out for Ukraine; and yet, the high-minded Mr. Macron enlightens us, lesser creatures, that “The president of Ukraine and its leaders will have to negotiate with Russia, and we Europeans will be around that table, bringing security guarantees.”

Europe already gave “security guarantees” to Ukraine in the Budapest Memorandum, Mr. Macron — and we know the result. What will really bring security guarantees, is not another piece of paper signed under President Marcon’s august auspices, but the hard-learned lesson that aggression does not pay,. For Russia to learn it, its army needs to be hit hard, and compelled to retreat into the Russian territory. And for that to happen, Ukraine needs not the high-minded words about hypothetical negotiations — but arms.

It makes sense to talk about not humiliating Russia only after Russia had been humiliated. And, Russia swallowing one Ukrainian town in Donbas after another, we are very far from that indeed. As the good book has it, Mr. Macron, “To every thing there is a season, and a time to every purpose under the heaven: … a time to keep silence, and a time to speak; A time to love, and a time to hate; a time of war, and a time of peace.”

Mr. Marcon would do well to learn when to speak — and when to bite his tongue, defying the urge to show us how very smart he is. As the war in Ukraine grinds on, it is better for him to mind that this is “a time to keep silence” — silence about diplomacy, that is. If, on the other hand, Mr. Macron wants to announce delivery of heavy artillery systems to Ukraine, he is, of course, most welcome to speak up. This, after all, is the “time of war”.

PrevWe must stop sweeping woke antisemitism under the rug
SchlimmbesserungNext