Presidential Candidates and the Sacred Cow of ‘Occupation’ 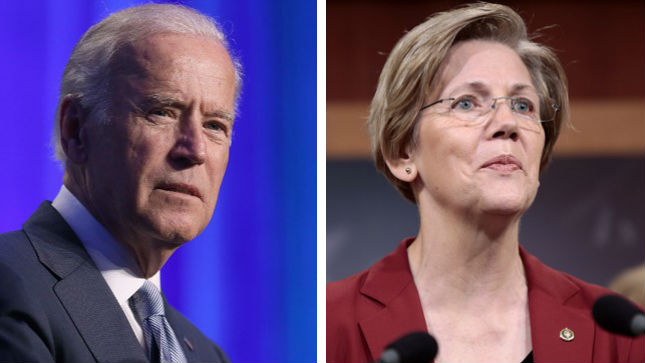 Even before blasting Israel’s decision to bar Democratic US Reps. Ilhan Omar and Rashida Tlaib — supporters of the Boycott, Divestment, and Sanctions (BDS) movement — Democratic presidential candidates had tripped over the Israeli-Palestinian conflict.

On the campaign trail earlier this summer, all three were baited about “the occupation” by professional staffers of IfNotNow. IfNotNow is a decidedly anti-Israel group, which boasts its Jewish bona fides when convenient.

Asked if he would, as president, “pressure Israel to end the occupation,” Biden reportedly responded, “Do you know anything about my record? Then you know I have.”

As vice president, Biden — like his boss, President Barack Obama — imagined that Israeli hesitation to repeat in the West Bank the deadly fiasco of its 2005 withdrawal from the Gaza Strip prevented peace. Somehow, Palestinian rejectionism, incitement, and terrorism were not the 800-pound gorillas that destroyed diplomacy.

In addition to his remarks about the “occupation,” Biden also said that Jewish communities in the West Bank were “unnecessary” and “the only answer is a two-state solution … and the Palestinians have to step up, too, and be prepared to stop the hate.”

But Biden should learn from history.

In agreeing to the 1993 Oslo “peace process,” the Palestinian side promised to “step up,” end anti-Israeli, anti-Jewish incitement, stop terrorism, and resolve all outstanding issues through negotiations. It never happened.

Furthermore, when offered an end to occupation via the “two-state solution” and peaceful coexistence in 2000, 2001, and 2008, Yasser Arafat and his successors took a hike. Instead of negotiating, Arafat launched the Second Intifada, a terror war in which 1,100 Israelis and foreign visitors were murdered.

Mr. Vice President, they rejected your efforts to restart talks in 2014, and Secretary of State John Kerry’s bid to do likewise in 2016. Have you forgotten?

And what about the so-called “Occupation”?

As a result of Oslo, more than 90 percent of West Bank and Gaza Arabs live under the daily administration of either the Palestinian Authority or Hamas. The former is notoriously corrupt, and the latter a US-designated terrorist organization. Maybe the real problem is occupation of Palestinian Arabs by other Palestinian Arabs.

In any case, Israeli settlements comprise no more than five percent of the West Bank. The West Bank is disputed territory, whose status is to be decided by negotiations, according to agreements that the Palestinian leadership signed. Remember, Mr. Vice President?

Questioned by IfNotNow whether she would “push the Israeli government to end the occupation,” Warren said, “Yes, yes.” Of course she would. Her campaign hired Max Berger, an IfNotNow co-founder. The Progressive Zionists of California labeled Berger an “enemy of Israel” and called, unsuccessfully, for his firing.

Buttigieg declared “the occupation must end.” He added, “You can care about Israel’s future and believe in the US relationship and alliance with Israel without being on board with right-wing policies by the Netanyahu government.”

What “right-wing policies”? Allowing tons of humanitarian supplies into the Gaza Strip daily, while its Hamas leaders dig terror tunnels into Israel and permit the firing of rockets at Israelis? Admitting thousands of Palestinian Arabs to Israeli hospitals? Supplying water to Gaza and the West Bank in quantities far beyond those called for by Israeli-Palestinian agreements?

Some Israelis have objected to efforts by Netanyahu’s center-right Likud Party to enlist support from smaller parties that could be more accurately termed right-wing. But in terms of dealing with rejectionist Palestinian leadership, most Israeli voters see Netanyahu as less “wing” than realistic. That’s a key reason why he’s Israel’s longest-serving prime minister.

Despite their claims of an “occupation,” one occupation that does need to end is that of Democratic candidates’ minds when it comes to Palestinian propaganda and understanding the Palestinian conflict against Israel.

Eric Rozenman is a communications consultant for the Jewish Policy Center and author of Jews Make the Best Demons: “Palestine” and the Jewish Question.