Psychiatry and the Presidency 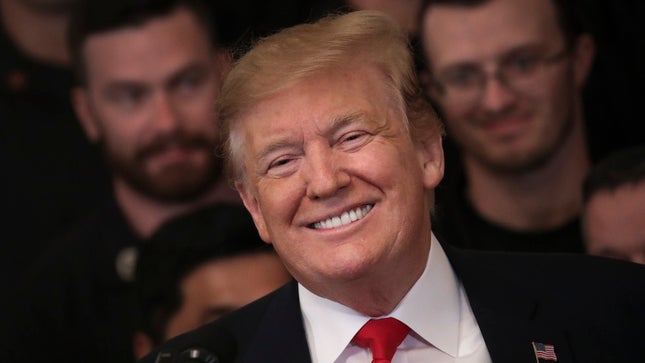 Hubris is an occupational hazard of politicians, but it is not completely unknown in the medical profession. The less certain the knowledge, the more likely the hubris: it is as if certainty were inversely proportional to its evidential justification.

Psychiatrists who pronounce with certainty on the mental condition of politicians whom they have never met, and about whom they have no more information than that available to anyone else, risk humiliation by subsequent events. They seem not to learn from previous example. Notwithstanding the debacle of many psychiatrists’ public assertions in 1964 that Senator Barry Goldwater was not fit psychiatrically to be President of the United States—assertions now acknowledged to have been absurd, unethical and mere political prejudice masquerading as medical diagnosis and prognosis—psychiatrists and “mental health professionals” have returned to the fray by declaring Donald Trump to be unfit psychiatrically to hold office.

Shortly after Mr. Trump’s election as President, Dr. Bandy Lee, a professor of psychiatry at Yale, edited a multi-author book titled The Dangerous Case of Donald Trump, the drift of which was that, because of his psychiatric condition, he was a threat to the survival of the whole human race. The authors presumably took comfort in the unanimity of their opinion, as did the hundred German physicists who denounced relativity theory because Einstein was Jewish. If they had been right, said Einstein, one would have been enough.

This book having failed to have the desired effect, the removal of Mr. Trump from office, Dr. Lee and others now contend that, because of the impeachment proceedings against him, there is a strong likelihood that he will “decompensate” psychologically and suffer from a full paranoid psychosis. His paranoid style of thought—the tendency to see enemies or plots everywhere, as well as to lie—will become fully delusional, and he will lose his ability, never very great, to distinguish between his thoughts on the one hand and reality on the other. And if Mr. Trump becomes fully delusional, he might blow up the world, for example by starting a nuclear confrontation on some paranoid whim with Russia or China.

There are a number of observations to make on this supposed justification for removing from office on psychiatric grounds. The first is that if Mr. Trump did not believe that there were plots against him, if indeed he were invincibly convinced that there were not, this would surely be delusional on his part, irrespective of whether or not his impeachment were justified on other grounds. For him blandly to say that he had no enemies in Congress, and that no members of Congress were meeting together to plan his downfall, would be a sign of madness, a loss of grasp of the most obvious reality.

Then, if Dr. Lee and others truly believed that the impeachment proceedings were driving Mr. Trump mad in the most literal sense, and that his madness might mean the end of humanity, one might have thought they would recommend, on the precautionary principle, a halt to those proceedings. What political cause could be more important than the prevention of the end of humanity by nuclear holocaust?

Again, Dr. Lee and others must have a very unflattering view of the United States and its system of government—something like an electoral tinpot dictatorship—if it supposes that the fate of the country, indeed the whole world, rests upon the mental state of one man, and one man alone, Donald Trump.

It seems that Dr. Lee and colleagues would prefer the rule of philosopher-psychiatrists to that of people with psychiatric pathology (the vast majority of the population, if the DSM 5 is to be believed). This is because, says Dr. Lee:

The one thing we are trained to do is to distinguish between what is healthy and what is abnormal, and when the pattern of abnormality fits it is pathology and not part of the wide variation of which healthy human beings are capable. What we recognise is a pattern of disease and that may look like another political ideology or another political style to the everyday person who is unfamiliar with pathology, but to us is a very recognisable pattern.

Interestingly, one of her prominent colleagues, Dr. Jerrold Post, has claimed that Winston Churchill, suffered from recurrent severe depression, of the type viewed as pathological in Dr. Lee’s sense. In my view, this view is factually mistaken; the evidence suggests no such thing. Granting for the sake of argument that Dr. Post is right, he is caught on the horns of a dilemma: if psychiatric pathology per se were grounds for exclusion from office, Winston Churchill would have been excluded from office, but if Winston Churchill were not so excluded, then psychiatric pathology per se is not grounds for exclusion from office. What is needed in addition is purely political judgment. In other words, Dr. Lee et al. are not making a purely scientific judgment; they are making one that is at least half political.

Dr. Lee is a believer in a version of the basket-of-deplorables hypothesis. She says that the President’s psychosis is catching, and that it is a public health problem because he is able to transmit it to others. Thus, people who voted for or supported the President did not have a different opinion, they had an illness. As Dr. Lee believes that the President is, quite literally, incapable for medical reasons of making a rational choice, this applied to millions, tens of millions, of her fellow citizens—who, of course, should really be her patients.

Another of Dr. Lee’s close associates, Dr. Zinner, said that anyone who disputes his own judgment does not have an alternative viewpoint because his own views are “the product of very sound psychology, that comes mainly from psychoanalytic theory, but is very established and sound and studied.” To disagree with Dr. Zinner is therefore, in his own view, “just ignorance and dismissiveness,” not a viewpoint at all.

It hardly needs pointing out (except to the likes of Dr. Lee and colleagues) that psychiatry is not an exact science, and much of it—psychoanalysis, for example—is not a science at all. To leave the state to the discretion of psychiatrists is like leaving industrial policy to alchemists or public health policy to astrologers. It presumably would come as a surprise to them that educated voters for, and supporters of, President Trump are well aware of his character defects, which after all require no very great psychological acuity to descry, but prefer him to the alternatives for political and economic reasons. They may be right or they may be wrong, but they are not ill, and at least they are not trying to invalidate the political opinions and choices of their opponents on spurious, potentially dictatorial, psychiatric grounds.